Redwood refers to "Stewart's Oil works" on the "Stewart Estate", West Calder, which operated between 1863 and 1865

Landowner Captain Robert Steuart advertised the lease of minerals in his lands of Westwood and Westwood (Breichdykes) in August 1864, noting that the site was "well suited for an extensive Mineral Oil Work". Presumably no attractive responses were received as Steuart chose to developed mines and a oil works himself, under the titles Robert Steuart & Co. and Westwood Oil Co. When the Caledonian Railway company's West Calder loop line was under construction, a report in the Scotsman of 26th November 1868, indicated that the railway "will shortly be connected with (the oil works) belonging to Mr Stewart of Westwood". Workers housing - Westwood old rows - was built in the most distant corner of the estate. Very little is known about the oil works, which first appeared in valuation rolls in 1866. Court of Session papers, CS96/5038, held in the National Archives of Scotland include plans and correspondence between Robert Steuart and C H Pennycook and Company, engineers, Glasgow, after oil works condensers supplied by Pennycook failed to meet requirements. The works remained intact until about 1871, at which time mineral rights, and Westwood Rows, were leased to Young's Paraffin Light and Mineral Oil Co. Ltd.

No map showing the location of the works is known to exist, and the second edition OS map, surveyed in 1895 provide few clues as to the site of the works or route of the railway branch that served it. Various "old shafts" are marked in the area, some of which are also shown on the 1856 survey and likely to represent old coal workings. Aerial photographs from about 1950 clearly show the curving route of the branch railway, presumably picked out in contrasting vegetation, and also a contrasting area of waste tipped down the steep-sided valley of the Breich Water.

Today, several areas of weathered and concreted masses of spent shale remain apparent on the valley side, likely to represent a succession of points where spend shale was dumped into the valley. A curved section of low embankment marks the route of the branch railway north of the A7015, but to the south of the road the route has been obliterated by construction of the ill-fated Freeport shopping outlet. Further south, any surviving traces of the railway route, and the site of the oil works, have been buried beneath moss and reeds. 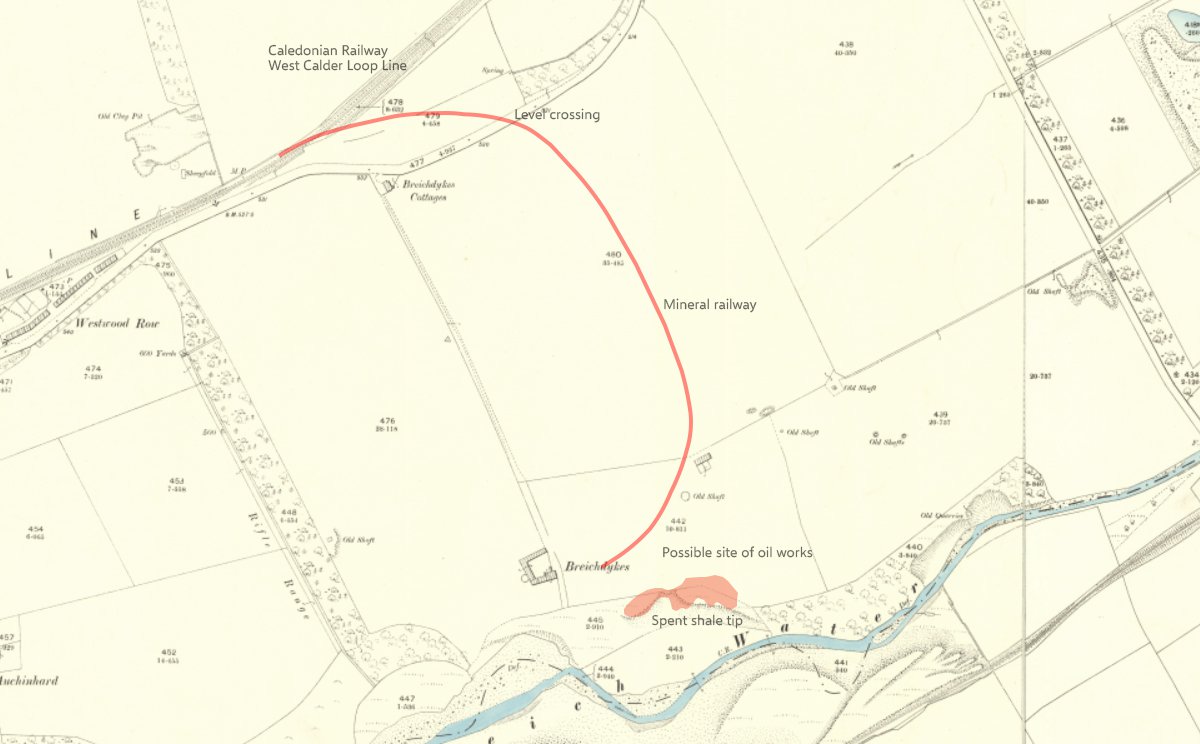 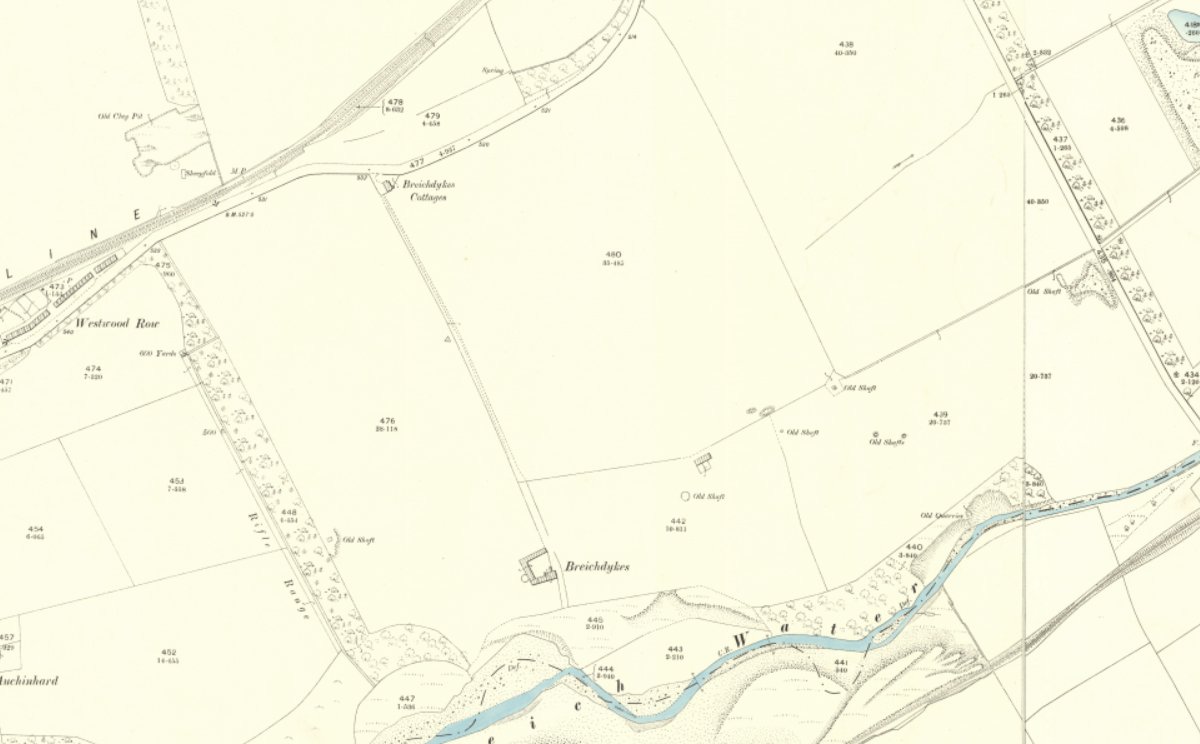 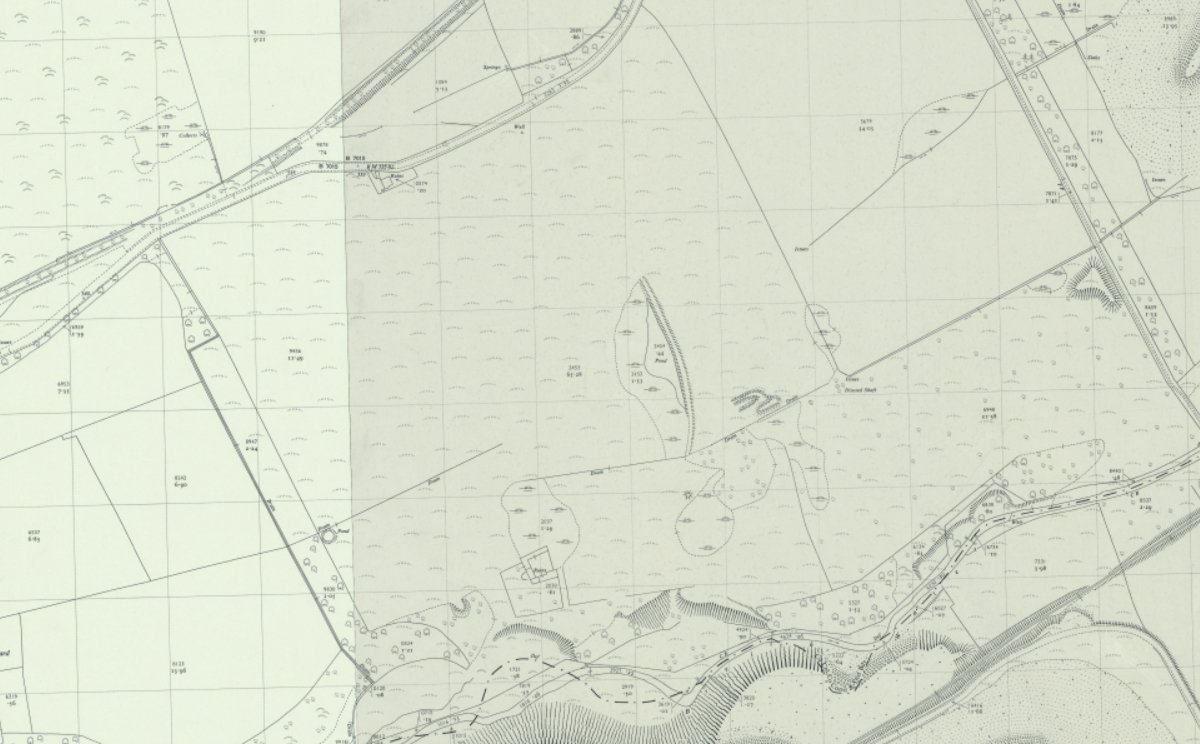 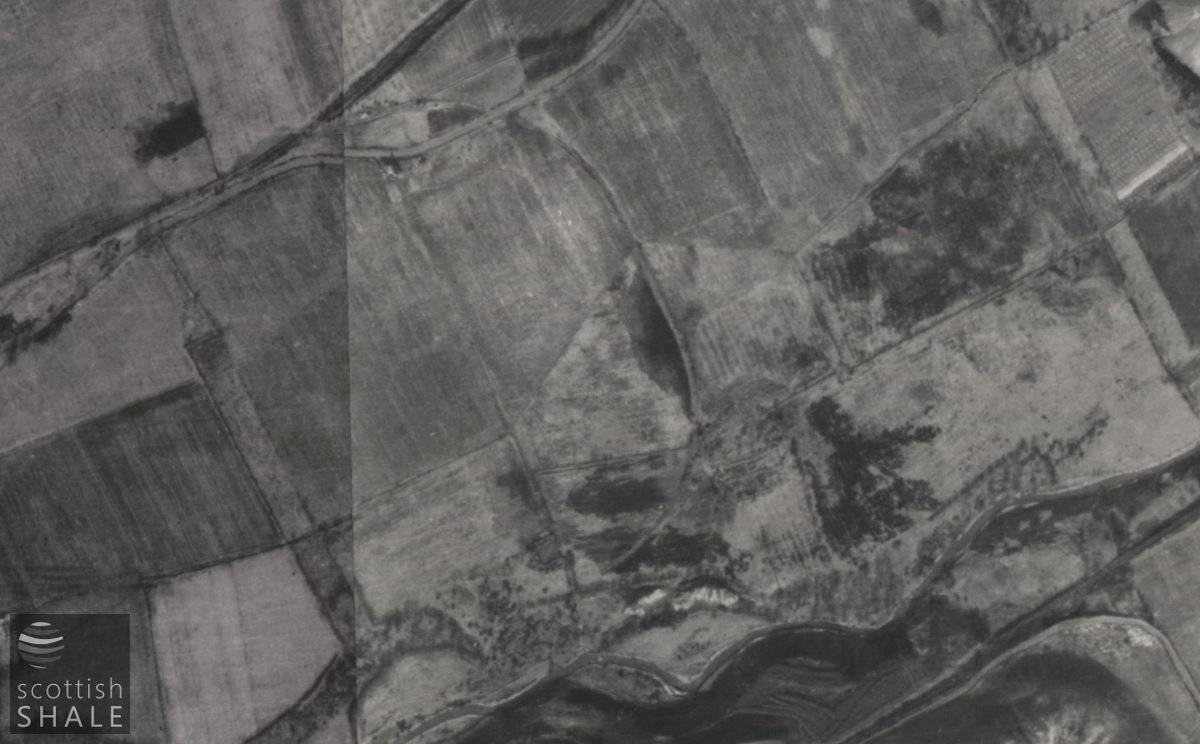 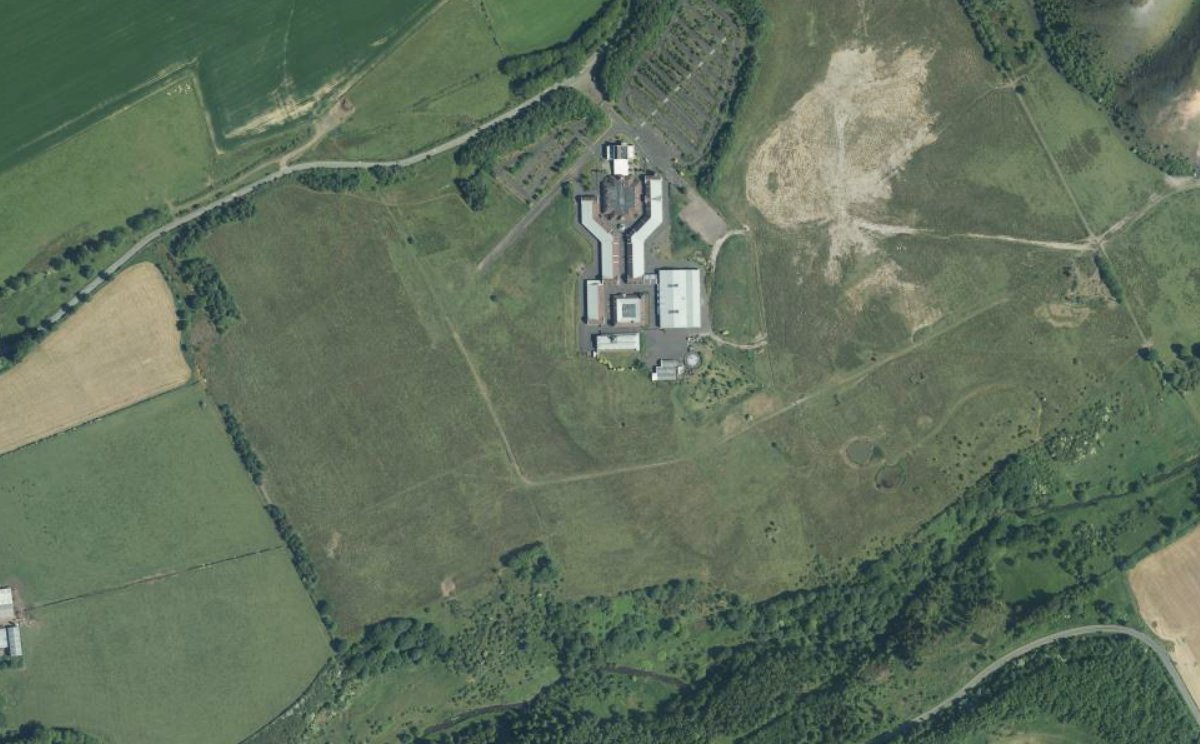 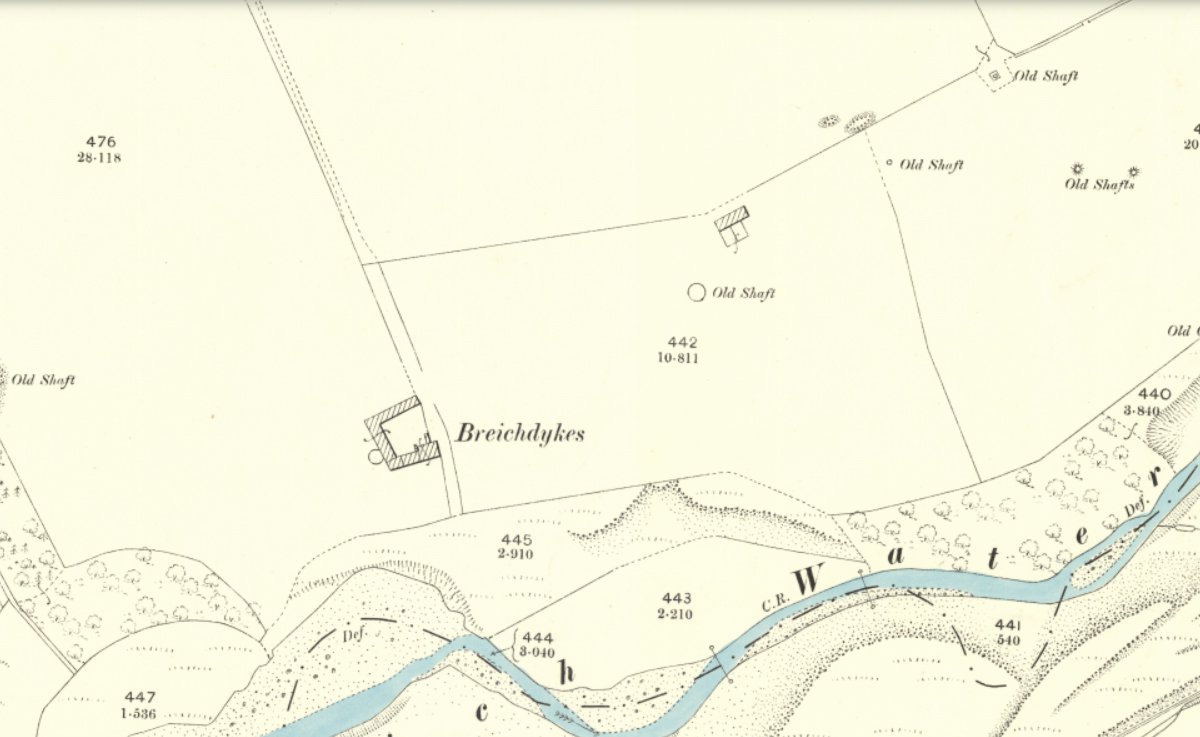 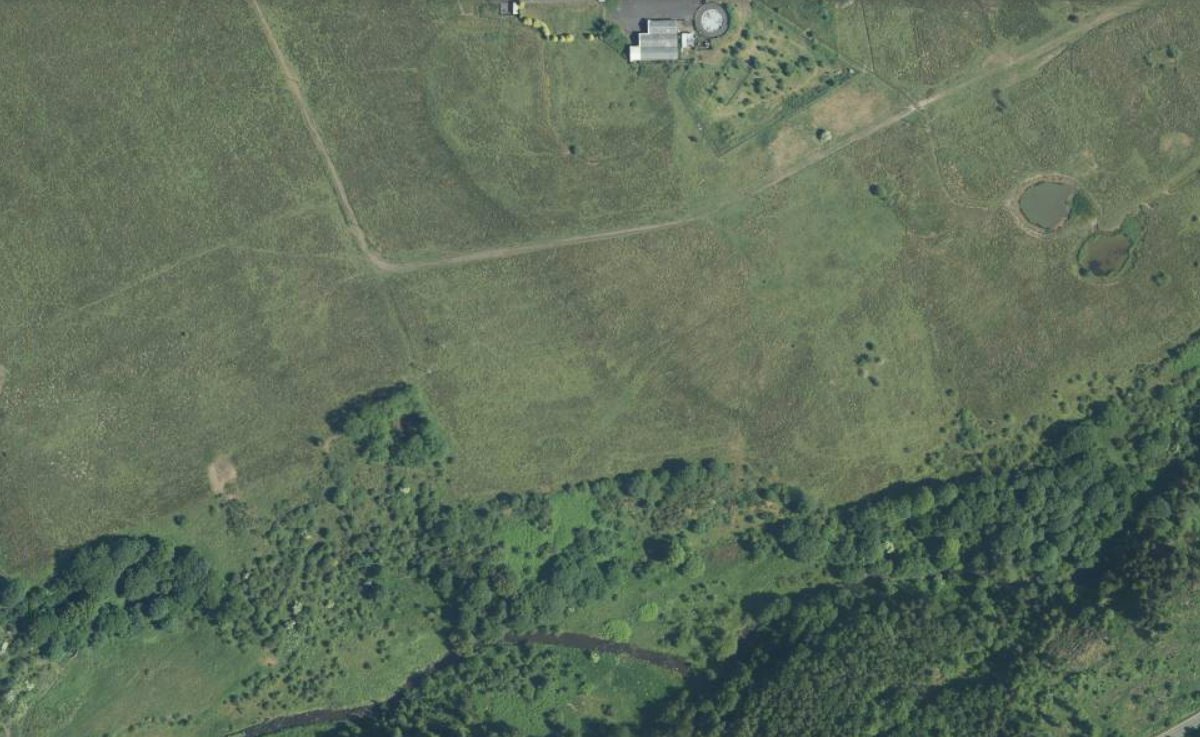 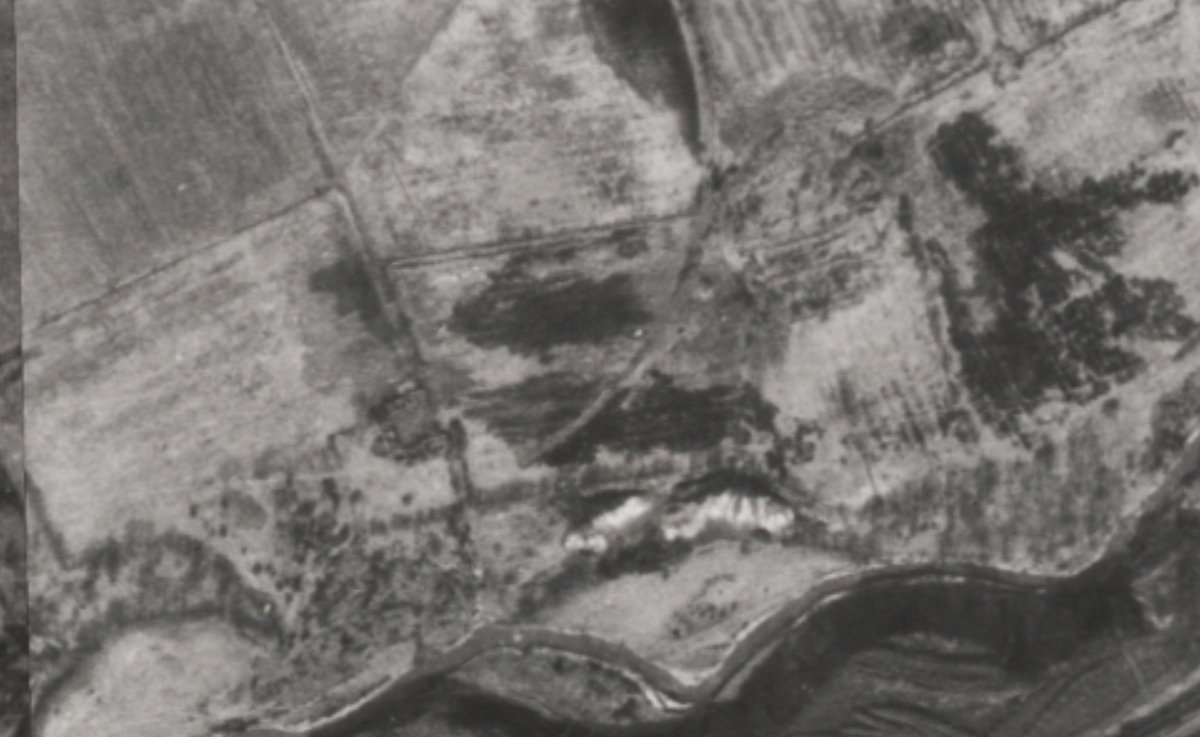 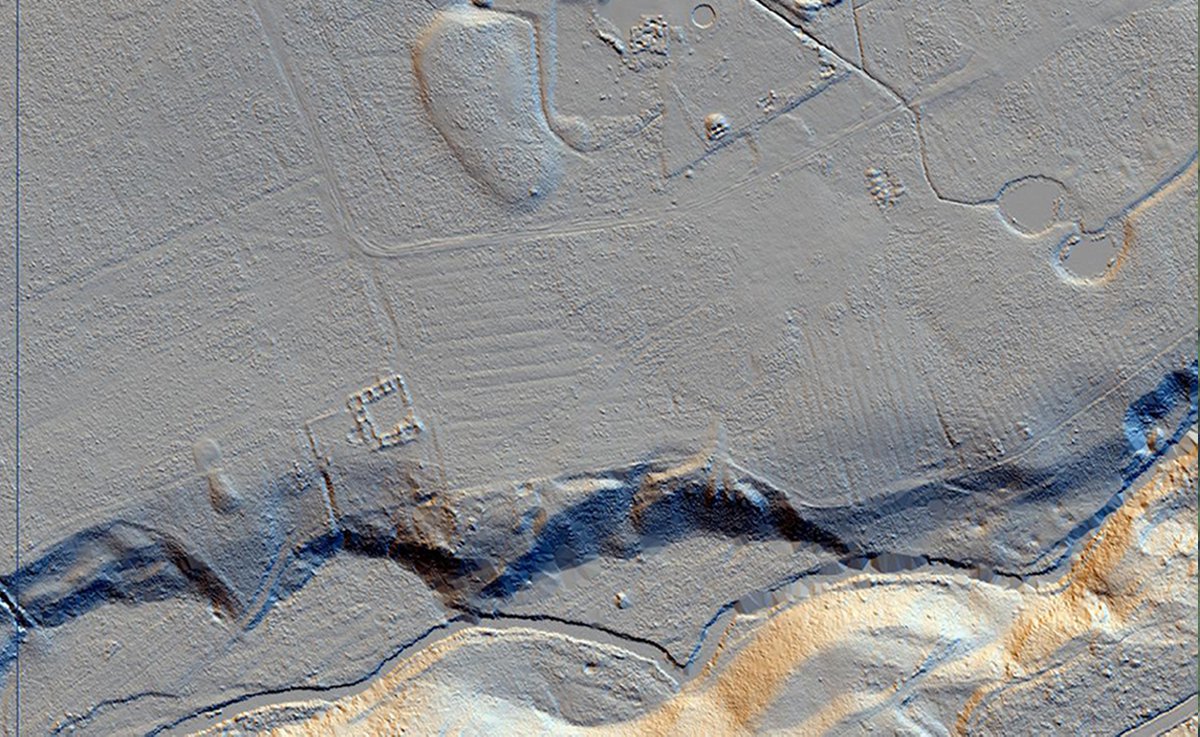 Possible site of the oil works 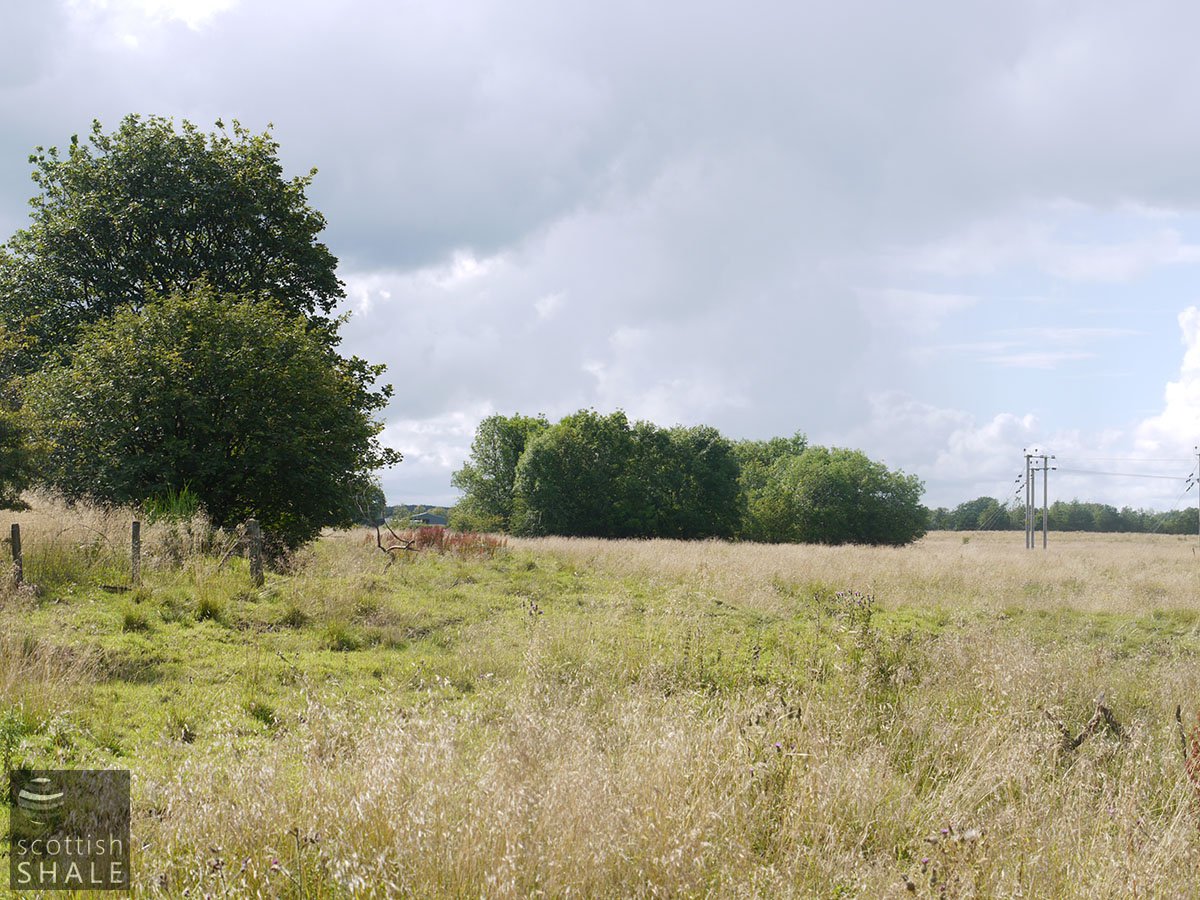 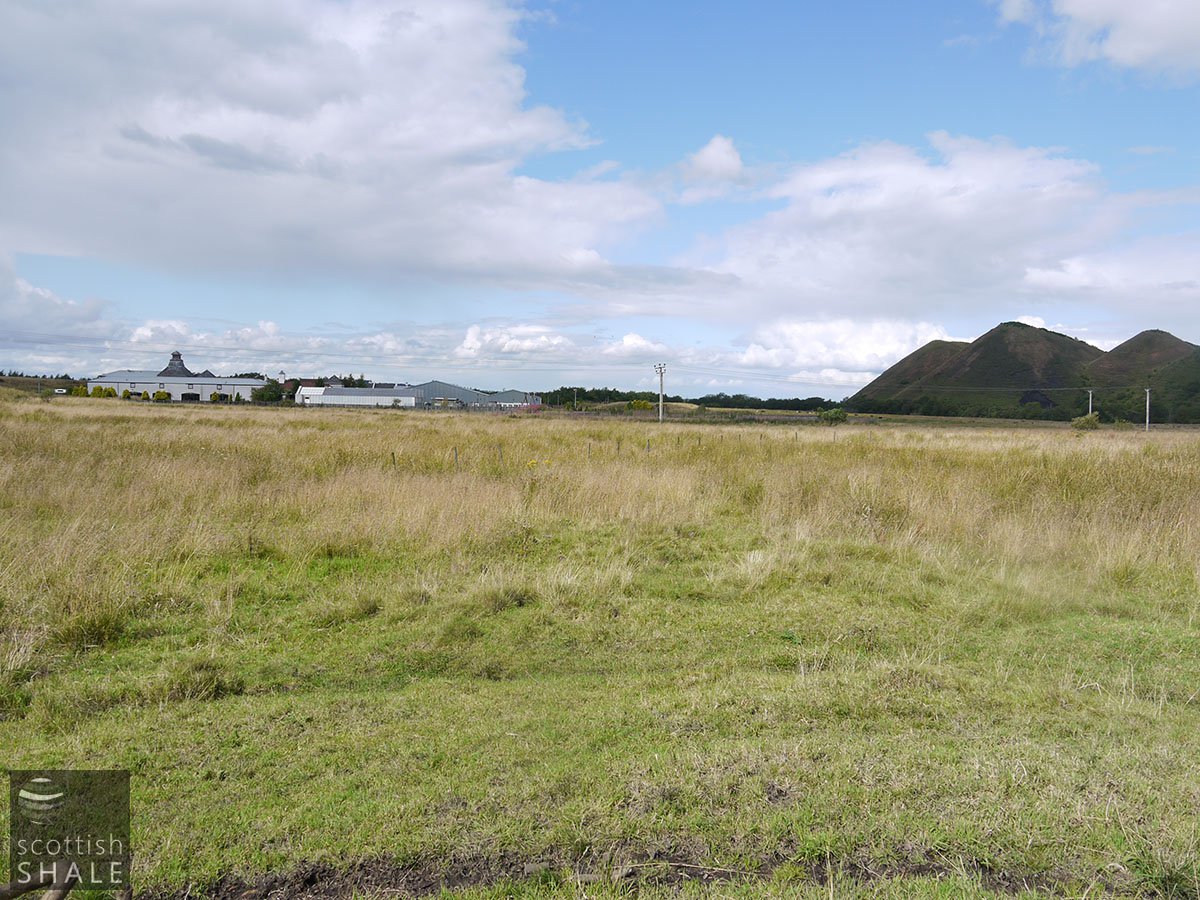 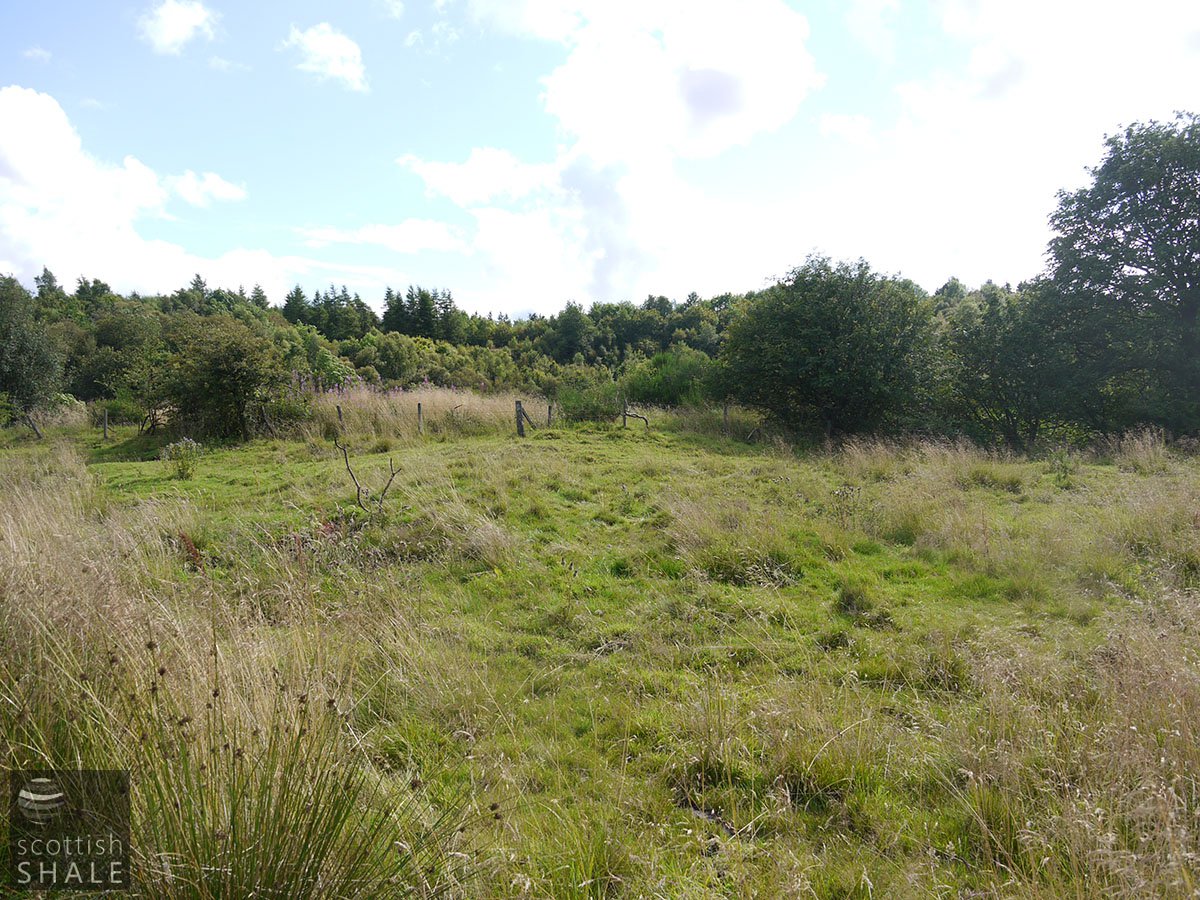 View south towards the tip points in the valley of the Breich water.

Spent shale tip site in the valley of Breich water 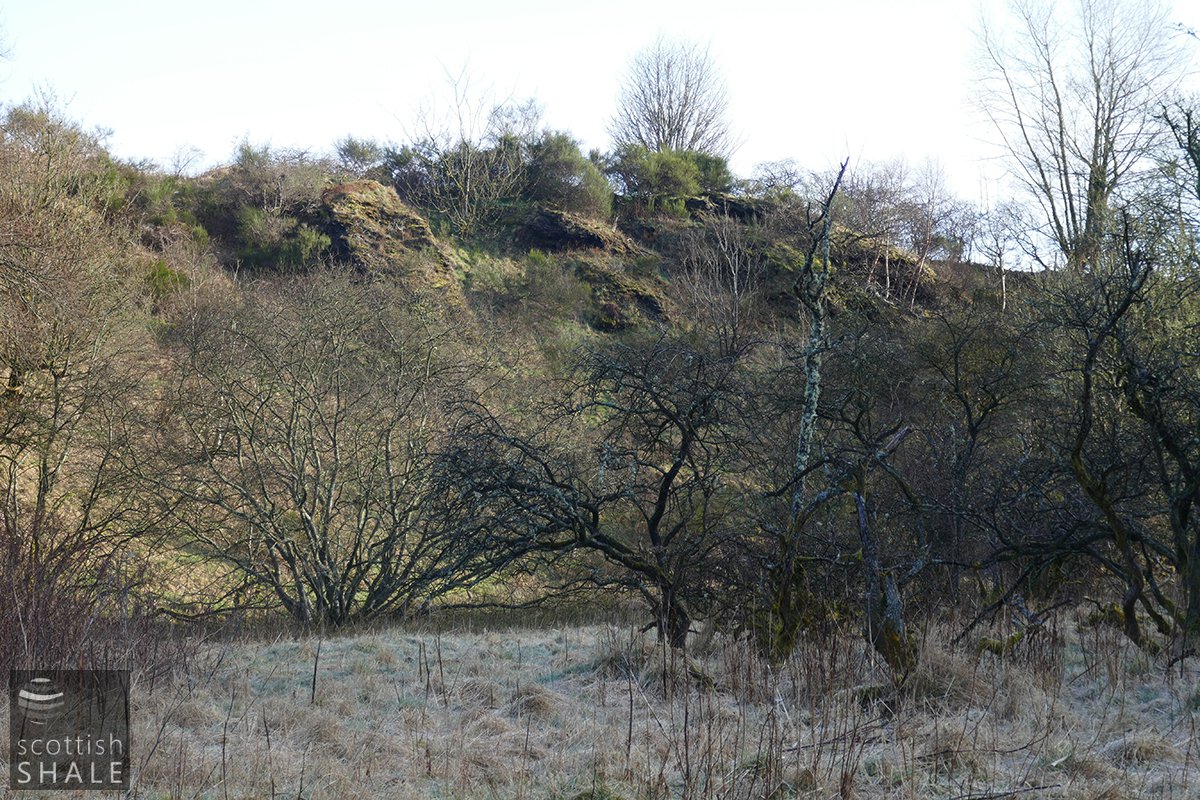 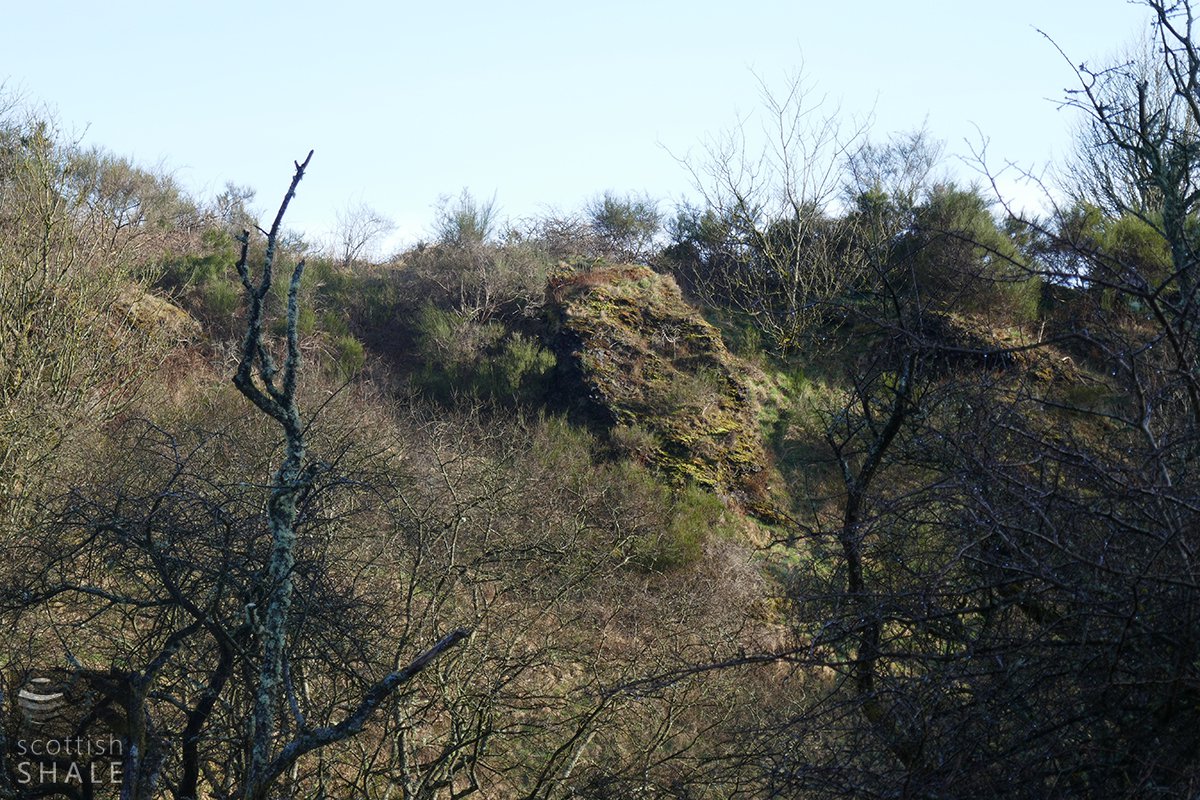 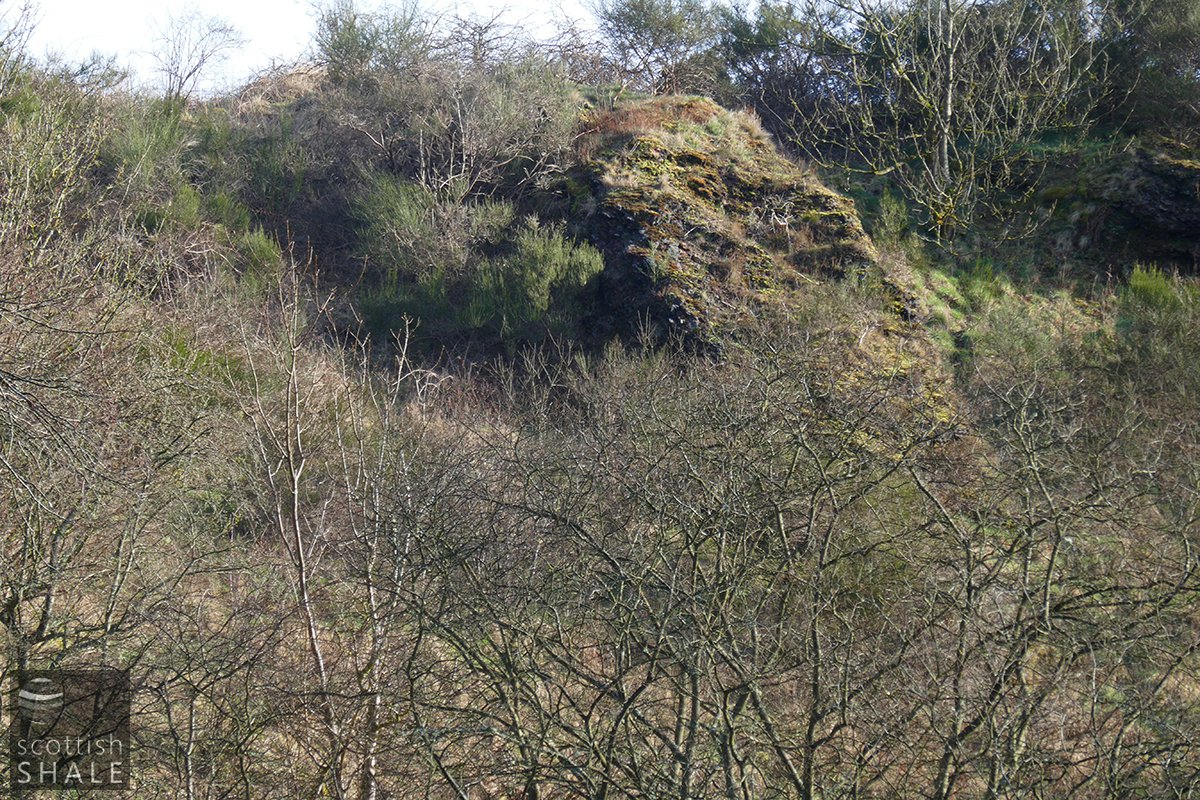 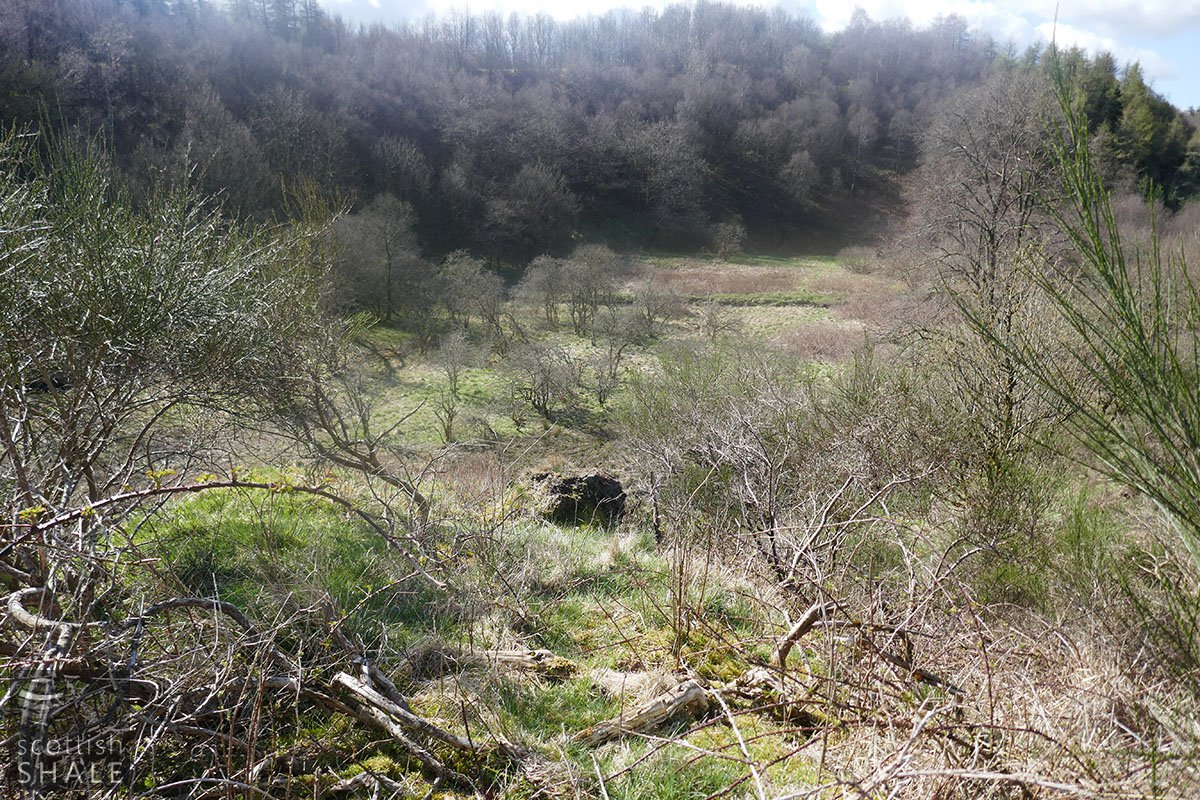 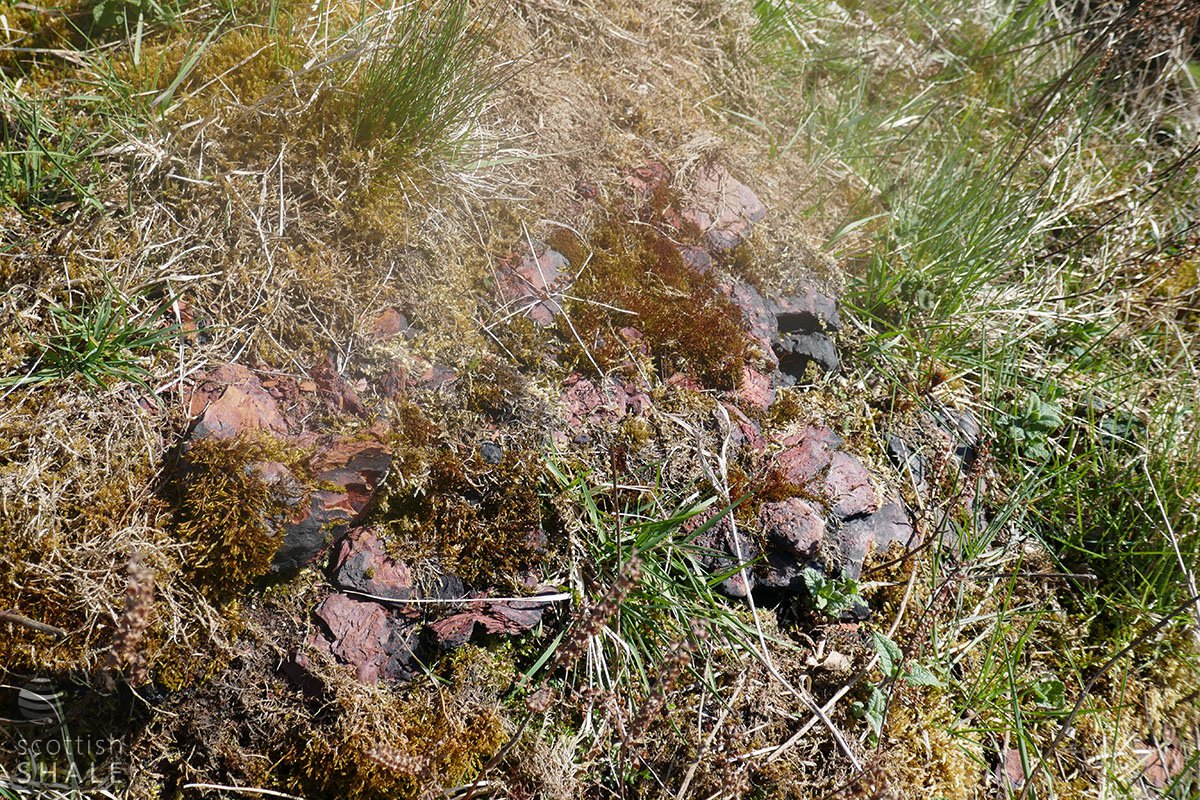 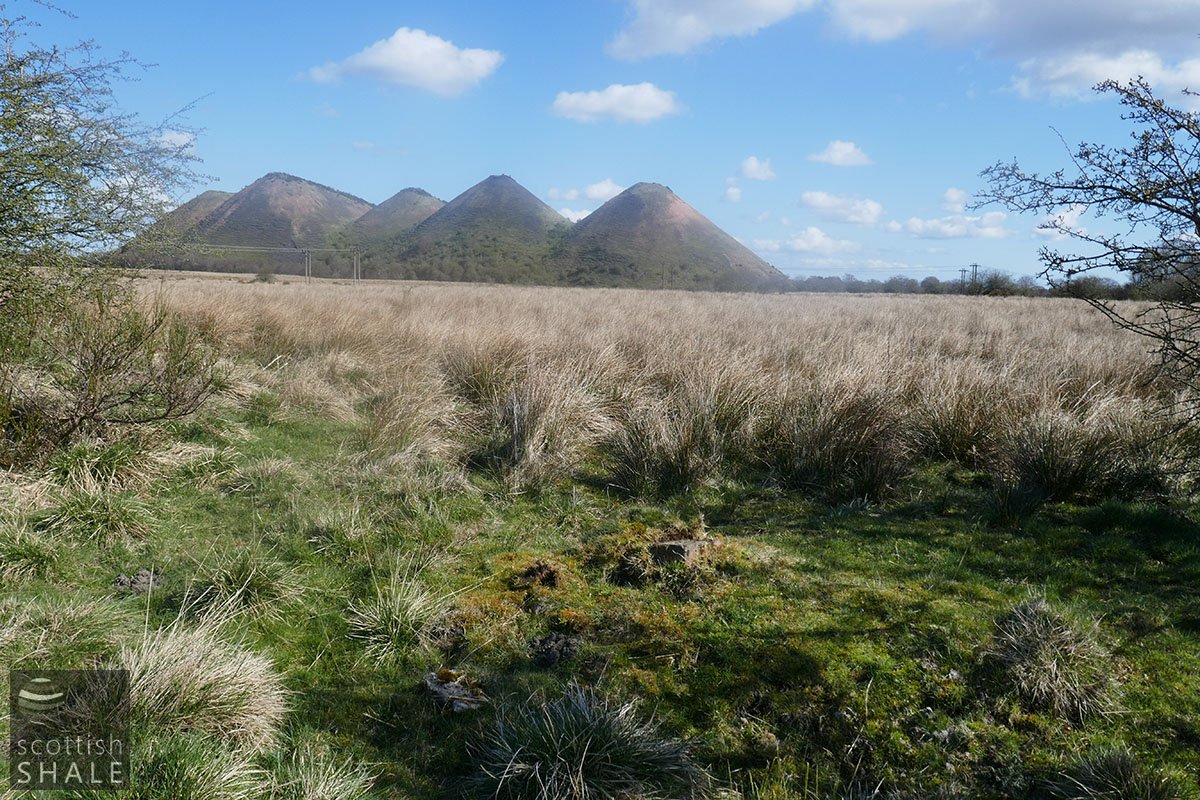 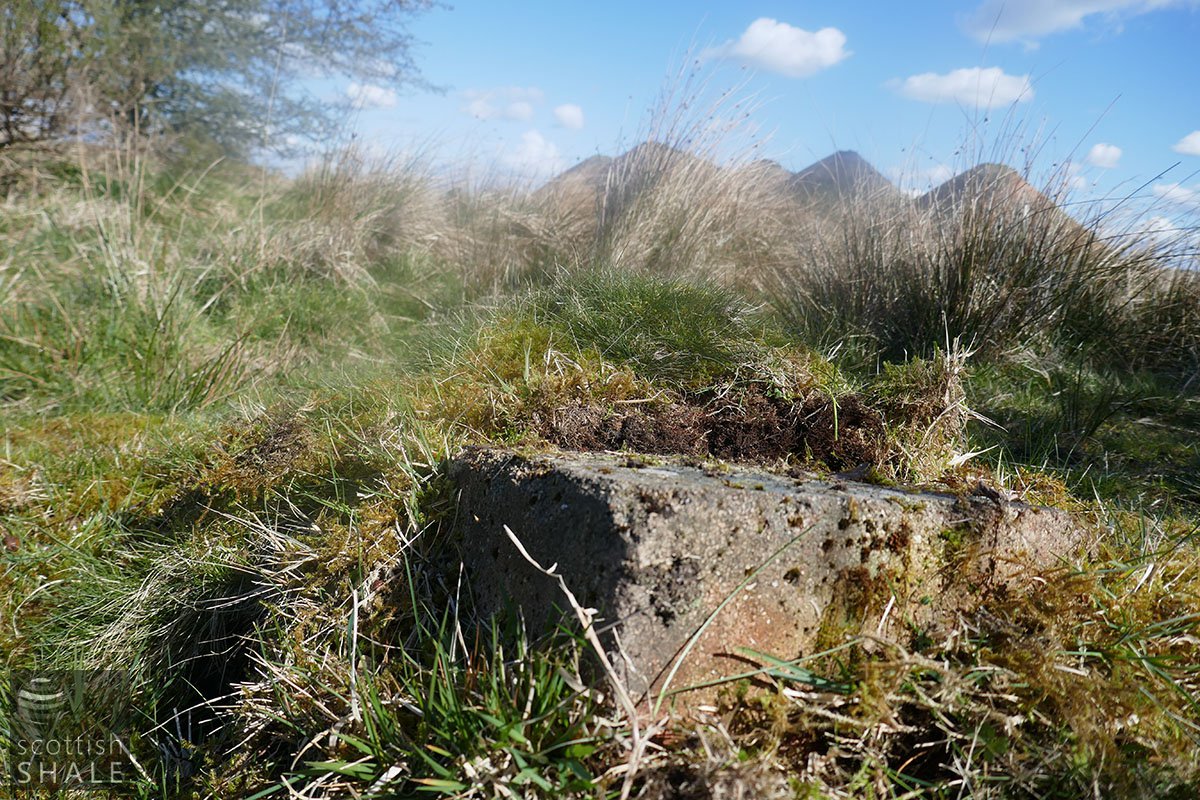 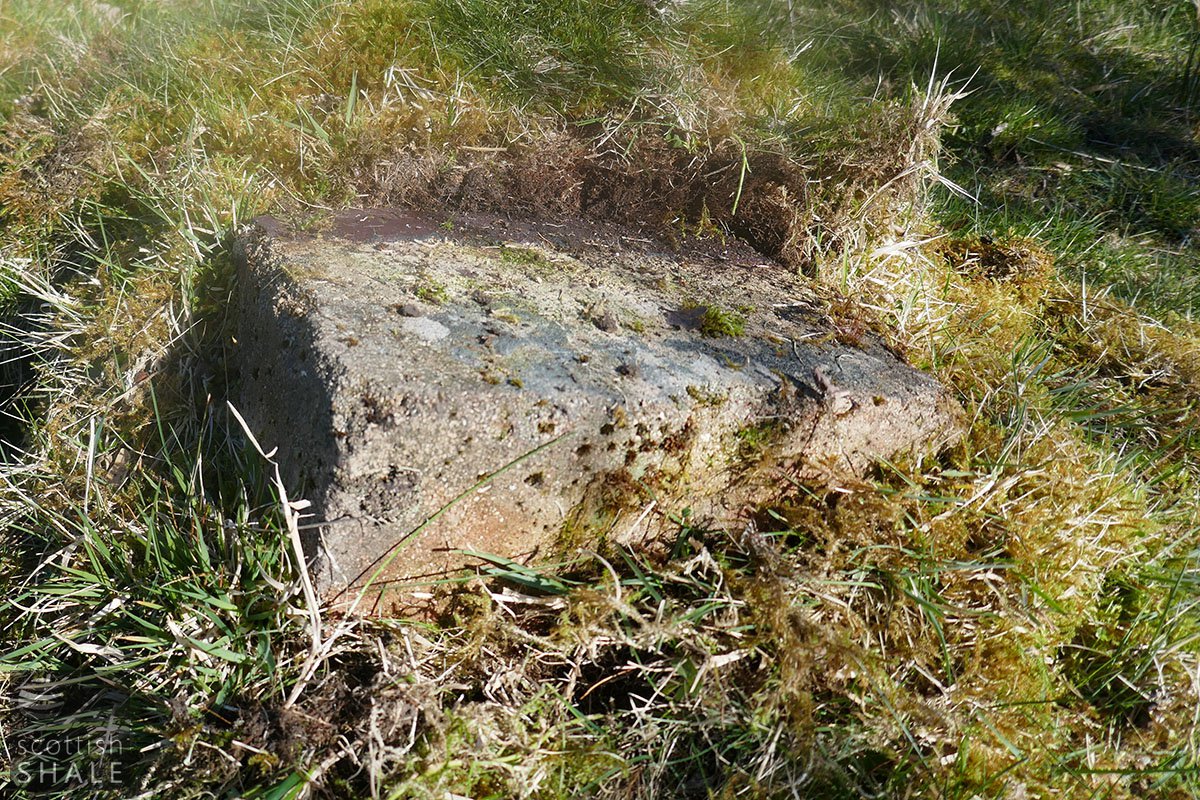 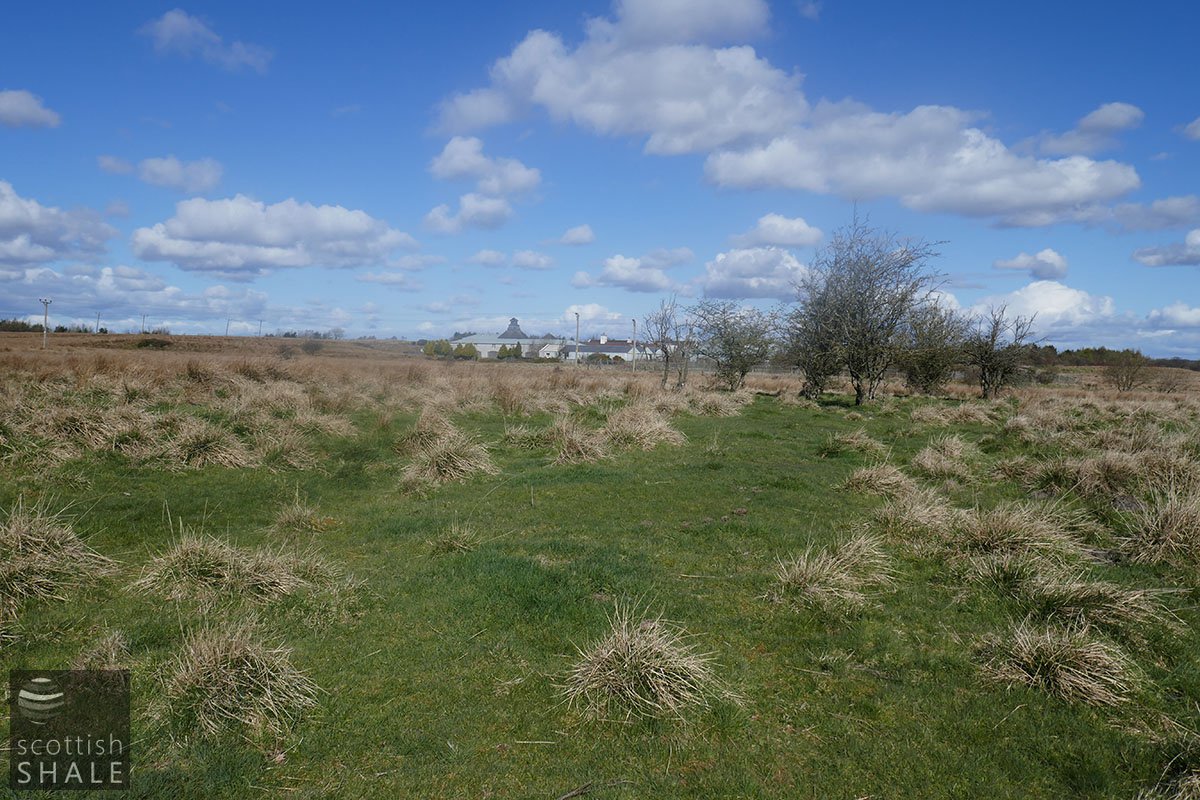 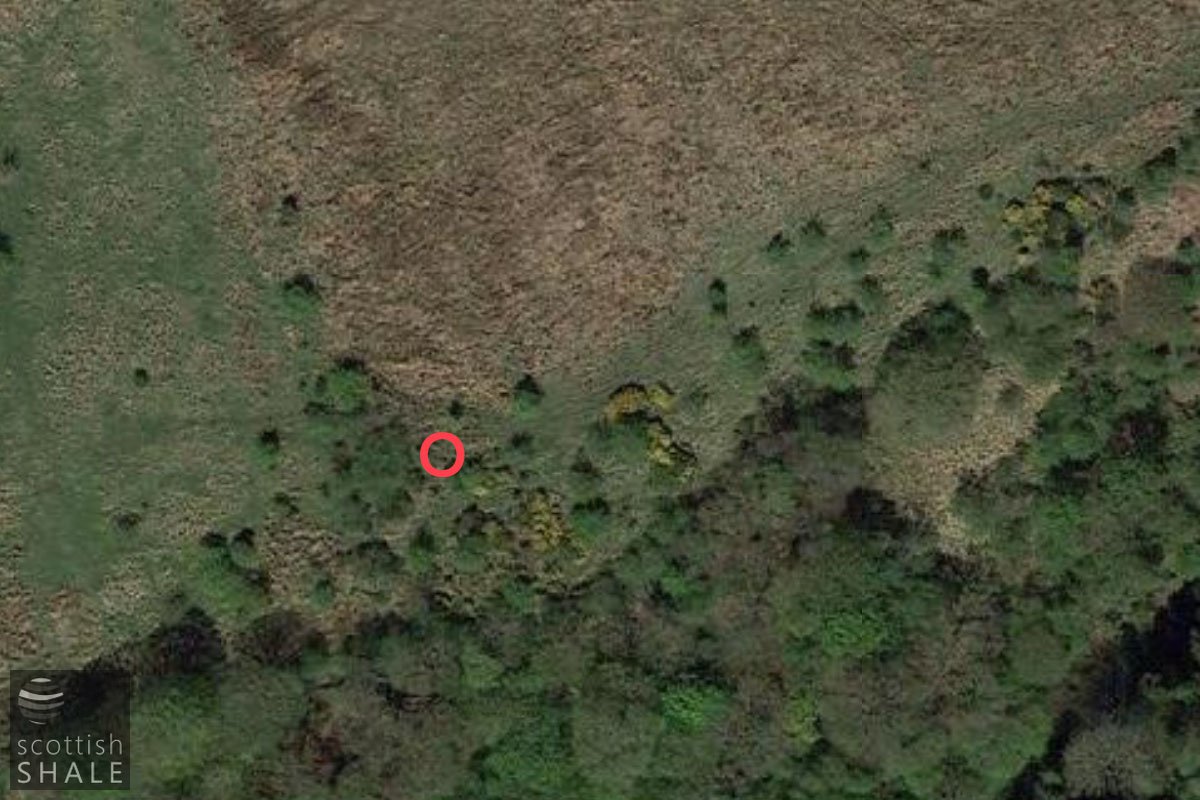 Course of mineral railway, north of the B7015 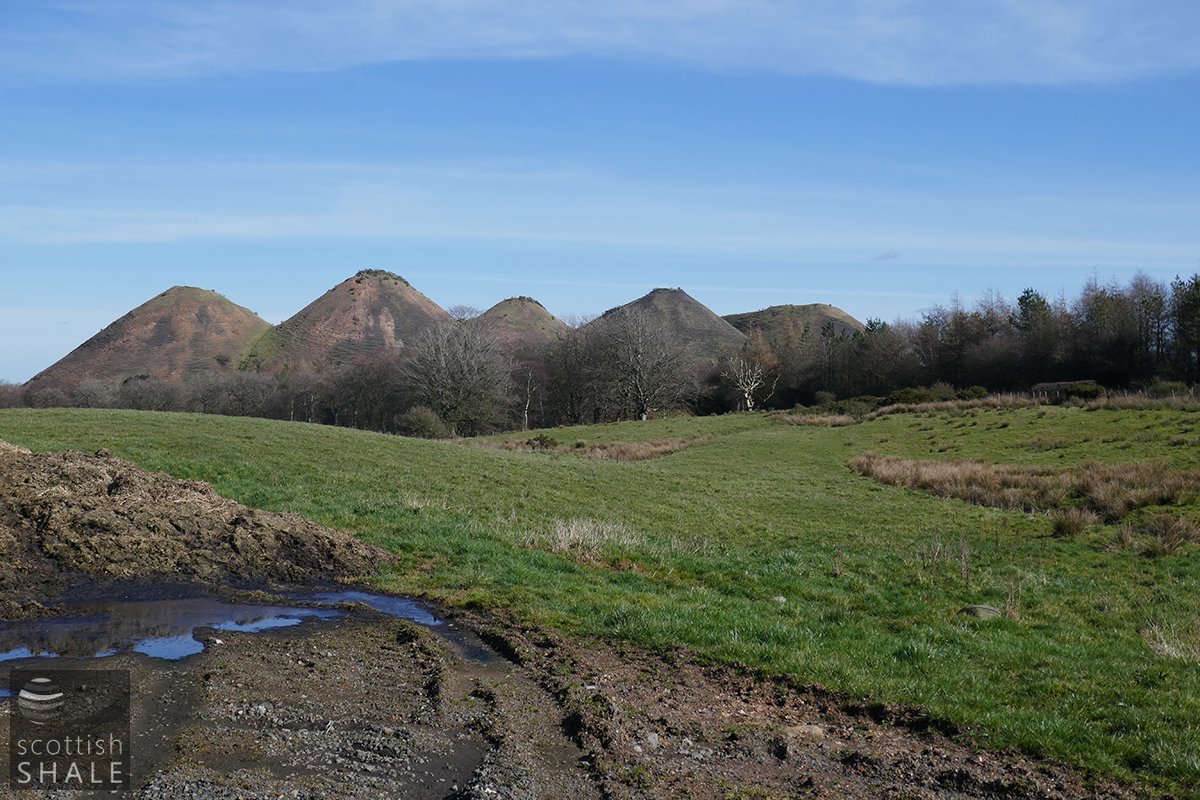 View from the route of the West Calder loop line with Westwood works branch diverging to the right. 12/03/21 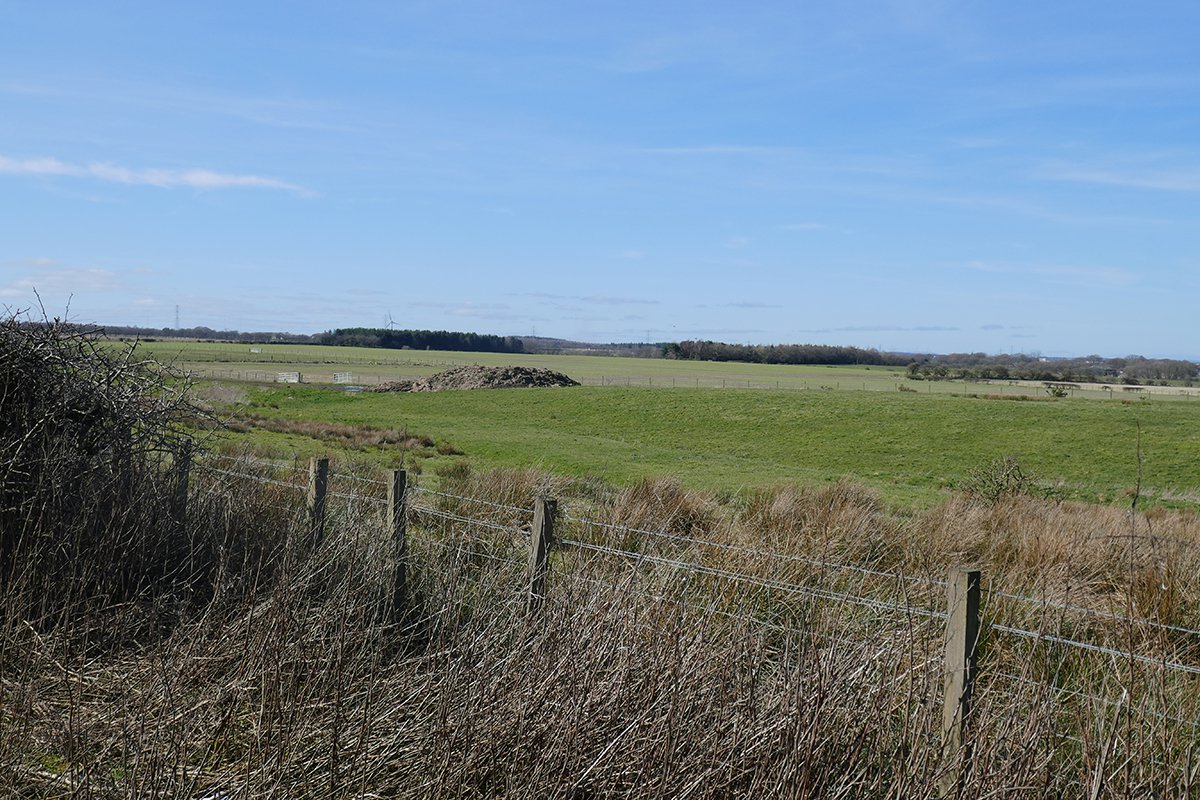 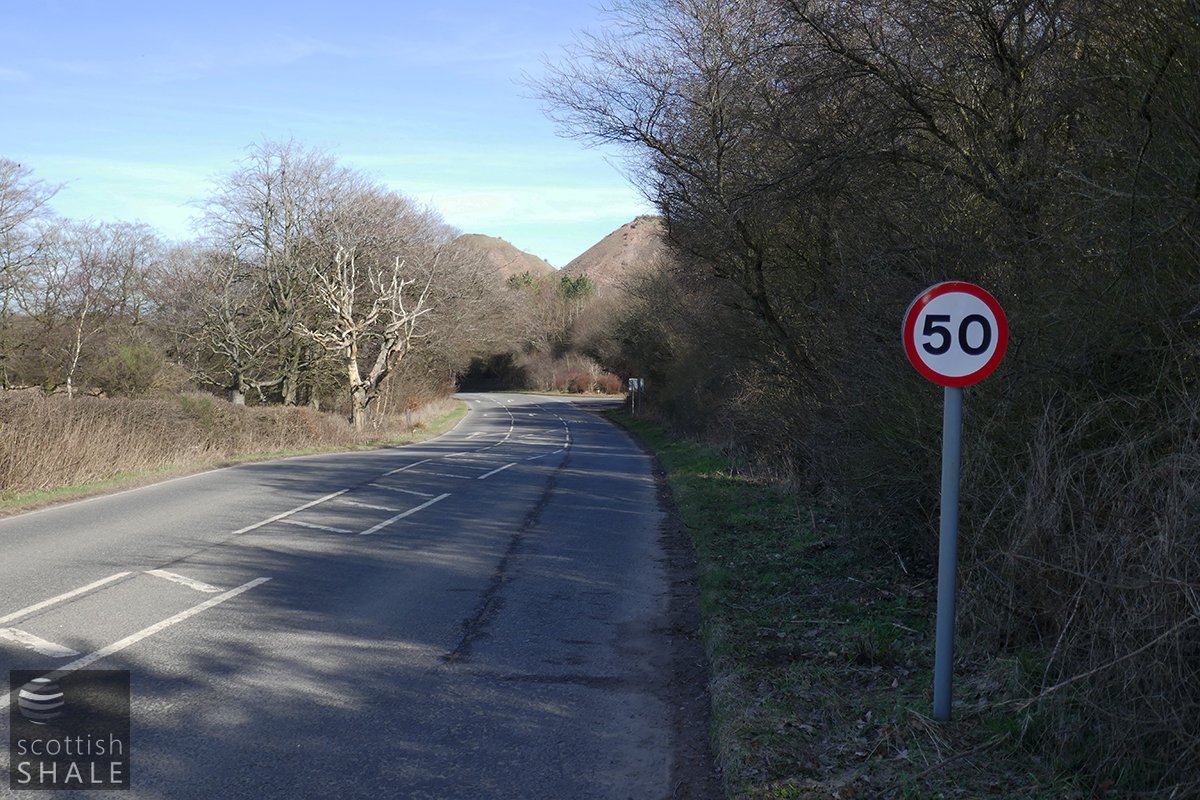