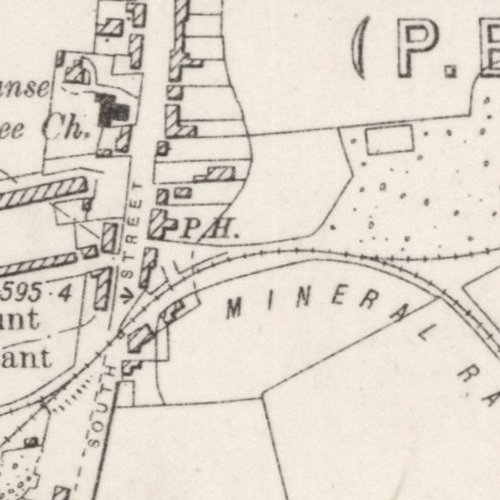 The article "Armadale; past and present" (see References, below) describes the works as sited "a short distance east from the South Street railway level crossing". The dotted area shown on the 1896 OS map presumably represents the "small area of burnt blaes" described in the article.

Mapped by the Ordnance Survey of c.1898, with the presumed site of Armadale Oil Works in the centre of the map. 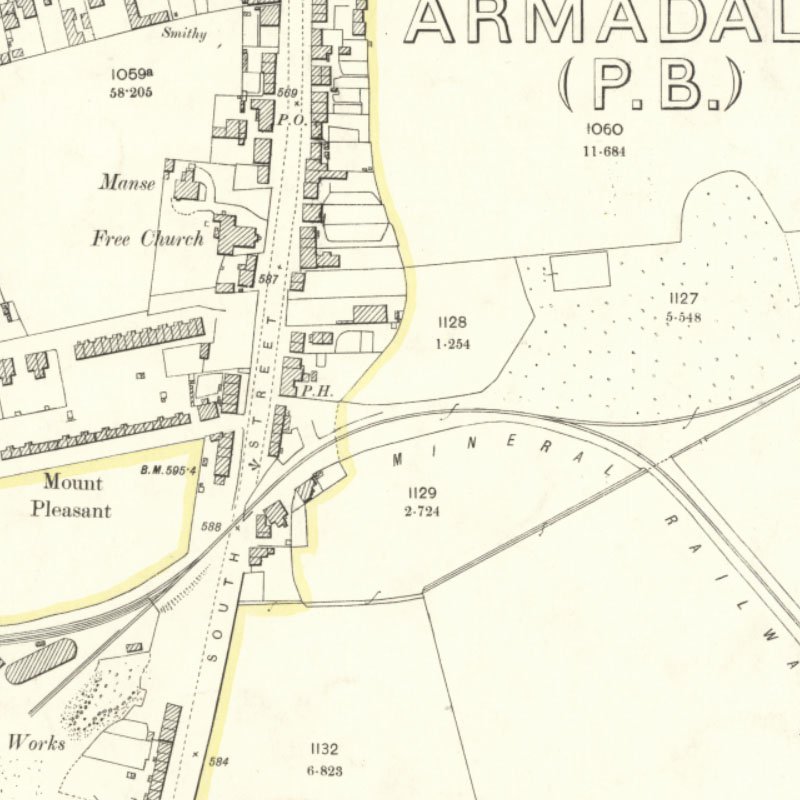 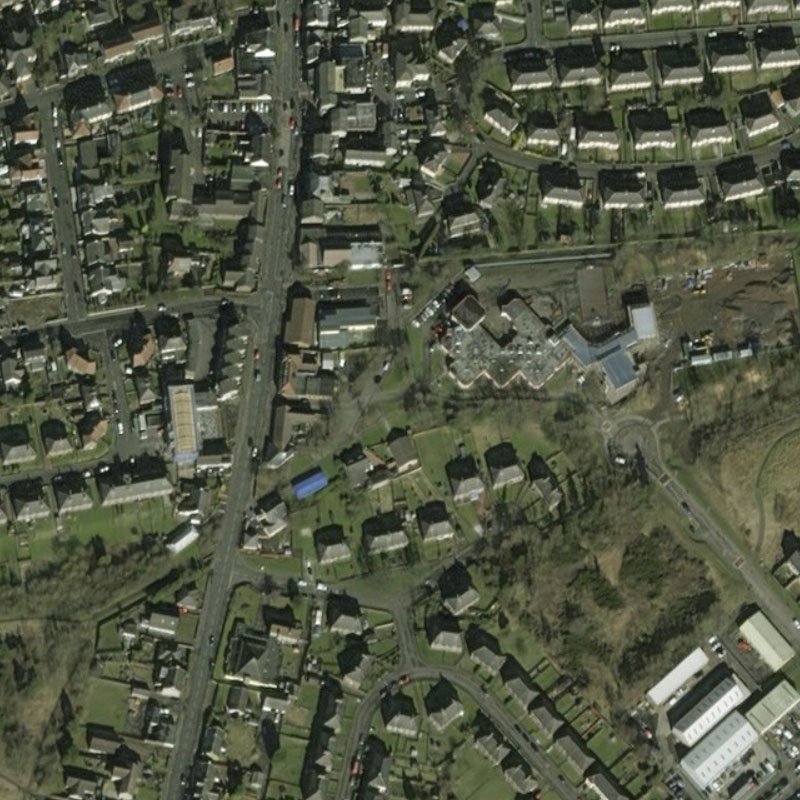 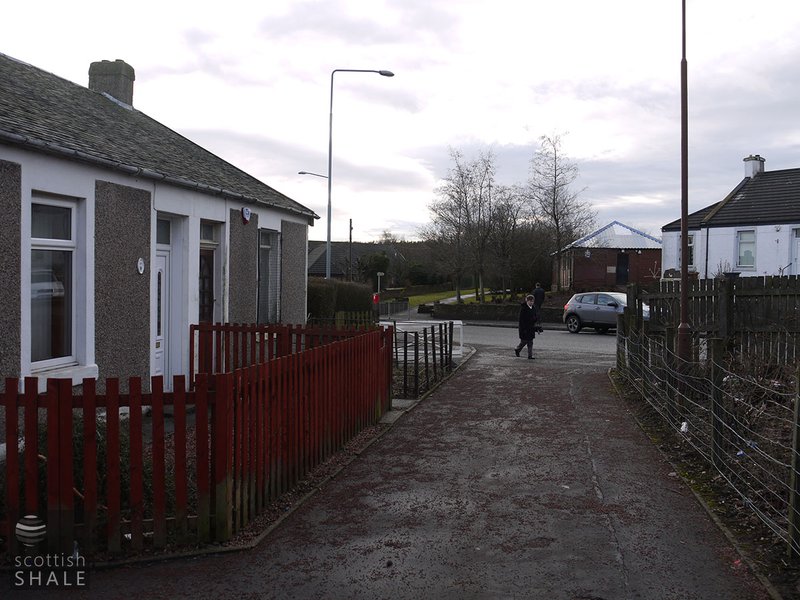 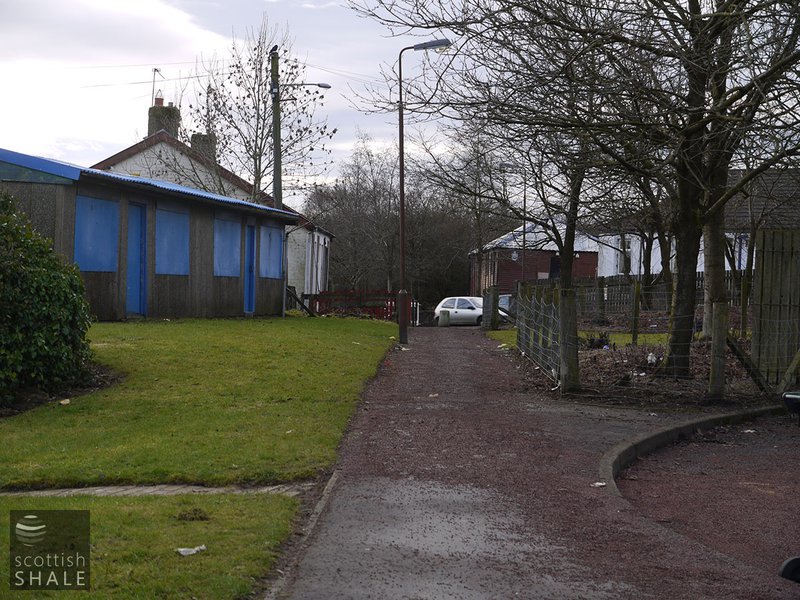 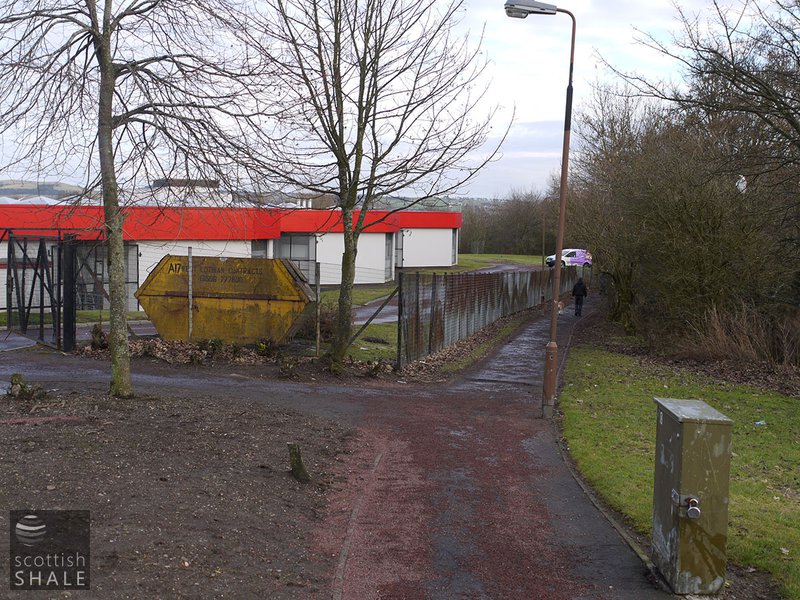 VALUABLE CRUDE OIL-WORKS AT ARMADALE, IN THE PARISH OF BATHGATE FOR SALE,

To be SOLD by Public Roup, within Robertson's Hotel, Bathgate on Tuesday the fifth day of February next at Two o'clock P.M. If not previously disposed of by Private Bargain.

THE CRUDE OIL-WORKS at ARMADALE, which belonged to Peter Scott, Oil Manufacturer there, now to his Trust Estate. The Works consist of Forty-five horizontal retorts, with the Fittings necessary for the manufacture of Oil, in good working order. The works occupy about 2 Acres of Ground, leased by Mr. Scott for fifteen years; and the landlord will, if satisfied with the proposed Purchaser, interpose no obstacles beyond the fair protection of his rights in the way of a transfer. There is a siding from the adjacent line of the North British Railway into the Works. For the Terms of Lease and Transfer, and any further particulars, apply to CHARLES ALLAN, Solicitor in Bathgate, 14th January 1867.

CRUDE OIL WORKS AT ARMADALE IN THE PARISH OF BATHGATE FOR SALE, Upset price reduced to £650. TO BE SOLD, BY PUBLIC ROUP, Within Robertson's Hotel, Bathgate, on Tuesday the 30th day of April curt at Two o'clock P.M., (if not previously disposed of by private bargain.) THE CRUDE OIL WORKS at Armadale, belonging to the Trust Estate of Peter Scott, Oil Manufacturer, there-all as formerly Advertised. For the terms of the Lease and Transfer, and any further particulars, apply to Charles Allan, Solicitor in Bathgate. 15th April, 1867.

Mr Peter Scott, who had come from Bathgate and opened an ironmongery shop, influenced by the great profits that were believed to be made from the oil industry, induced Mr. Duncan Livingston, a well-to-do miner, to join with him in building up an oil work a short distance east from the South Street railway level crossing. Here, in 1865, they sank a pit to a seam of shale, and erected plant for extracting the oil. The deposit of shale, however, did not prove of a paying quality, and after a short experience, in which the partners lost heavily, the works were abandoned, the only thing left to mark the spot being a small bing of burnt blaes and the office and weigh-house, now owned and occupied by Mr. William Paul.

From Armadale: Past and Present by R. Hynd-Brown, published in the West Lothian Courier,1906.