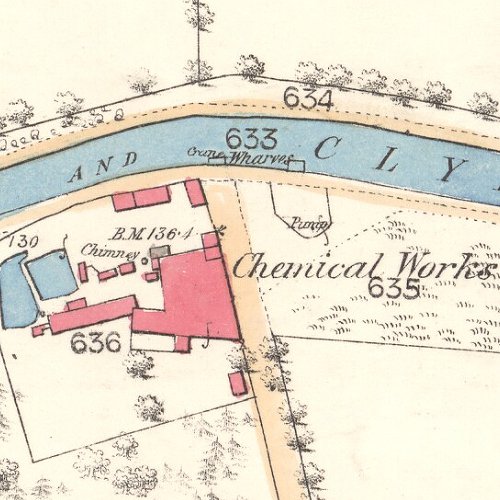 In 1845, James Ross & Company, tar distillers, established a works at Lime Wharf, beside the Forth and Clyde canal in Falkirk. It appears that for a period, the company also retorted shale and refined crude oil on that site. James Ross & Company were associated with shale oil operations at Riggend Chemical & Oil Works, and in 1882 established the Philpstoun Oil Works.

The Falkirk Tar works developed into a substantial industrial site, laterly operated by Scottish Tar Distillers. The works were seriously damaged by fire in 1973, and closed during the 1980's.

Mapped by the Ordnance Survey of c.1864. 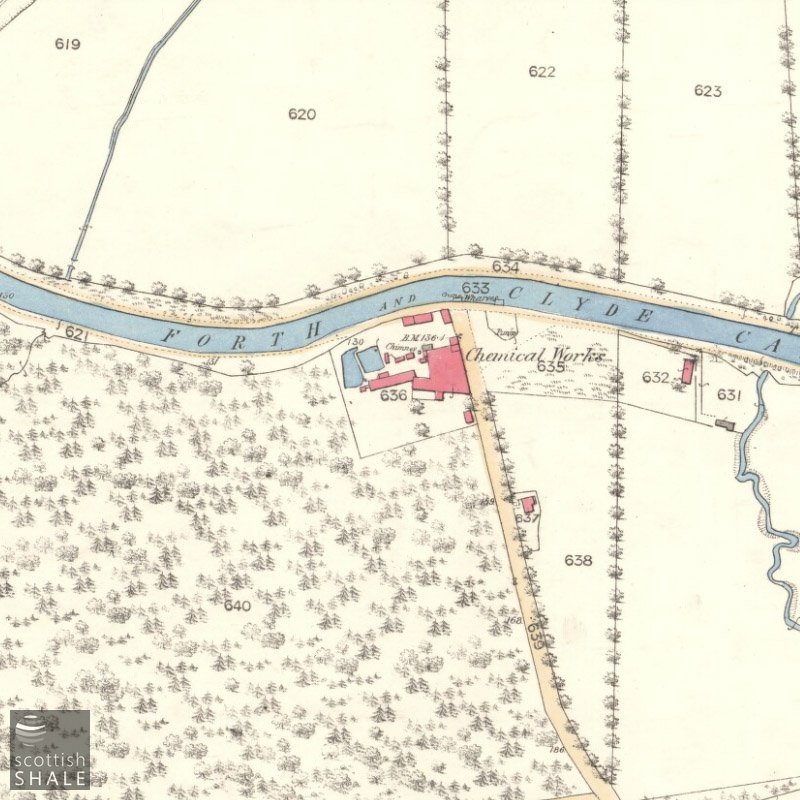 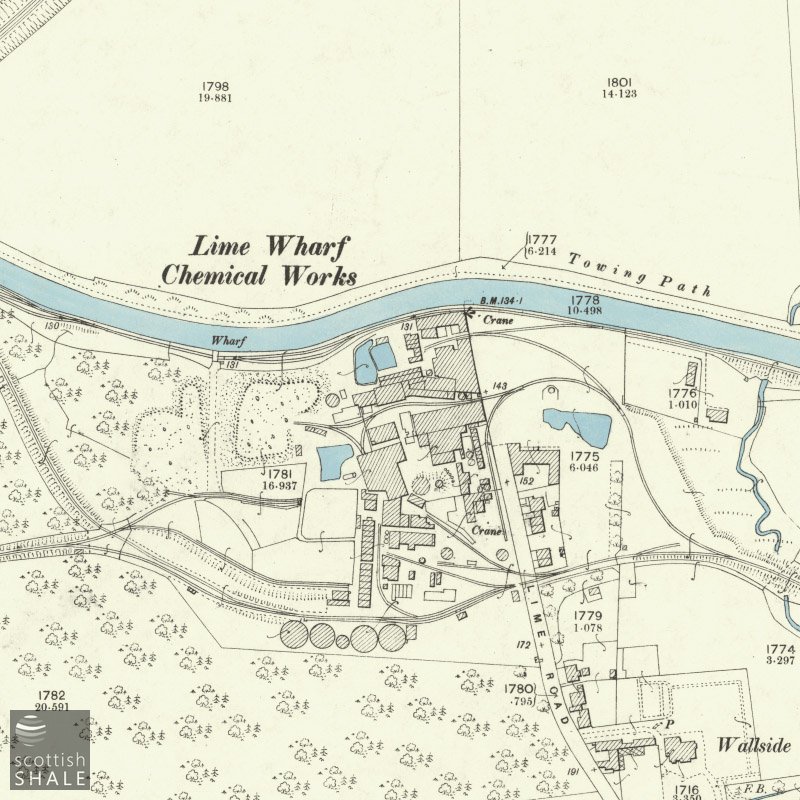 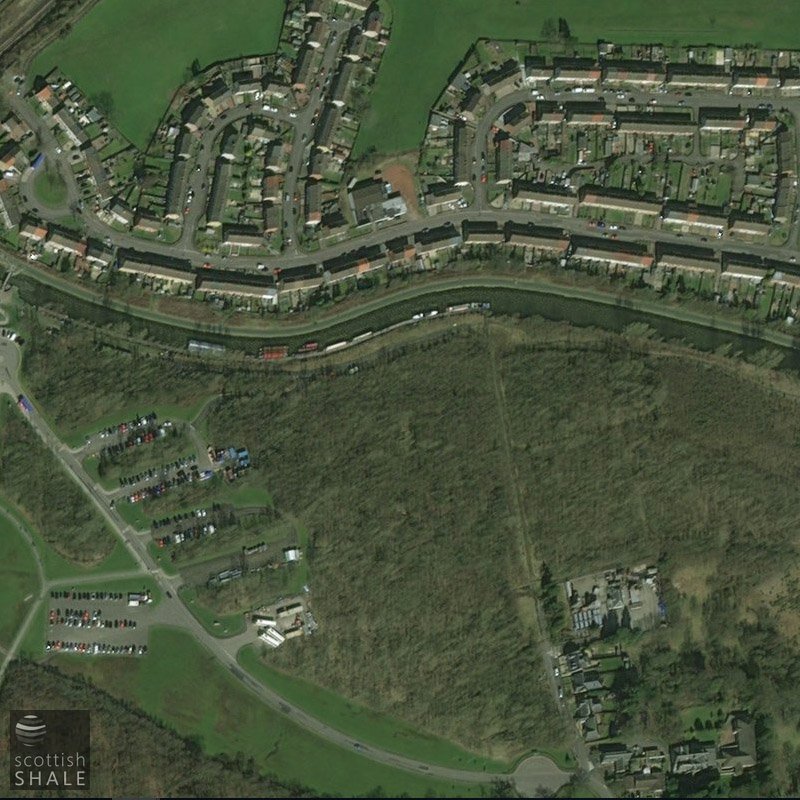 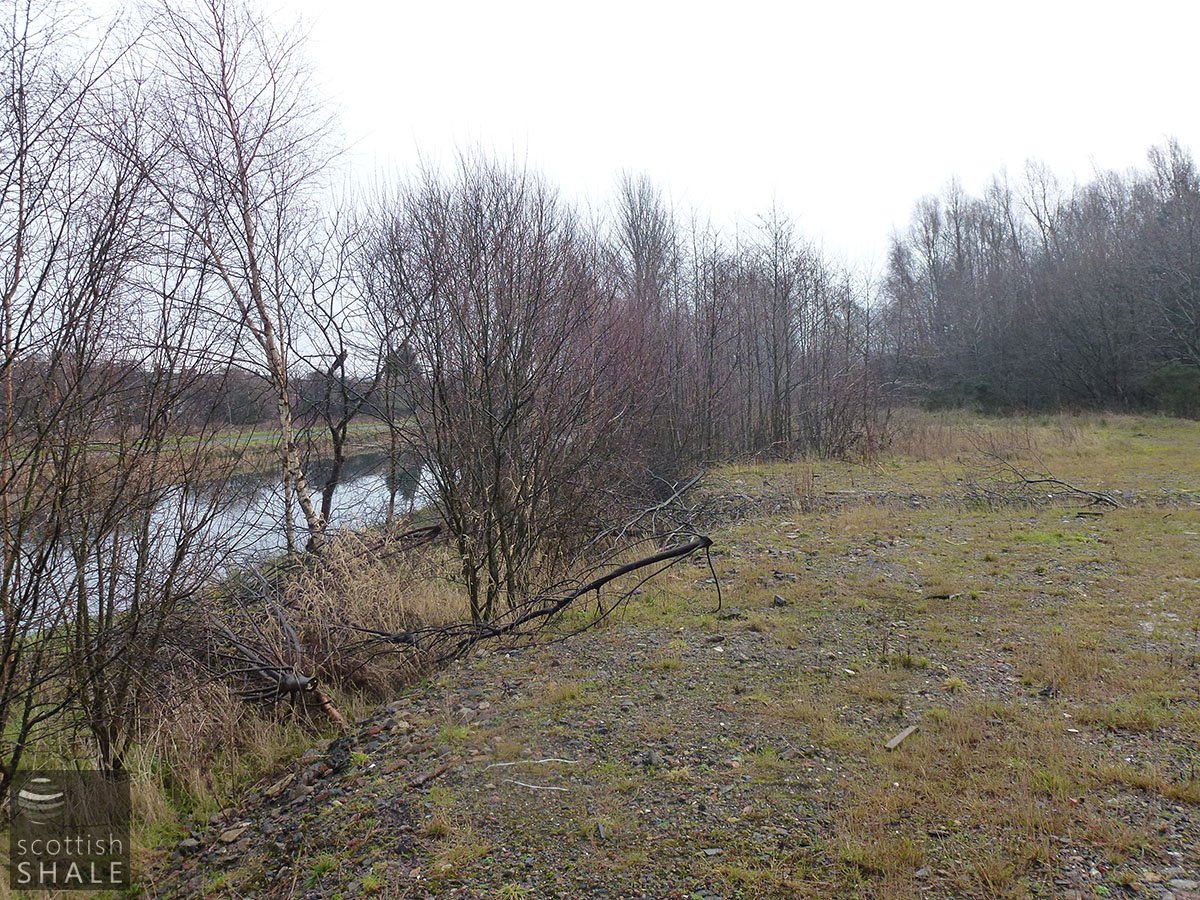 Site of the earliest part of the works, beside the Forth and Clyde canal. Looking east. January 2012. 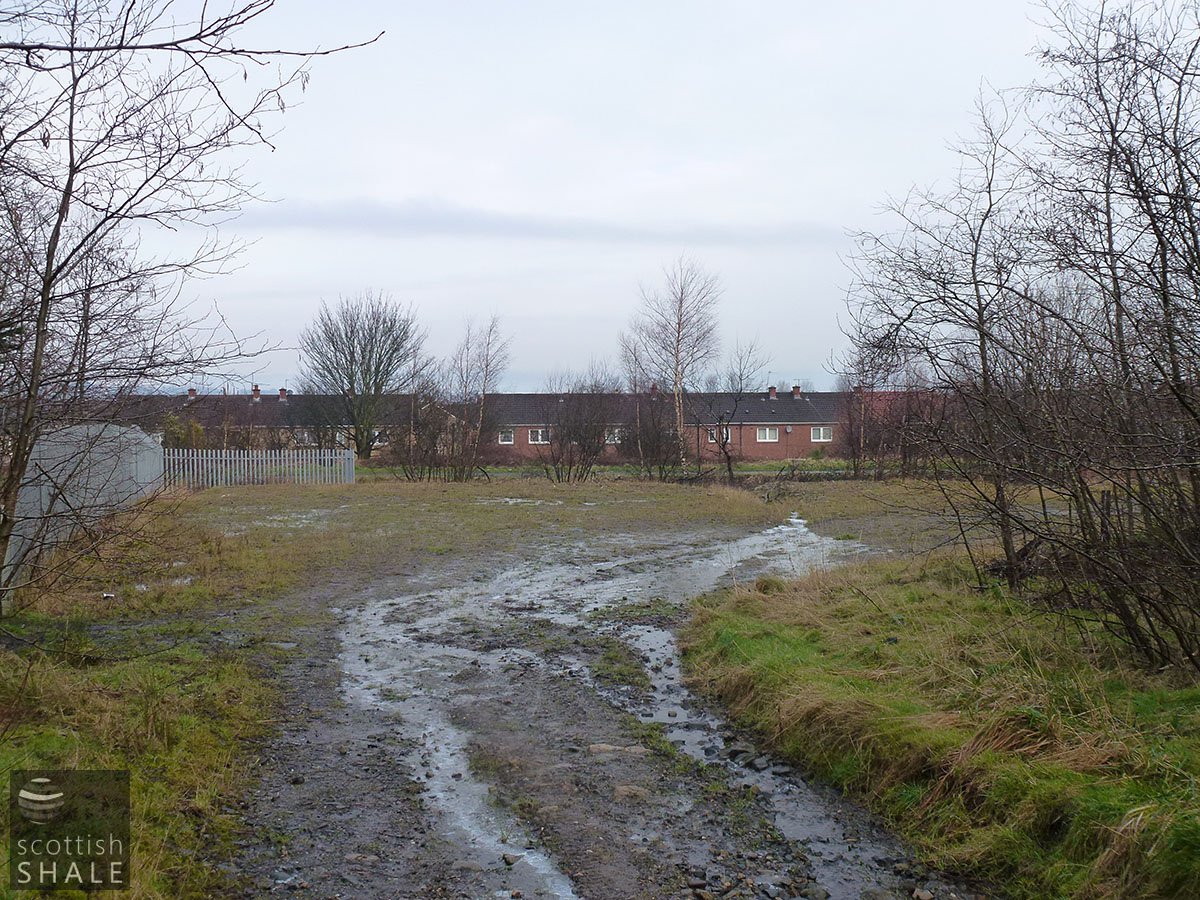 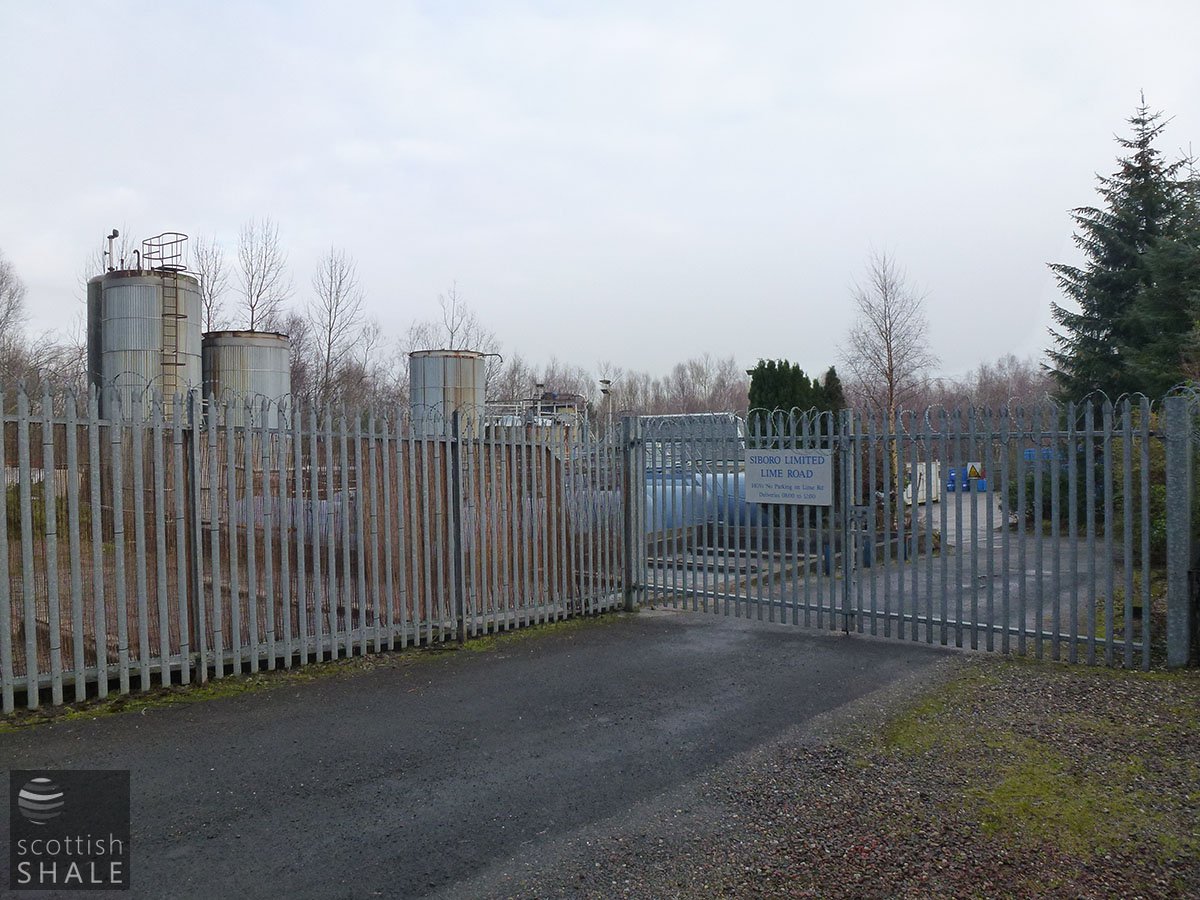 Evidence of James Ross, Paraffin Oil Manufacturer, Falkirk, Stirlingshire. My works are situated on a small stream, a tributary of the River Carron, an affluent of the Forth. Employ 90 hands. Rateable value of works, £162 8s. The bed of the stream is not silted up. My works are not affected by floods. The condition of the stream has not changed during the last 30 years within my knowledge. I am not aware that it is polluted by works above, but it is to a certain extent by mines. Obtain supply of water jointly from the stream and from the Forth and Clyde Canal, and consume 10,000,000 gallons yearly. I use yearly the following materials:- Bituminous shale 6708 tons; sulphuric or other acid, 430 tons; caustic soda or other alkali, 80 tons. Produce yearly, naphtha, 120,000 gallons; crude paraffin, 450,000 gallons; lubricating oil, 58,000 gallons; illuminating oil, 180,000 gallons; coal tar pitch, 1700 tons; sulphate of ammonia, 230 tons; scale paraffin, 100 tons; creosote oil, 170,000 gallons; gas tar and ammoniacal liquor, 1,380,000 gallons. Produce yearly liquid refuse from the following processes: - Condensed water separated from tar after removal of naphtha, 550,000 gallons; spent sulphuric acid after first purifying process, 150,000 gallons; spent caustic soda and tarry matter after second purifying process, 60,000 gallons. The condensed water is run direct into the stream; the acid and alkali with the waste products are utilised. We produce yearly 5000 tons of spent shale, which is stored in heaps to be made into bricks as soon as practicable. Use steam, 54 nominal horse-power. Consume yearly 5500 tons of coal, and make about 550 tons of ashes, part of which are ground and mixed with lime for building purposes. The excrements of my work people are removed from dry earth closets, and are used for manure. We have no suggestions to offer as to the best means of avoiding pollution in future, but should not object to rivers and streams being placed under Government inspection, by practical men, but are decidedly averse to unnecessary restrictions on manufactures, considering that there is far too much of such already.