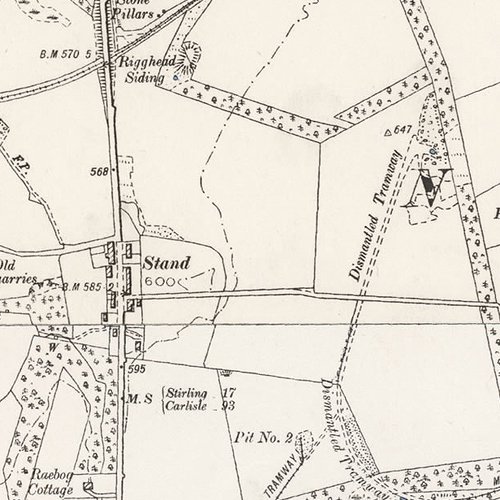 Not listed by Redwood, although mention is made of Struther's Works, active between 1864 and 1869.

Valuation rolls show that Stand Oil Works was operated by James Struthers & Co. Airey's railway map shows a siding to "Struther's Mine" eight chains east of Raebog. It might therefore be that the area of rough ground immediately east of Stand, shown on the 1899 map as being linked by a dismantled tramway might be the site of Stand Oil Works.

The firm of James Struthers & Co., coalmasters, were proprietors of Rochsoles Colliery.

James Struthers was a partner of the Monkland Oil Refining Co. Ltd, which was active between 1866 and 1870, and James Struthers & Co. acquired the plant and property of that company in 1870. It is possible that this refinery was sited close to Stand Oil Works.

Mapped by the Ordnance Survey of c.1899. 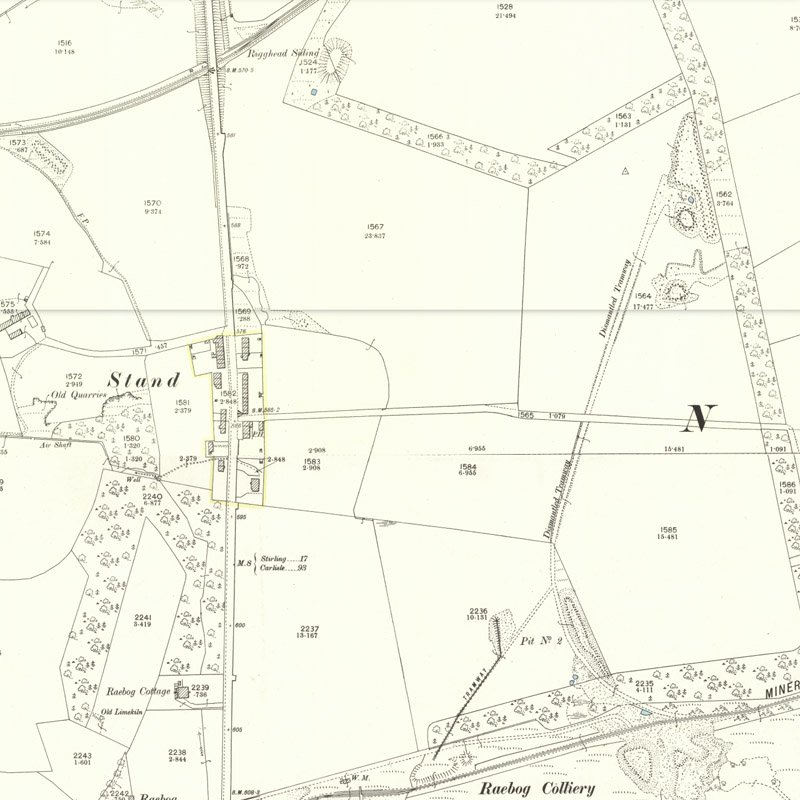 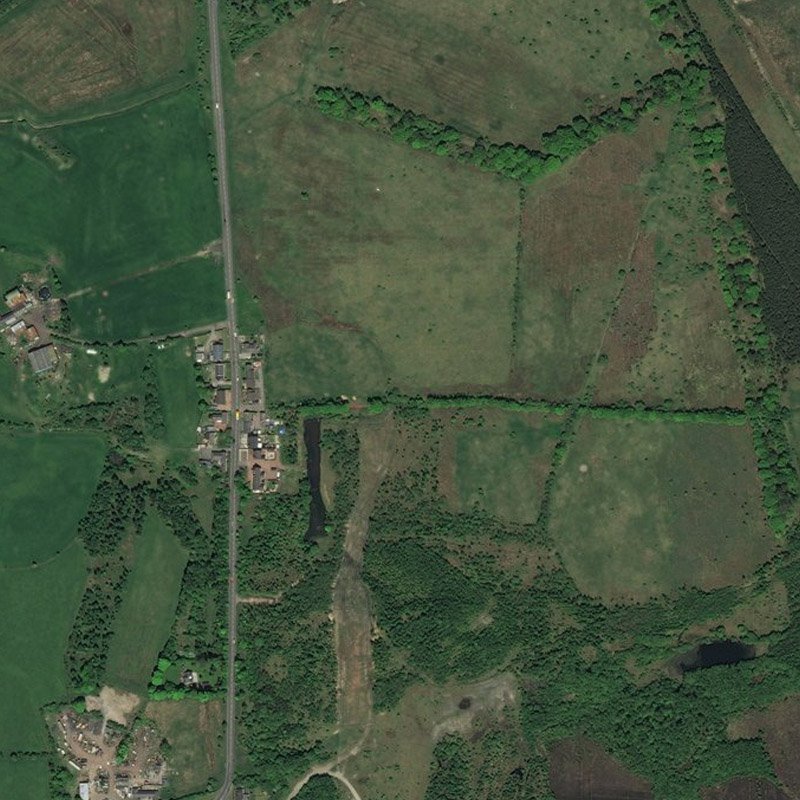 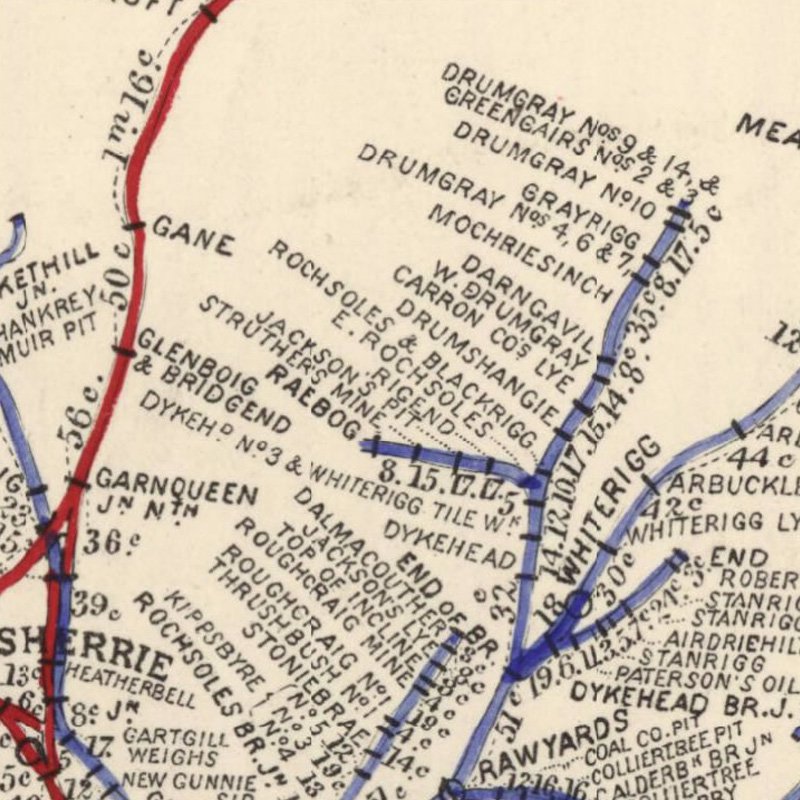 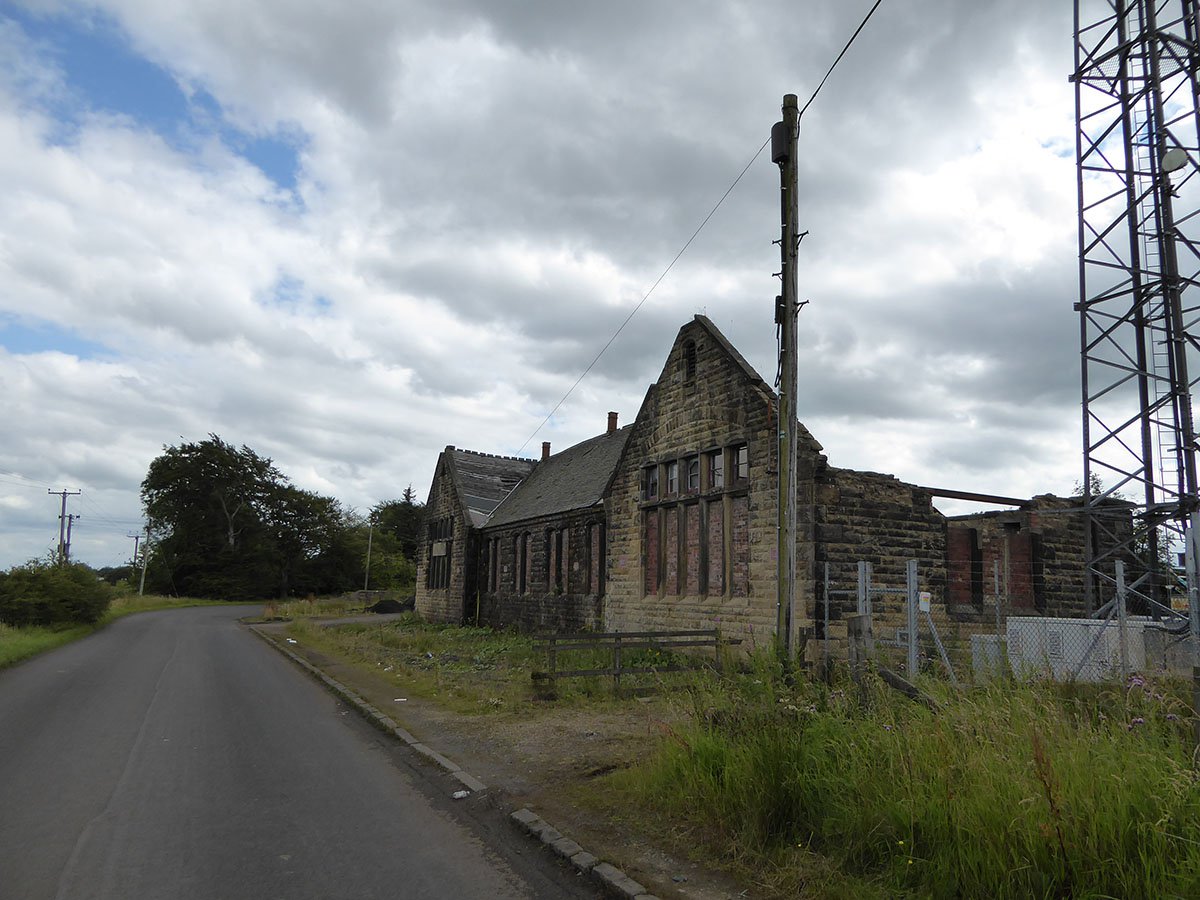 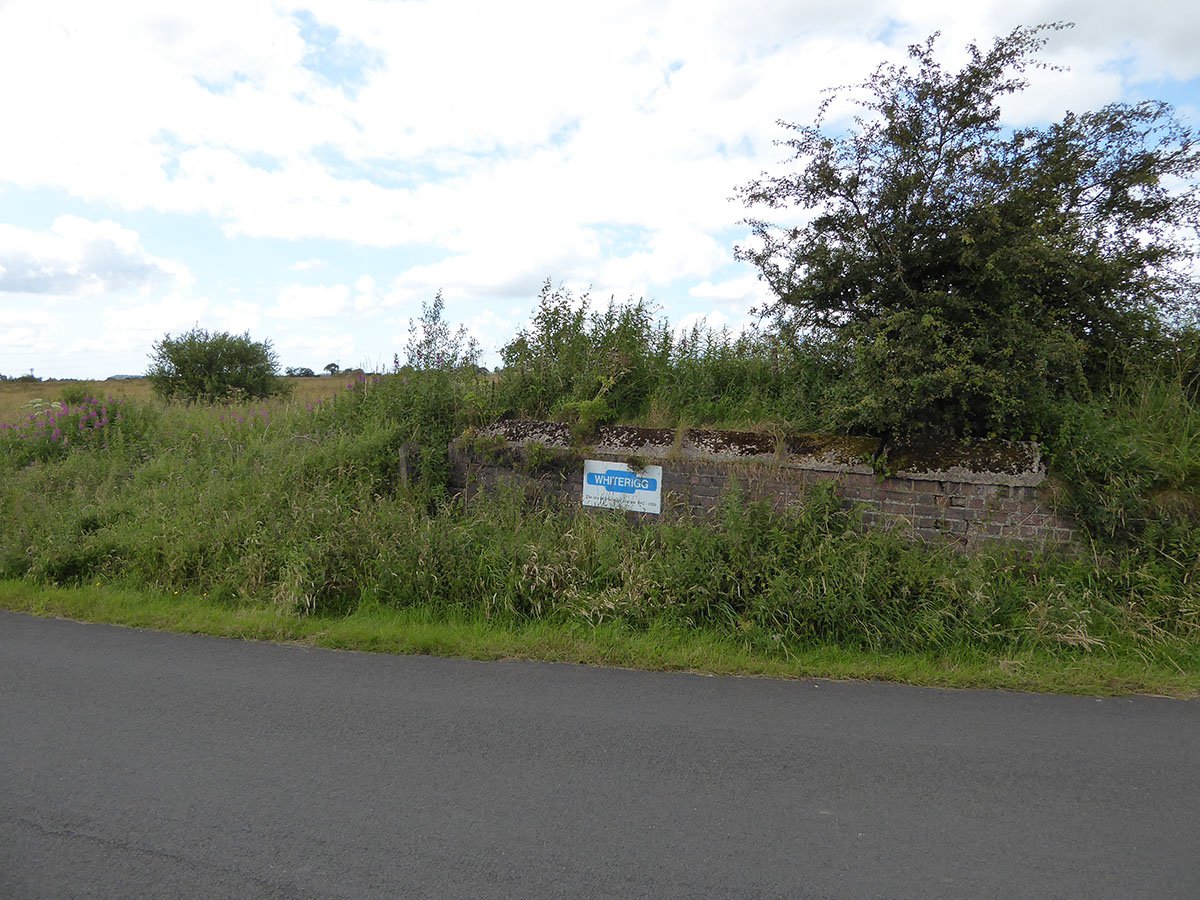 MINERALS TO LET. THE ESTATE OF ROCHSOLES, near AIRDRIE, With immediate entry, The SEAMS of COAL, including the Kiltongue, Drumgray, and Smithy Seams, also the Gas Coal and Shale, and the SEAMS and BANDS of IRONSTONE therewith connected, lying in and under parts and portions of the Estates of Dalmacoulter, Raebog, and Woodhead, extending to about 140 Acres. The various seams call be let separately, or the field divided into sections to suit Tenants; the Coal Seams have already been proved to be well suited for Household and Steam purposes. The Carlisle Turnpike Road intersects the Field, and the Rochsoles Branch Railway crosses the said Turnpike Road within a few hundred yards of the Field. Pits have already been put down through various of the Seams, the use of which will be given to tenants. The Slatey-Band Ironstone, under the whole Estate of Rochsoles, is also To Let. For further particulars apply John Rankin, writer, Airdrie; or Mr. Hume, Rochsoles, the later of whom will point our the boundaries, and with either of whom Offers may be lodged on or before 1st September next.

The Rochsoles Gas Coal is a mineral nearly allied to the celebrated Boghead coal, and produces a rich return in gas. As this class of coal is becoming year by year more scarce, its value has been enhanced; and it is well known that the output of the best kinds has been contracted for while the seams last. On the other hand, several new pits have been opened, whose produce would have naturally come in to supply the deficiency; but these were conserved for oil distillation, and the output of the old works was as anxiously secured for the same purpose. Since that time oil distillation has nearly ceased, and the proprietors of various seams of gas coal are now freely offering their mineral for sale. By an analysis of some Scotch gas coals, Prof. Fyfe, of Aberdeen, supplies the following results: Boghead = 15,486 cubic feet per ton of coal; Arniston = 10,500 Lesmahagow = 10, 176. Mr Young, of Dalkeith Gasworks, subjected 26 cwts. of the Rochsoles coal to the test, and found that it yielded 11,902 cubic feet of gas to the ton of coal. This proves its superiority to both Arniston and Lesmahagow, and we believe the proprietors are willing to offer it on moderate terms. As the full analysis of this coal may prove satisfactory to our readers, we give it in detail. A commercial sample of Rochsoles gas coal, consisting of 26 cwts, was received here on the 20th ult. for analysis for gas, from Messrs James Struthers & Co., Rochsoles Colliery, Airdrie. The following deductions were made from working the entire sample, as in the ordinary practice in gas-making; 6000 cubic feet of the gas was stored for examination.

At Stand, near Airdrie, on 31st ult, the wife of Mr James Struthers; a daughter.

While the thunderstorm was raging in the neighborhood of Airdrie on Sunday, the lightning struck a chimney-stalk at Stand Oil Works. The stalk, which was 75 feet in height, fell, smashing the roof of an engine-house and destroying a small pumping engine. Some of the bricks also fell on a large oil-tank, and destroyed it – about 900 gals, of oil running to waste.

FOR SALE; Two cast-iron and two malleable iron stills with connections and condensers (capacity about 1400 gallons each) in good condition. Also a number of usefull tanks and other articles suitable for Oil Distillery. - Apply to James Stuthers & Co. Rochsoles Colliery, Stand, by Airdrie.

JAMES STRUTHERS & COMPANY, Paraffin Oil Manufacturers. Stand Airdrie, Lanarkshire. Our works are situated on an affluent of the Calder. Employ 20 hands. Rateable value of works, 170/. The bed of the stream is not silted up. Our works are not affected by floods. Obtain supply of water jointly from springs and from coal pits, but do not know the annual consumption at our works. Use yearly, bituminous shale, 6,000 tons ; sulphuric acid, 12 tons. Produce yearly, crude paraffin, 240,000 gallons; sulphate of ammonia, 30 tons. The whole of the liquid refuse produced flows into the stream. Produce yearly 4,000 tons of spent shale, which is deposited on the adjoining land. Use steam, 12 nominal horse-power. Consume yearly 4,000 tons of coal, and make about 400 tons of ashes, which are deposited on the shale heap. The excrements of our workpeople are deposited on the adjoining lands. Have no suggestions to offer.