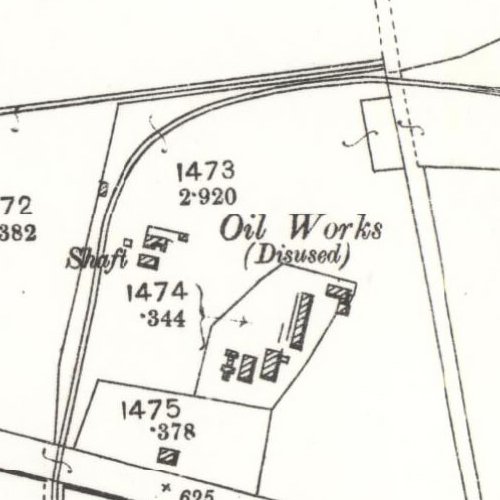 Redwood lists that Pathhead Oil Works was located in Fife and active between 1867 and 1876. This might have referred to Pathhead, just east of Kirkcaldy, an area with many port-linked industries including a whale oil refinery. It seems more likely however that Redwood's notes were incorrectly transcribed and should related to Pathhead, near New Cumnock, Ayrshire.

A disused oil works is clearly shown on the 1896 Ordnance Survey map. In 1903 the nearby Pathhead colliery was operated by J. Gray & Co. 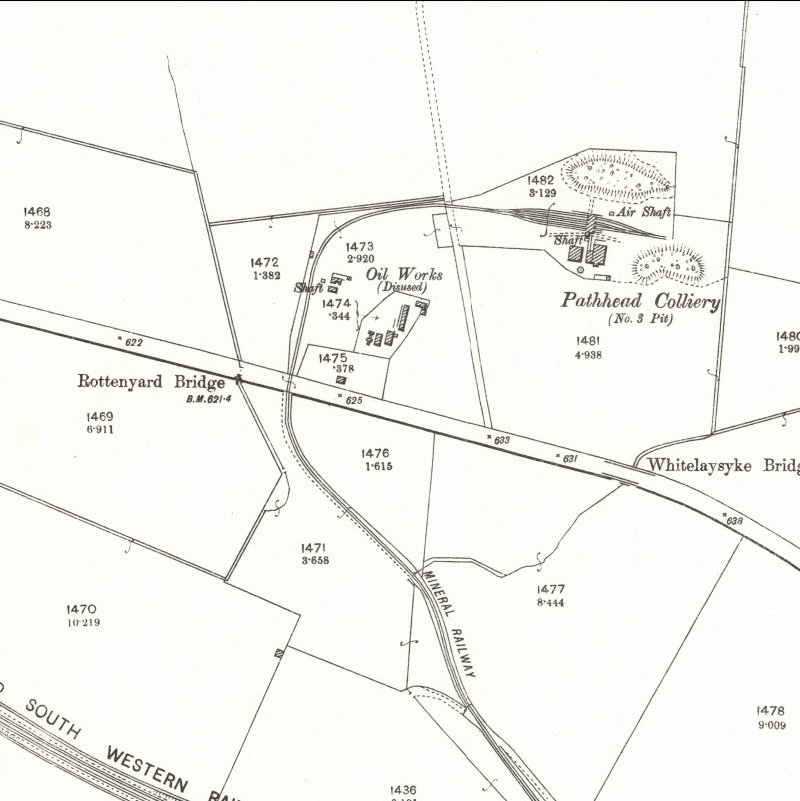 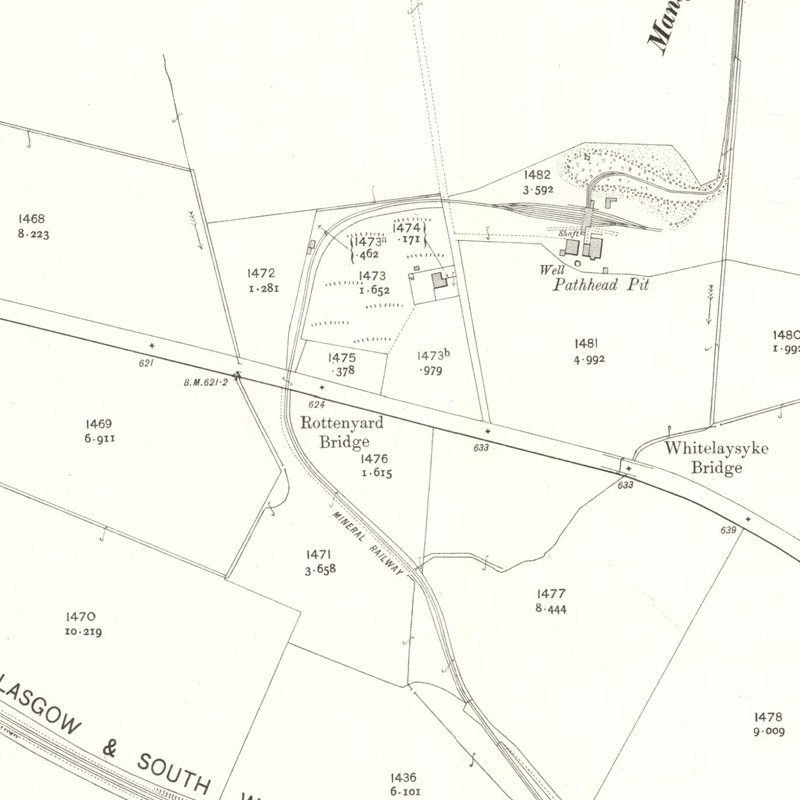 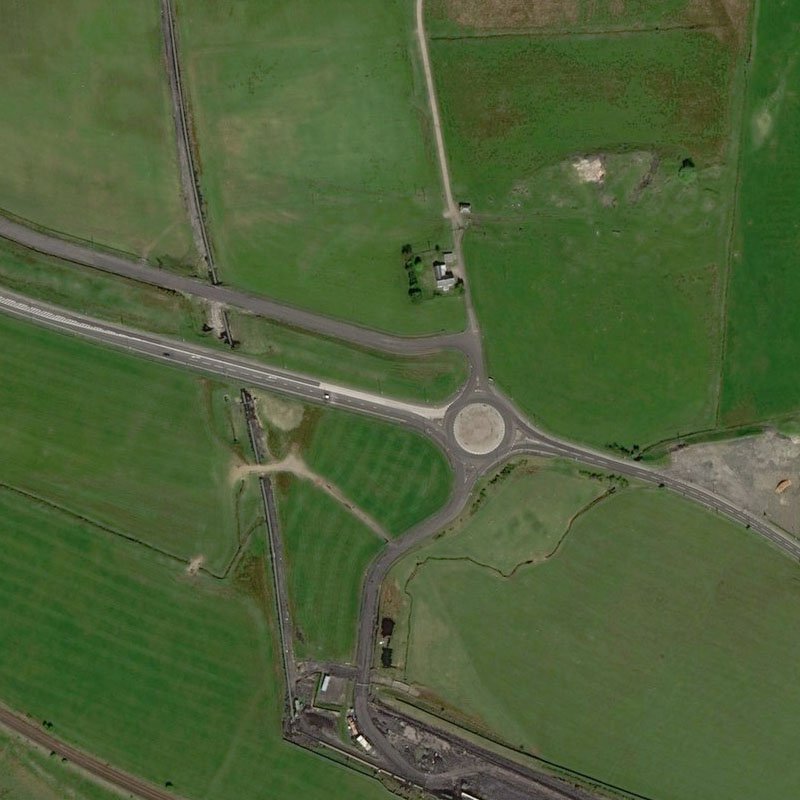 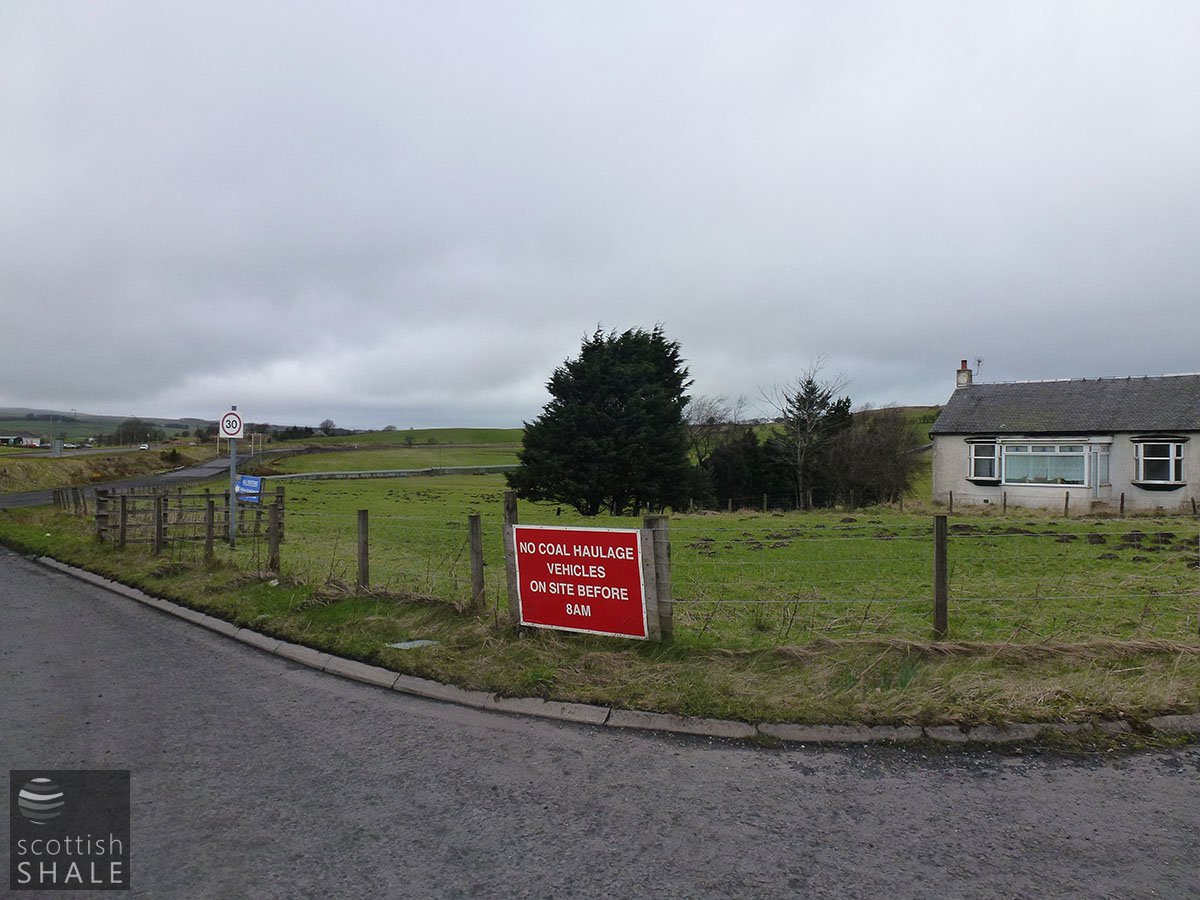 Approximate site of Pathhead Oil Works. A conveyer bringing coal from an opencast site can be seen in the background. Looking north west. March 2012. 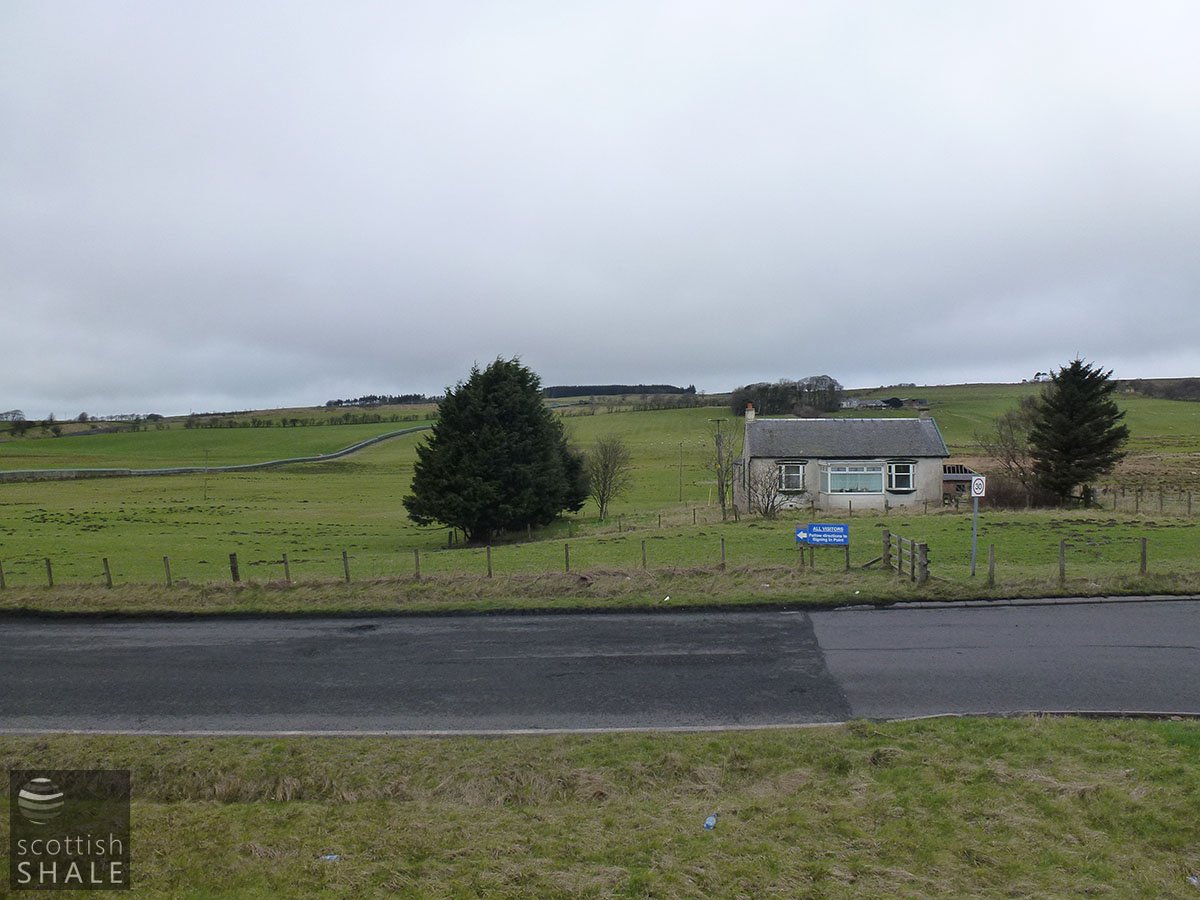 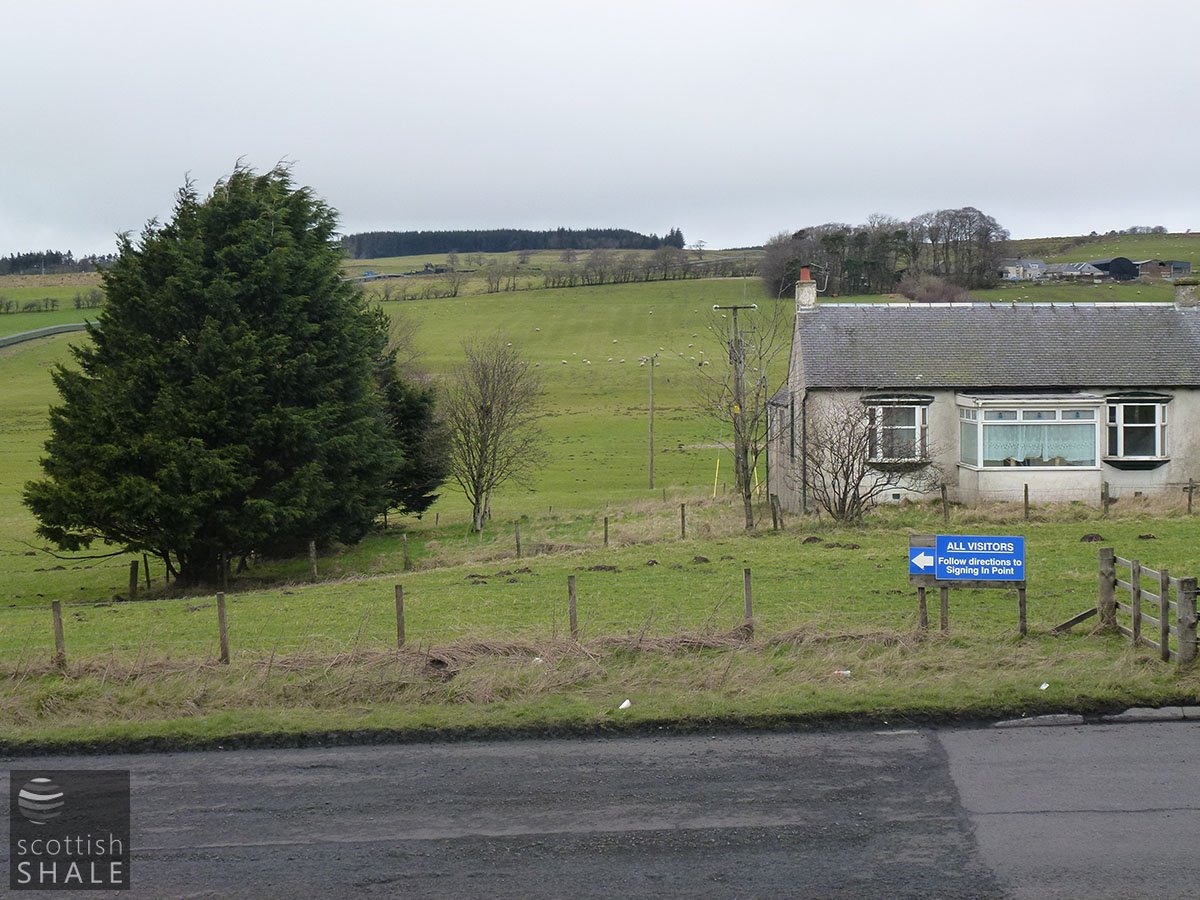 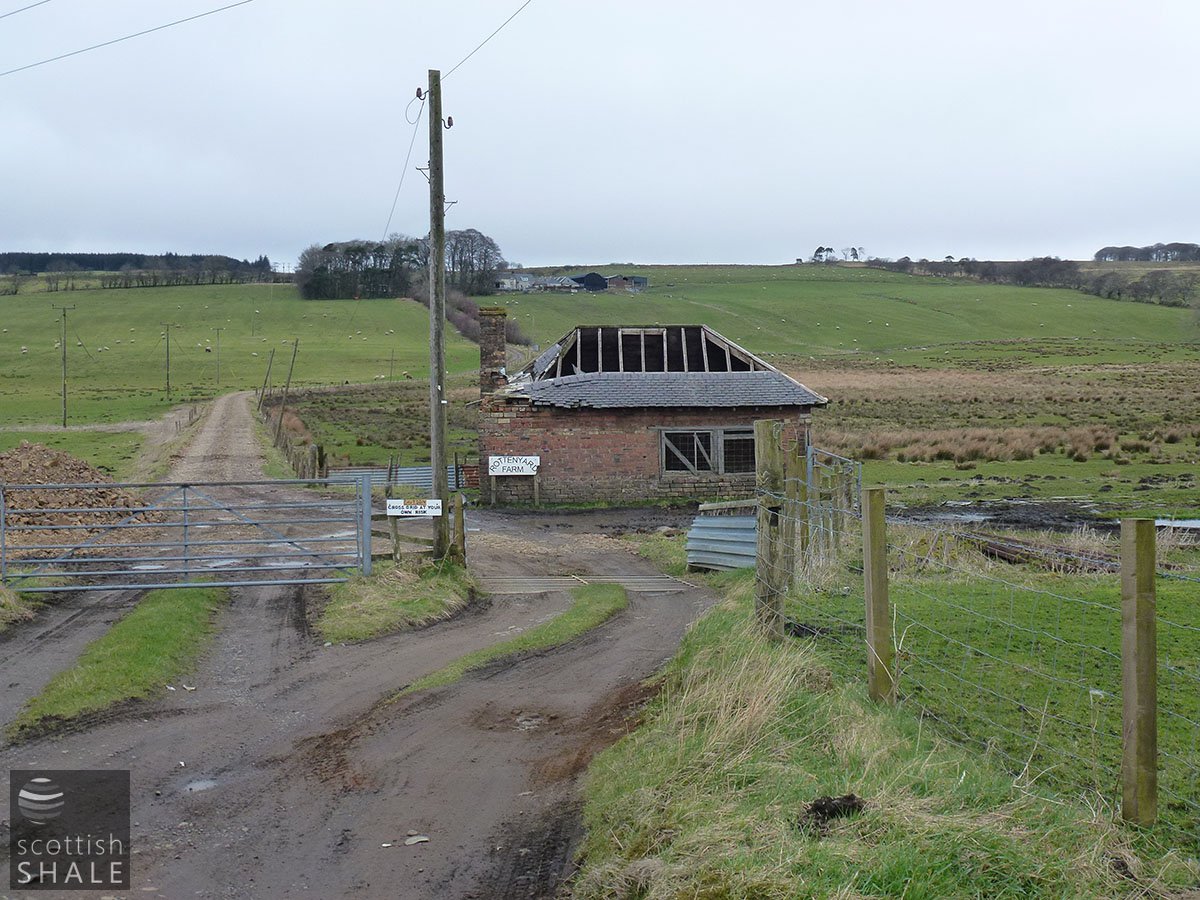 Site of level crossing serving Pathhead Colliery; the building is presumably the railway weighhouse for the colliery. Looking north. March 2012.

All along the route form Kilmarnock to New Cumnock search has been made with considerable success, and at the latter mentioned place an oil work has been erected by Messrs. Brown & Co. for the distillation of the Ayrshire shale into its numerous compounds.

At Pathhead Colliery an oil-shale was worked, which may possibly represent the position of one of the Lanemark Gas Coals, although there is no evidence to establish an exact correlation.

Two gas coals are also known near Pathhead, on the northern margin of the basin, at horizons below the three already considered. The higher was in one place about 6ft. thick, and is said to have consisted almost entirely of cannel. This seam was at one time treated at the Pathhead oil-works, but little information has been obtained about it, either as regards extent or quality.