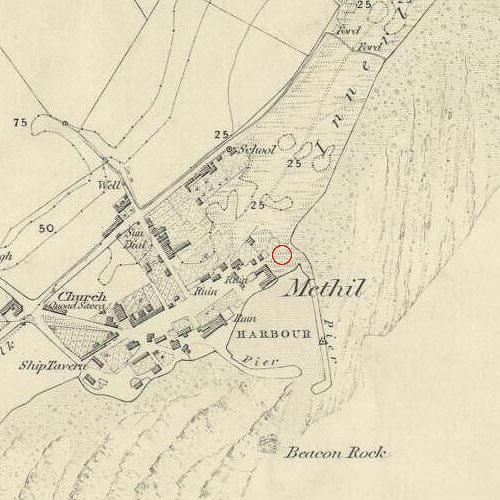 Redwood notes that the oil works were equipped with 40 horizontal and vertical retorts and operated both as a crude oil works and a refinery. He also states....

"started by Messrs. R. Carrick and Arnott, was known by the name "Methyl Paraffin Oil Works", and was situated at the north-east corner of Methyl "old" harbour, in Fifeshire. The crude oil was made from a gas coal found in the Pirnie Parrot Coal Seam, which later on was found only twelve feet from the surface. The crude oil was refined and sold in the neighborhood for 3s 6d. per gallon, but a year or so later a contract was made to supply a Newcastle merchant at the rate of 2s 6d per gallon.. The tanks in which the oil was stored while in the course of purification were made of brick and cement; but this method of storage led to such a large loss by leakage that the firm failed in 1868; and the members had to leave the country in order to escape arrest. Mr. Benney (on whose estate the work was situated) carried on the business (producing only crude oil from 16 retorts) until 1870, when he gave it up as unprofitable."

From the early 1840's, a particularly rich seam of cannel coal was worked in the Methil area, and shipped widely to supply the gas industries . Mineral statistics for 1854 lists "Methel cannel" as second only to "Boghead Parrot" in terms of tonnage exported to London. Slightly later, Methil cannel also supplied the coal oil industry; for example, it was sent by sea to the Grangepans Oil Works in Bo'ness.

As the supplies of Boghead coal became exhausted, the proprietors of the Bathgate Chemical Works sought an alternative source of oil-rich cannel. Prior to 1859, Edward Binney and Edward Meldrum, (two of the three partners operating the Bathgate works), formed the Pirnie Coal Company to operate coal interests based at Pirnie Colliery Methilhill (56.185613, -3.034078), a mile west of Methil harbour. From 11th November 1859, Edward Binnie became sole partner in this company, the dissolution of copartnery being signed by Binney in Manchester and by Meldrum at the Bathgate works. Amongst the property held by Binney (or the Pirnie Coal Company?) since c.1858 was an old shipyard in Methil, probably chosen as site of the Methil oil works to provide easy export of products by sea. At that time the small harbour at Methil was in a poor condition, with many waterfront properties shown on the 1854 OS map marked as ruins.

Construction of the oil works (various titled as Methil, Methill, or Methyl paraffin oil works) seems not to have begun until c.1864 when James Young's patent on oil production from cannel coals expired. This development was not undertaken by Binnie's Pirnie Coal Company, but instead by the partnership of Robert Carrick and John Arnot, trading as the Methil Paraffin Oil Company. Carrick was previously manager of the Pirnie Coal Company; Arnot was a gas engineer working in England who seems to have contributed little to the company other than some second-hand equipment. The works closed in 1867 following the collapse in oil prices due to American imports. Bankruptcy proceedings during July 1869 tell the sad story of the company's failure. These make mention to the sale of equipment to Mesrrs. Colville & Gray of Coatbridge (a firm associated with Avonhead Oil Works ), although it was unclear whether this was removed from site. By 1872, when the partner's debts were discharged, Robert Carrick's address was given as St Louis, United States of America; perhaps giving credibility to Redwood's assertion that members of the firm had to flee the country to avoid arrest.

In 1869, the works were put on the market as a going concern, but attracted little interest, although the local press made mention of possible take over by a Kirkcaldy firm, and of the possibility that equipment would be set up on a new site by the Pirnie Coal Company. Neither appears to have taken place. It seems that in 1872, the Pirnie Coal Company (sometimes latterly referred to as the Pirnie Coal and Paraffin Oil Company) resumed small-scale production of crude oil on the site, despite concerns about pollution. Some disused oil works plant survived when the site was offered for sale in 1878. 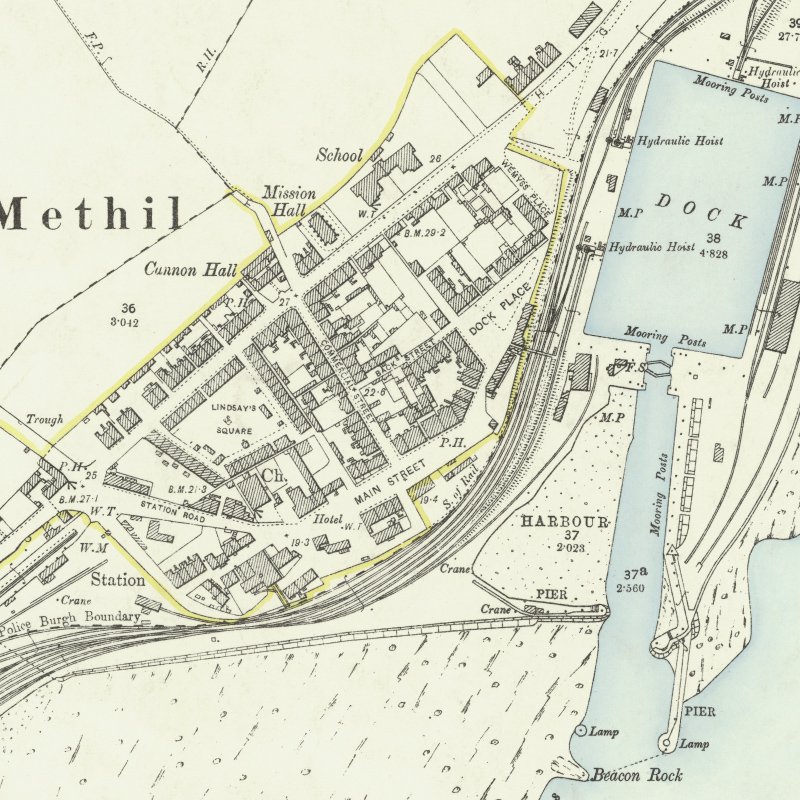 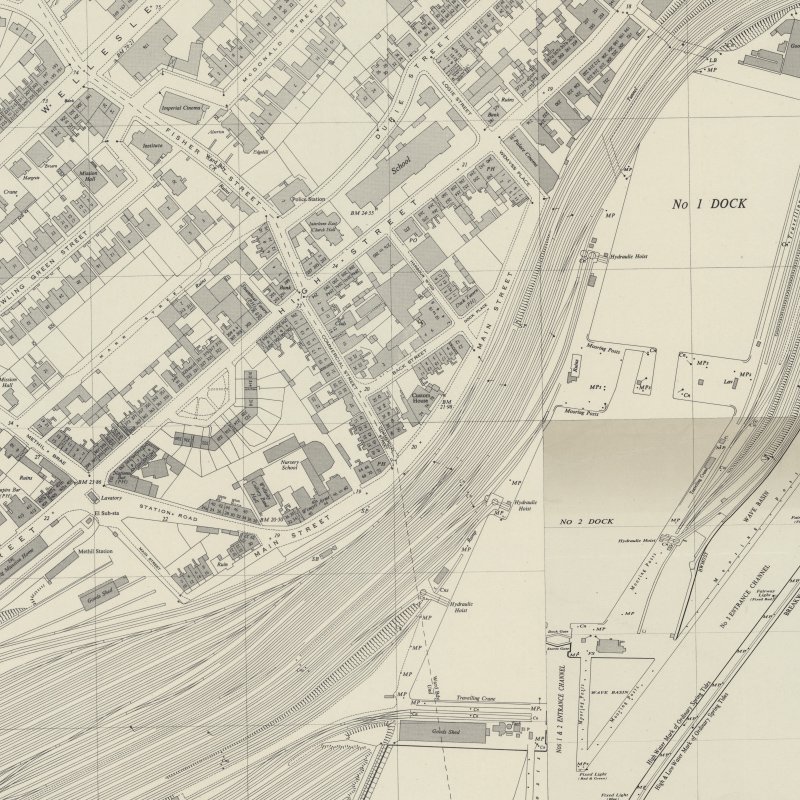 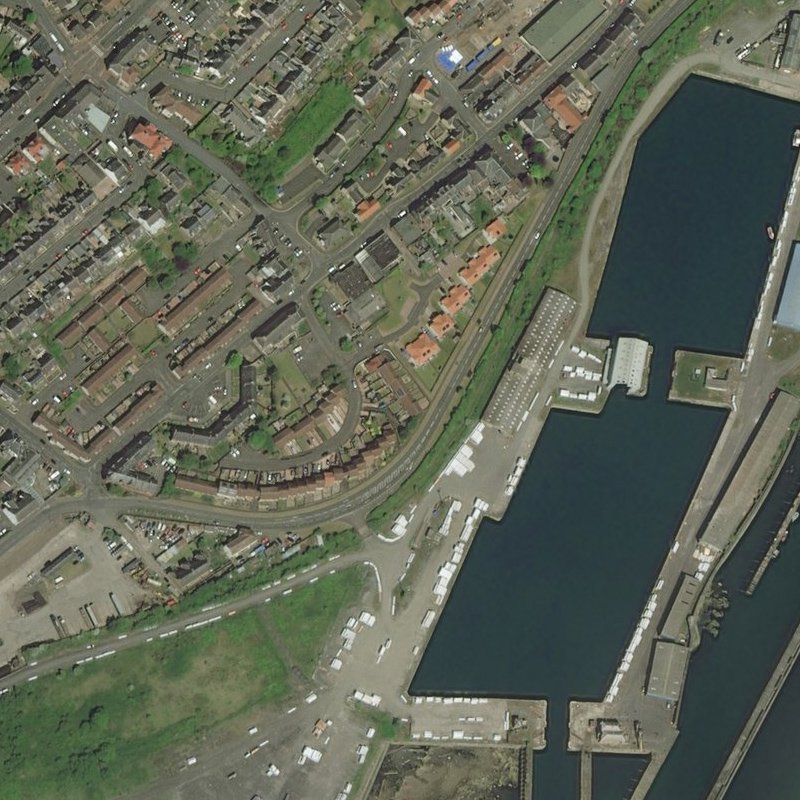 Methil - NEW OIL WORKS – The recently discovered process of converting coal into oil is going forward very briskly in this place, and the works are being increased, thereby affording employment to many willing hands.

MINERAL OIL WORKS – TO BE LET, with Immediate Entry. THE METHIL PARAFFIN OIL WORKS, METHIL, FIFESHIRE, including the WORKS lately occupied by the Methil Paraffin Oil Company, with the SMITH'S and COOPER'S SHOPS, OFFICE, &c., fourteen TENEMENTS for WORKMEN, and a very extensive YARD. For about 90 yards, the Property fronts the Harbour at Methil, where vessels of 200 tons burden can load and discharge cargoes. The works are well-situated for a cheap supply of coal and are only about a mile from the Leven Station on the Leven and East of Fife Railway. Arrangements may be made for supply of Cannel Coal, yielding from 50 to 60 Galls. Of Crude Oil per Ton, which can be delivered at the works at a low rate. Further particulars may be obtained from JAMES WEBSTER, S.S.C., 37 Albany Street, Edinburgh; of JAMES W KIRBY, Pirnie Colliery, Leven, Fife.

The Pirnie Coal and Paraffin Oil Company appealed against the valuations put upon certain houses they had erected upon their works for the use of their workers, for which they alleged no rent was paid. Mr J. R. Welch, writer, supported the appeals, and said it was the principle upon which the valuation was made that his clients disputed. He stated that the appellants had a lease for twenty-one years of the colliery at Methil and works at Methilhill from the late Mr Wemyss, and that during the currency of their lease they were entitled to erect certain buildings, including workers' houses, at their works, which might or might not be taken by the proprietor at a valuation, and might be taken down at the expiry of the lease. The buildings were erected by the appellant, but as he had no feudal title to them he submitted that they could not be assessed.

To be SOLD by PUBLIC ROUP at LEVEN STATION, LEVEN and E . of FIFE . RAILWAY on WEDNESDAY the 13th day of October 1869. 312 PARAFFIN OIL CASKS belonging to the Sequestrated Estate of the Methill Paraffin Oil Company. Many of the Casks are new . The Whole will be Divided into suitable Lots. The Roup to begin at One o'clock P.M . Leven 1st October 1869.

Methil - The Chemical Works – We learn that the Paraffin Oil Works have been leased by a Kirkcaldy firm, and are soon again to be in operation.

The Paraffin Oil Works at Methil, which have long been standing, have been disposed of. Mr Binnie [sic], coalmaster, has purchased a number of the retorts, with the view, we learn, of erecting them near his colliery for the purpose of manufacturing his coal into crude oil.

Methil - Oil Works – Preparations are making here to start the Paraffin Oil Works that have been standing for some time past. They are leased by Mr Binny [sic], of The Pirnie Parrot Coal. It will give employment to a few. But this Oil Works is very offensive to many of the inhabitants here, from the filth it produces, and especially to the fishermen, who will suffer from its bad effects in destroying their bait.

Methil - The Paraffin Oil Works. —Much activity prevails at these works at present. The oil manufactured is sent off a crude state, and in number of cases is, we understand, used in the making of gas. These works add not little to the trade the district and materially enhance the shipping at the harbour.

Methil – To be let for a term of years, the Buildings, Dwelling Houses, and Land known as the Methil Paraffin Oil Works, situated close to the Harbour. The Oil-making Plant, consisting of 13 retorts, Condensers, Steam Engine, Boiler & c. can be taken over by Valuation or not at the option of the Tenant. The premises are suitable for Iron Shipbuilding, for which they were formerly used, and for other purposes. Apply Mr. Kirby, Ashgrove, Leven.