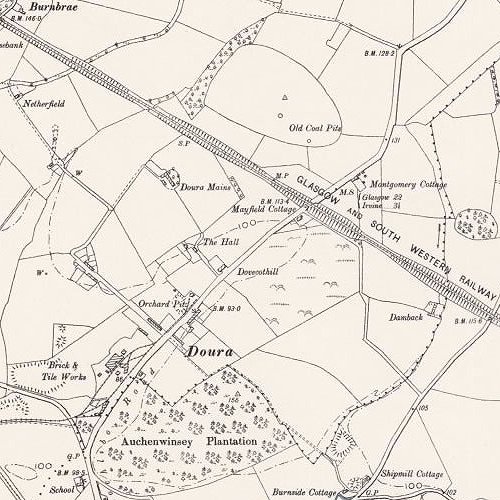 Not listed by Redwood

One of a number of small oil works that utilised a seam of "parrot shale" or "shale coal" found in the Kilwinning area. (other oil works were at Annick Lodge, Balgray, Doura, Fergushill, and Kilwinning). Redwood records that the Doura or Patterson (sic) shale yielded 36.45 gallons of crude oil per ton of mineral.

James Baird of Patterton oil works is listed in the 1878 Slater's Royal National Commercial Directory of Scotland under "Paraffin Oil Distillers" in "Kilwinning". The precise location of the works is not known, but 1875 valuation rolls indicate that they were sited in the Doura area, and were listed in association with brickworks, smithy and various houses owned by John Barr and William McJannet, and a further oil works at Doura operated by John Baird.

The placename "Patterton" occured in Laigh Patterton, Mid Patterton and High Patterton farms , which were sited more than half a mile north of the mining community of Doura. There appears little evidence of mining and associated industrial activity in the lands of these farms.

James Baird, proprietor of Patterton oil works, is listed in valuation rolls as resident at Blackwood cottage, Lesmahagow. John and James Baird were tile and brickmakers with various interests in the Lesmahagow area, and elsewhere in Ayrshire. They appear to have operated a small scale oil works at Kirkmuirhill in association with their brick and tile works.

Available evidence suggests that John Baird's Doura oil works was likely to have been associated with Barr & McJannet's Doura brick and fireclay works. This also seems the most likely site for Patterton oil works.

Mapped by the Ordnance Survey of c.1895, showing the brick and tile works at Doura, the likely location of Patterton oil works, and the farms of Laigh Patterton, Mid Patterton, and High Patterton, lying about a half mile north of Doura. 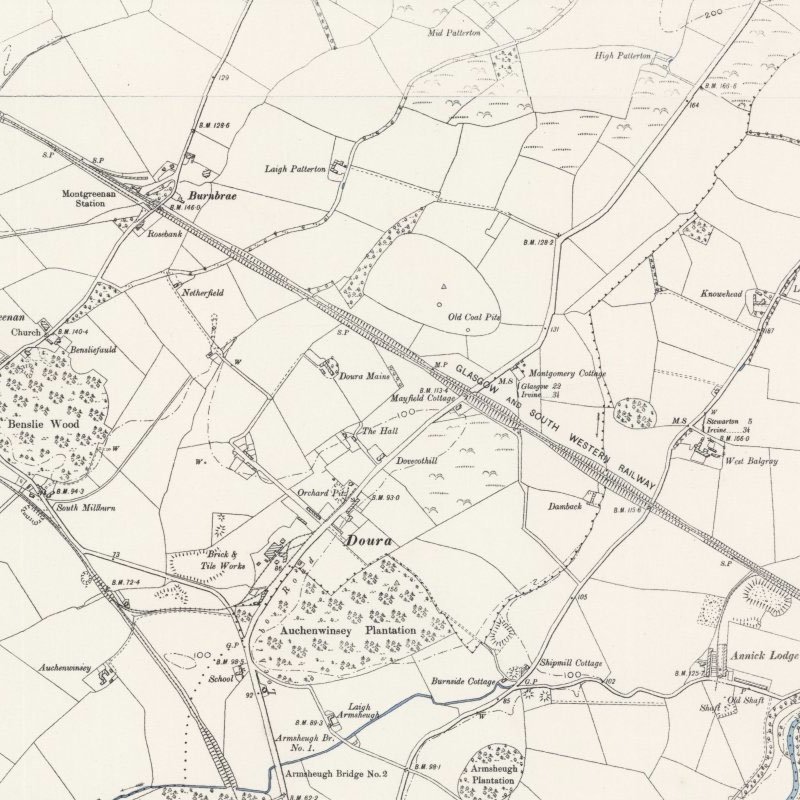 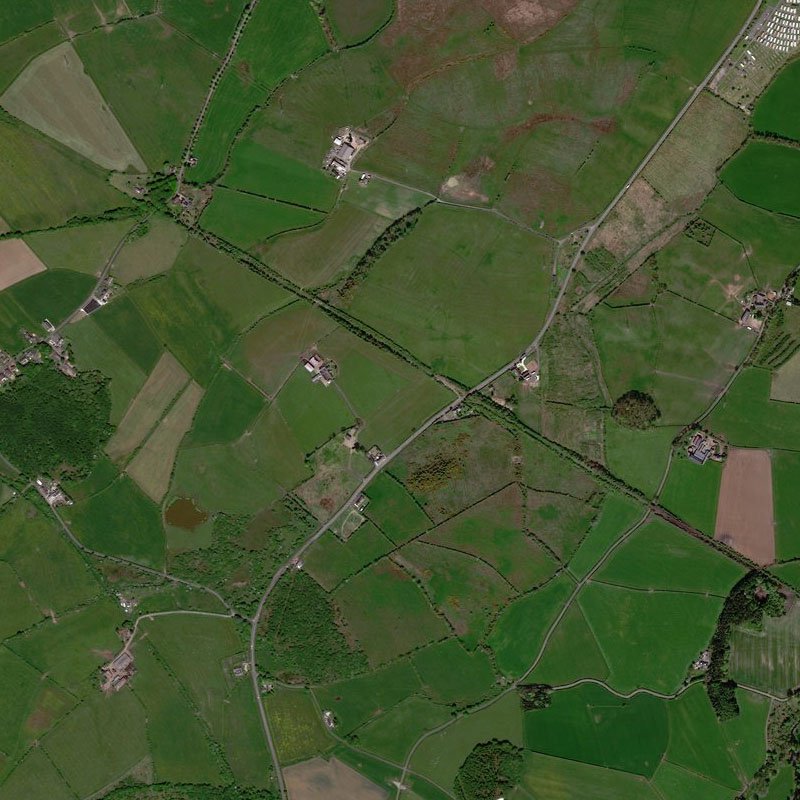 Mr. James Baird, Patterton oil work, to stand unvalued so long as the works are idle.