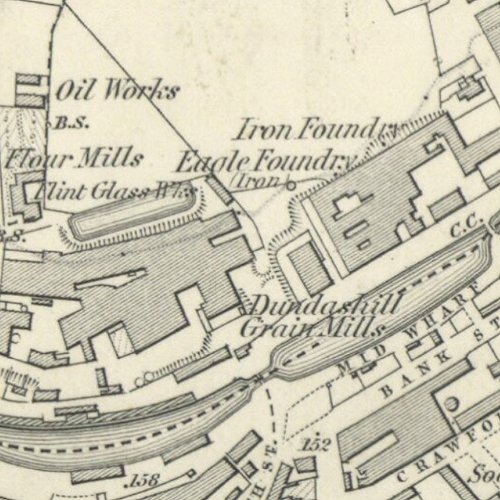 A paraffin refinery on the banks of the Forth & Clyde canal in the industrial heart of Glasgow, which seems likely to have processed crude oil produced at the company's Loanhead Oil Works, north of Airdrie. Not listed by Redwood. 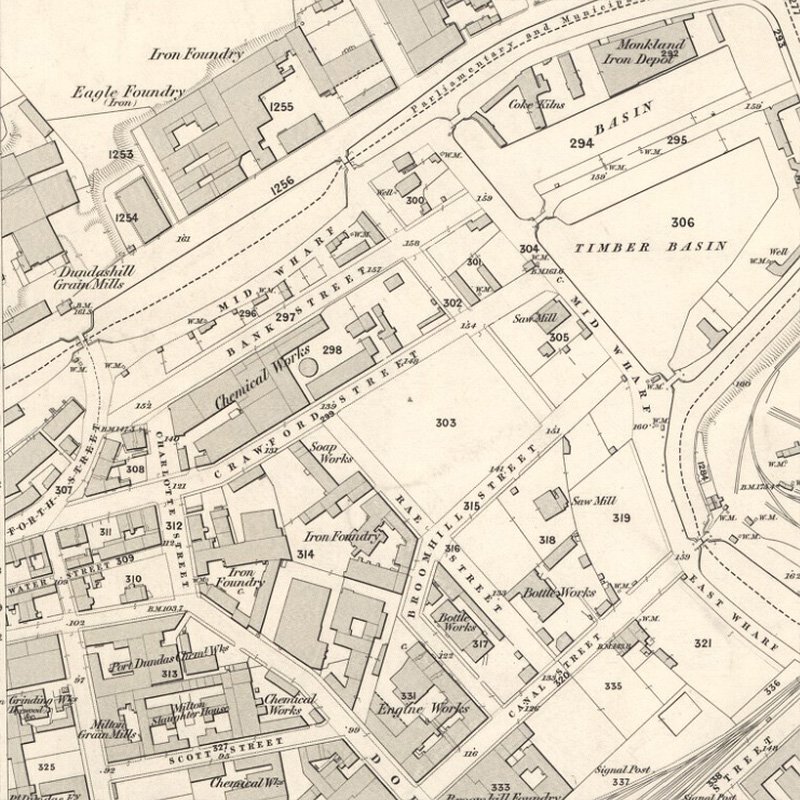 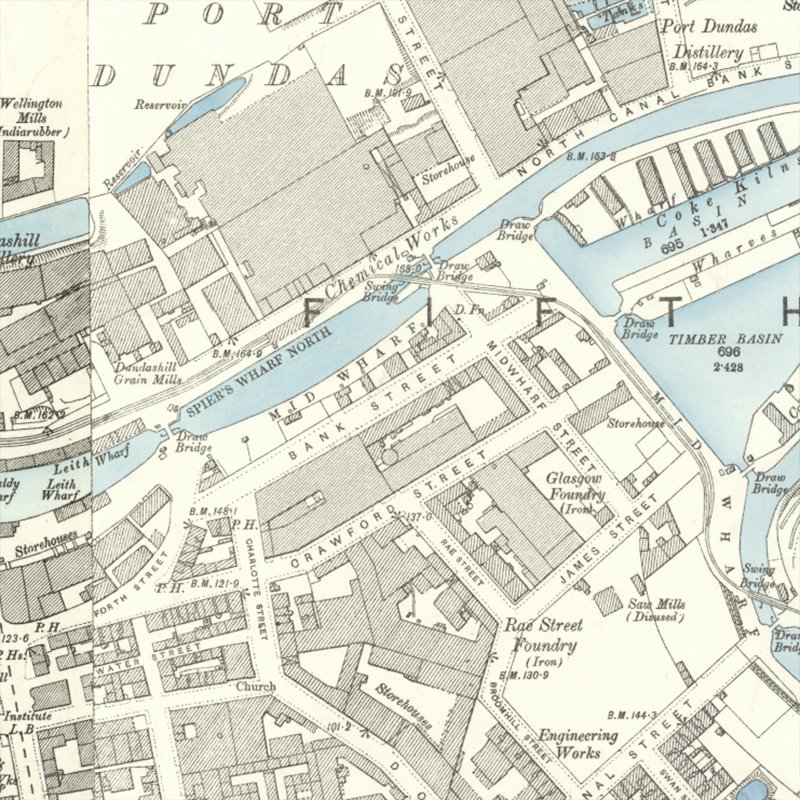 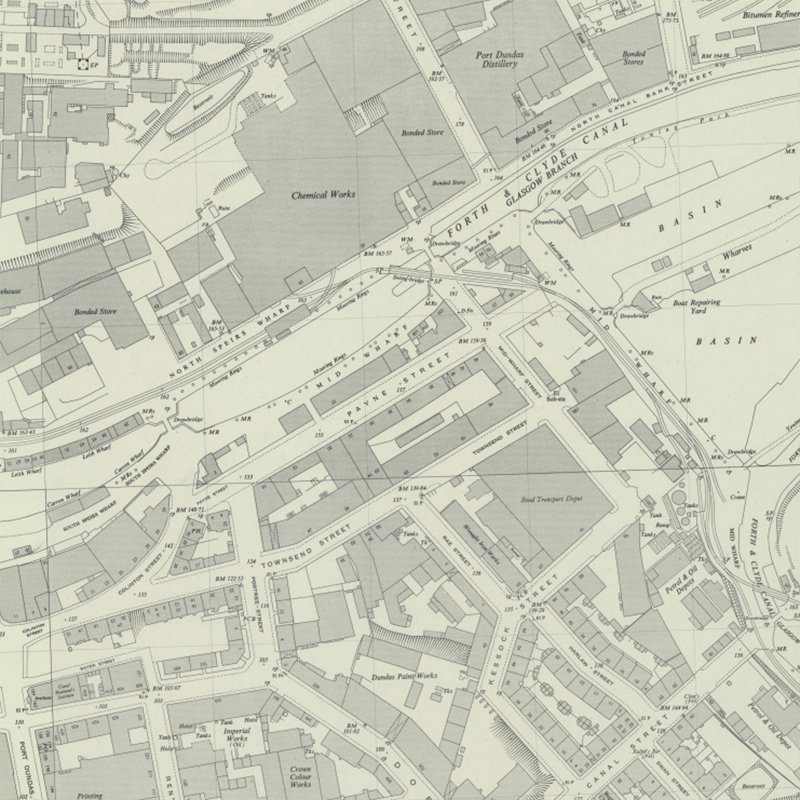 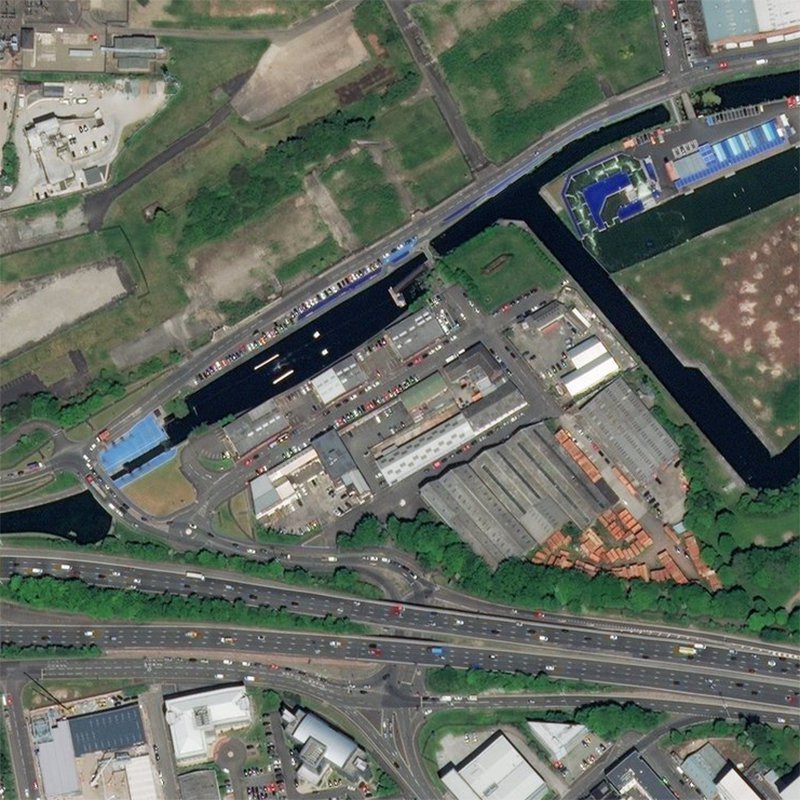 Our works are situated on the banks of the Forth and Clyde Canal. Employ 39 hands. Rateable value of works, 182/. 6s. Obtain supply of water jointly from Glasgow Corporation Waterworks, and from Forth and Clyde Canal. Consume about 10,000,000 of gallons yearly. Refine yearly crude oil, 1,000,000 gallons. Use sulphuric or other acid, 340 tons; caustic soda, 120 tons. Produce naptha, 14,000 gallons; crude paraffin, 120 tons; lubricating oil, 450 tons; illuminating oil, 460,000 gallons. Our liquid refuse consists of tany matter removed from the oil by sulphuric acid, and in combination with it, and of tarry matter removed and in combination with caustic soda. These two descriptions of refuse, called by us "acid tar," and "soda tar," are kept separate, and with the exception of a small proportion of acid, which is recovered by the application of steam, and used in the manufacture of sulphate of ammonia, are used for fuel, by an extremely simple patent taken out by us in 1869.

The other liquid refuse is kept clean and free from other tarry matters with which it comes in contact by being made to pass through six different cesspool filters, by which means the appearance of any tarry or oily matter on the surface is at once seen, and the cess pools are regularly skimmed, the tarry or other matter is taken out and burnt, and the refuse finally passes away comparatively clean into sewers and thence into the Clyde. Use yearly steam, about 40 horse-power. Consume yearly 1,400 tons of coal, the ashes from which are carted away to form embankments, or to fill up hollow places. The excrements of our workpeople are sold to farmers for manure. We suggest, as the best means of avoiding pollution in future, that suitable filters and depositing tanks should be used, and that all liquid refuse should be properly filtered before being passed into rivers and streams.

From Report on the pollution of Scotch Rivers to the Rivers Pollution Commissioners, 1873