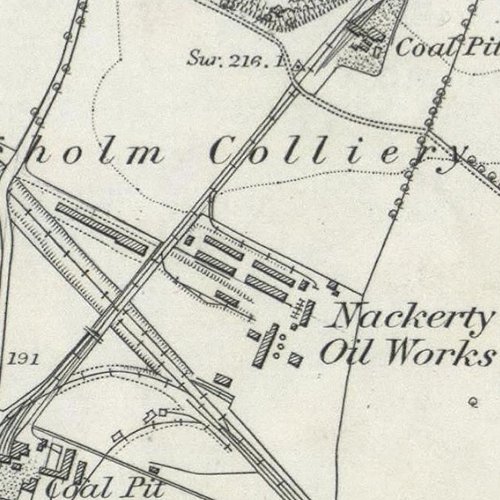 A substantial crude oil works, presumably utilising the same seam of cannel coal as the nearby Kirkwood Oil Works. The OS map appears to show the 104 retorts laid out in four benches, plus other structures used in distillation of the oils. A row of eighteen worker's houses, which came to be known as Oilworks Row, was built to the west of the railway linking the Bredisholm pits.

Oil production began in September 1866, but ceased within a few months, presumable due to the collapse in the price of oil. Newspaper accounts show that the works resumed in December 1867.

Valuation rolls suggest a change in ownership from the Bredisholm Oil Co. to the Uddingston Oil Co. in about 1871, although this would benefit from further verification to confirm that these firms operated from the same site. The sale notice for the Uddingston Mineral Oil works in August 1874 includes a variety of refinery equipment but no machinery for the production of crude oil. The location 1 miles from Uddingston from Uddingston Station would fit with Bredisholm oil works. 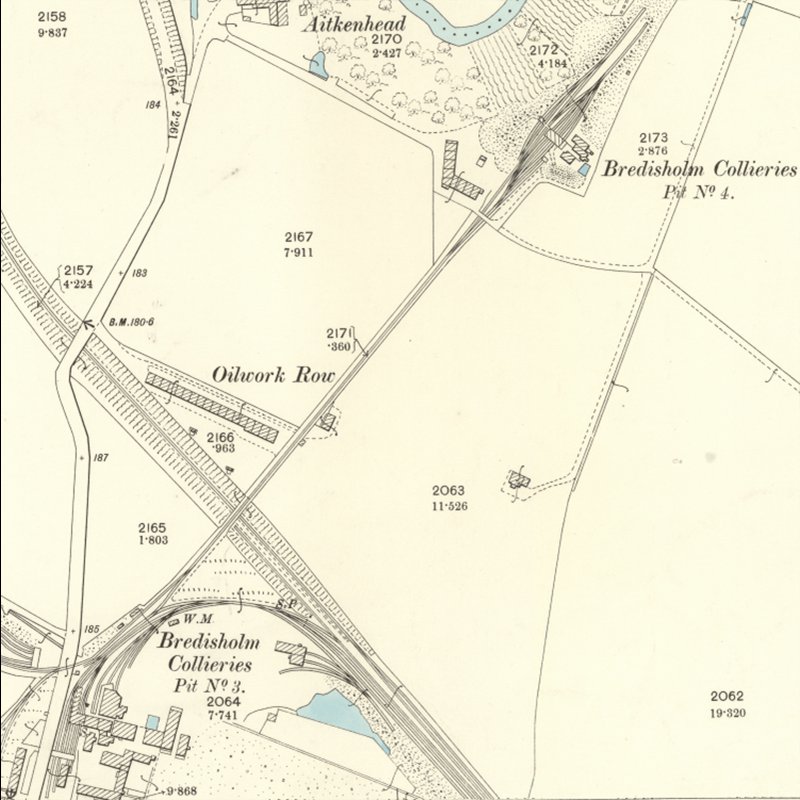 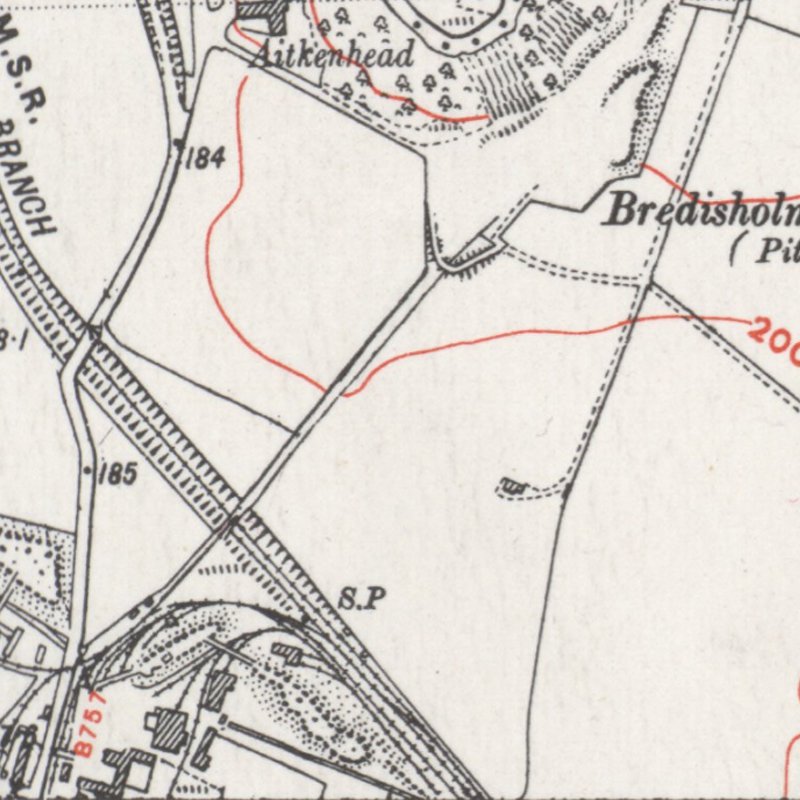 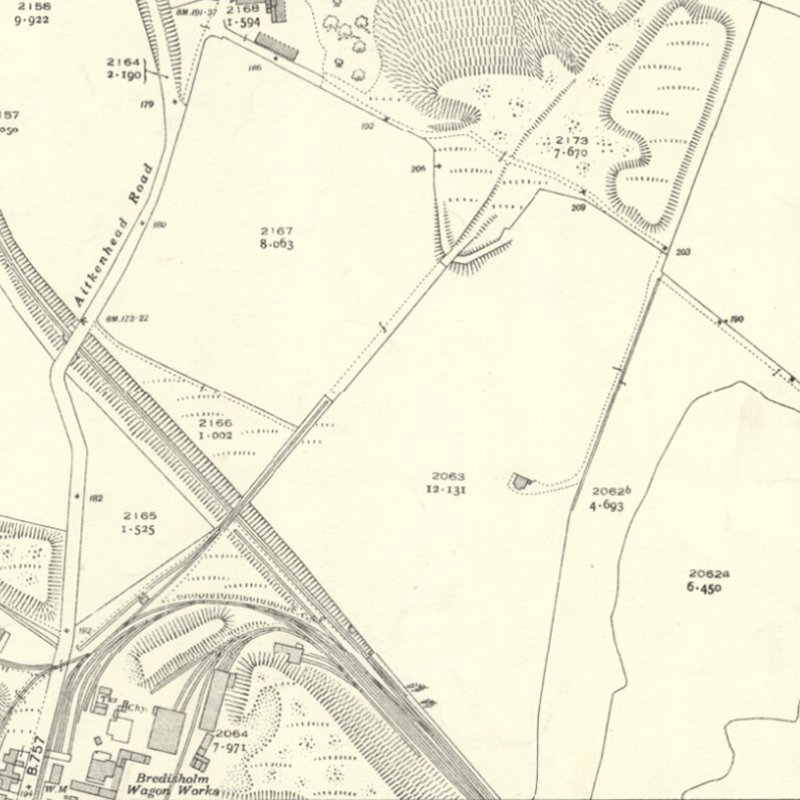 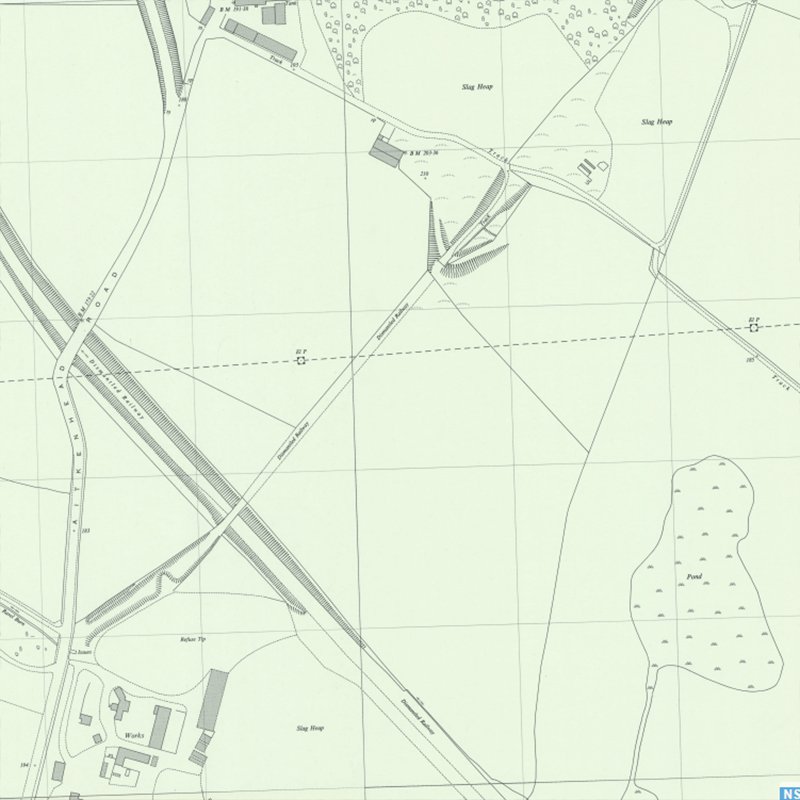 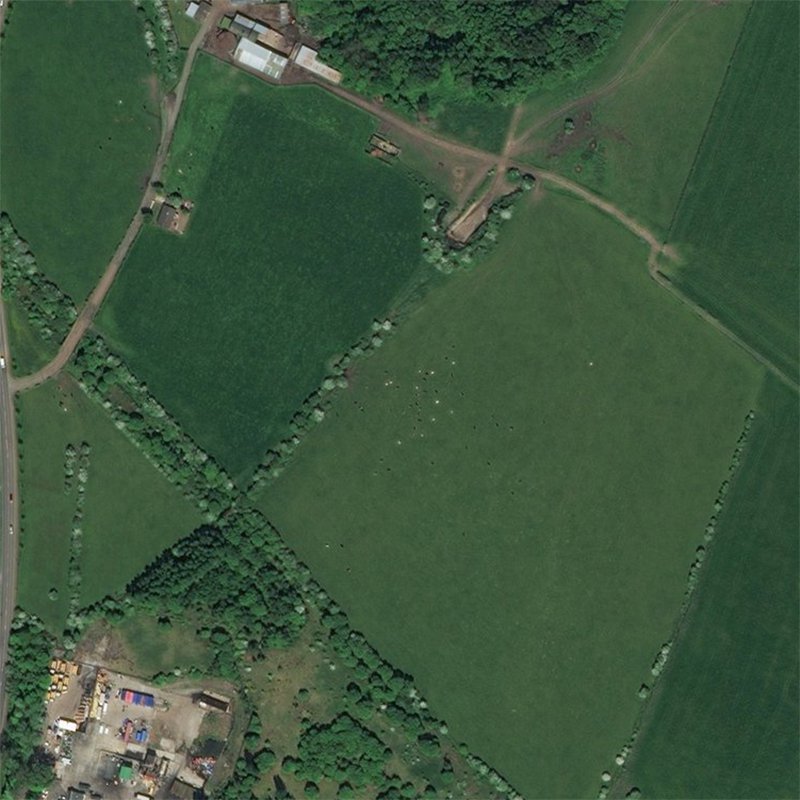 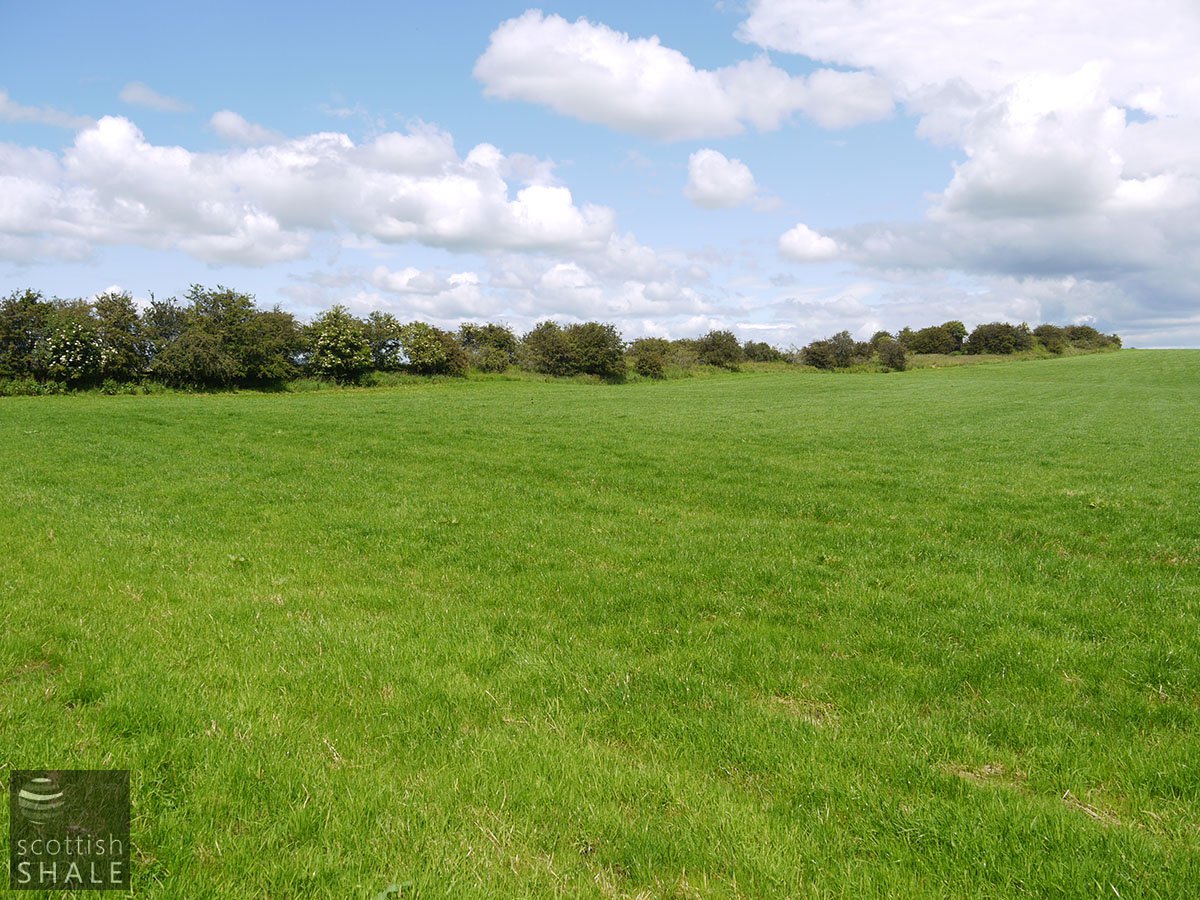 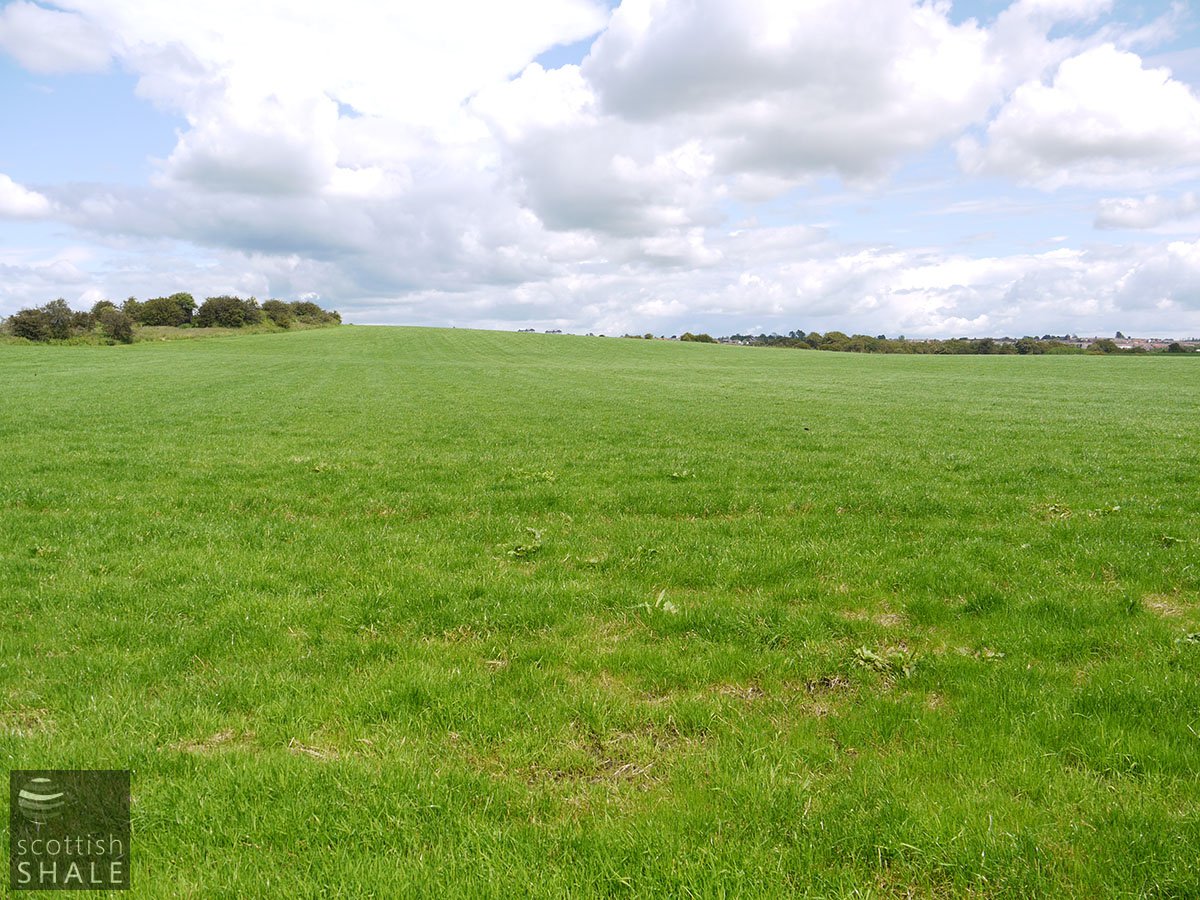 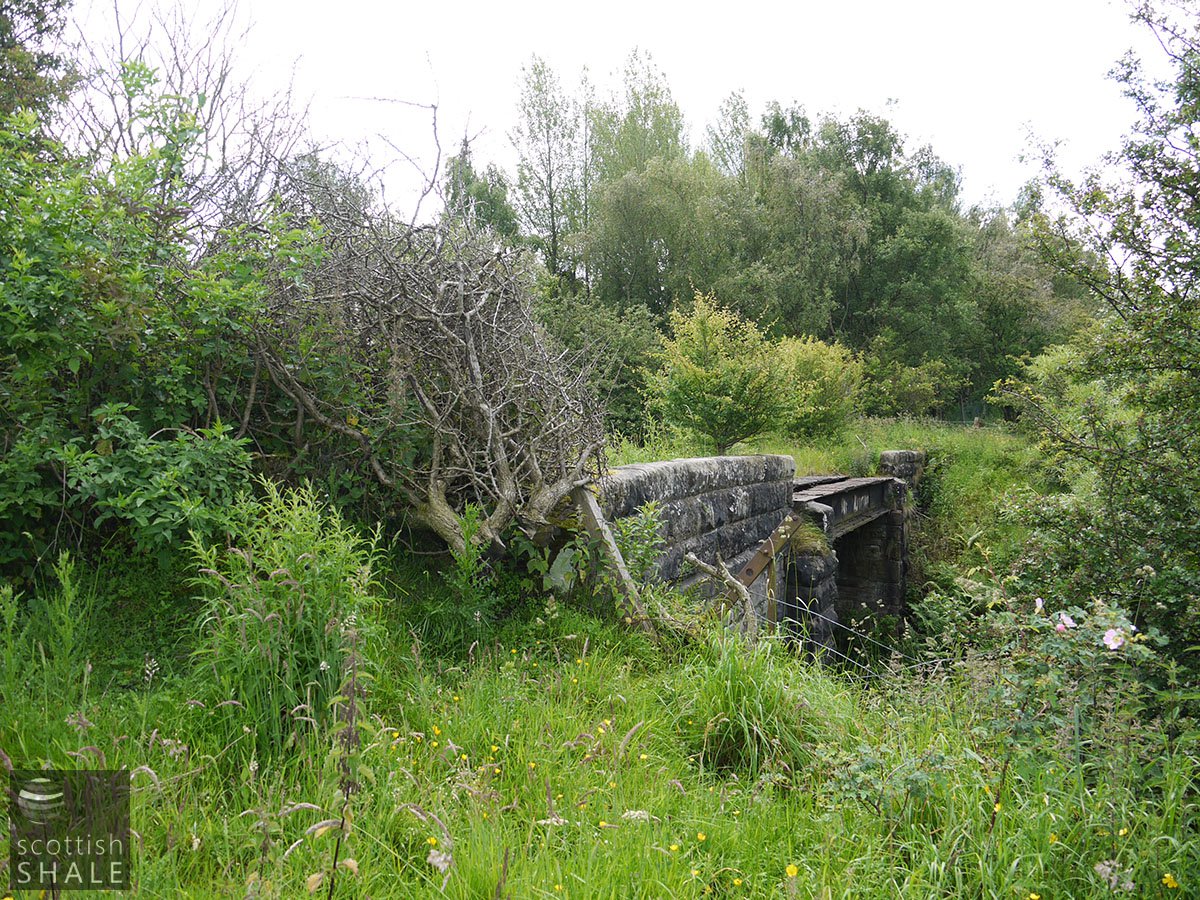 Little more than Nine months ago, an acre of land was staked off on the farm of Aitkenhead, in the vicinity of Baillieston, by a company of gentlemen for the purpose of erecting an oilworks thereon. Estimates for the work were received, and that of Mesers George Bennie & Co., engineers, Glasgow, was accepted. The works, under Mr. Bennie' s superintendence, were rapidly proceeded with, and within the period mentioned no less than 104 retorts, on the most improved principle, have been completed for the manufacture of oil, and placed under the directorship of Mr. Alexander Stewart, Uddingston, one of the managing partners of the firm, which is named the Bredisholm Oil Company (Limited).

Last week sixty of the newly-erected retorts were "fired up," and found to work admirably . Each of the retorts cost upwards of £ 60, and will produce on an average thirty-five gallons of crude oil per ton of parrot coal, this coal being found, to exist in abundance in the neighbouring workings belonging to Messrs Reid & Co., Nackerty. The works when finished will furnish employment for nearly 150 men.

The British-holm Oil Company at Nackerty is about to resume operations, after a stoppage of nearly twelve months...

With respect to the oil trade, there are signs of improvement. In the course of last week a number of retorts at the Nackerty Works, which have been out for nearly a twelvemonth were "fired up" and it is said that they will in full operation during the coming year.

Annual Supper - Uddingston Oil Works.— The first annual supper of the men employed in these large works took place the evening Friday week in Mr Thomson's inn. There were about forty present. Mr Robert Bennet, assistant manager, occupied the chair, and Mr James Ne«s acted croupier. After excellent supper bad been served, a number of toasts were given and cordially received. Songs were sung the Chairman and Croupier, Messrs Dunlop, Jarvie, Oliver, Smellie, Robeson, and others, which greatly enlivened the proceedings. A very happy evening was spent, and we understand it is resolved to continue meetings annually, now that these large works are full operation.

Our works are situated on a small stream, a tributary of the Calder. Employ from 70 to 100 hands. Rateable value of works, . The bed of the stream is not silted up. Our works are not affected by floods. The condition of the stream has not changed within our knowledge. The river is not polluted by works above, nor by mines.

Obtain supply of water from coal pit, and consume 1,240,000 gallons yearly. Use yearly cannel coal, 20,000 tons ; sulphuric acid, 340 tons ; caustic soda or other alkali, about 50 tons. Produce naptha, 21,000 gallons; crude paraffin, 53 tons ; lubricating oil, 500 tons ; illuminating oil, 208,000 gallons; and sulphate of ammonia, 36 tons. Produce 104,000 gallons of condensed water, separated from tar after removal of naphtha; 450 tons of spent sulphuric acid after first purifying process, and 120 tons of spent caustic soda, and tarry mutter, after second purifying process. We recover the spent sulphuric acid and spent caustic soda, and evaporate all our other liquids. Produce yearly 14,000 tons of spent coke, which we use, part for fuel and sell the remainder. Use steam, 40 nominal horse-power. Consume 2,400 tons of coal, the ashes from which are conveyed to the spent shale heap.

The excrements of our workpeople are sold to farmers, and used for manure. We consider, with reference to the best means of avoiding pollution in future, that it is merely a question of expense to the manufacturer, to utilize his waste products within his works, by erecting proper apparatus for that purpose. We consider that rivers and streams ought not to be polluted by any waste products made from manufactures.

Usual terms. The works are situated about 1 ½ miles from the Uddingston Station C.R.

N.B. - There is a good Railway Siding into the Works which will be at the service of the Purchasers. Catalogues will be ready by the 22d inst., and will be had from Mr. Anderson, at the Work; or from the Auctioneers. Wishaw, 18th August 1874.

The presence of gas coal as a contituent of the Splint Coal is typical of the Bothwell-Uddingston area. In part of the Bredisholm field it was distilled for oil, the yield being about 32 galls. per ton.