A small-scale crude works - for the period in which it was established - equipped with two benches of retorts. The works were served by Holmes mine which worked shale in lands close to the works, north of the Edinburgh to Bathgate railway. The mine entrance however lay about a third of a mile to the south, near Roman Camp and the output was transported back to the works by a tramway crossing the Edinburgh-Bathgate line by a bridge. The crude oil produced at Holmes was initially refined by the Pumpherston Oil Company, but in later years the majority of output was processed by the Linlithgow Oil Company.

The company built housing for its workforce at Holmes Rows and Cottages. 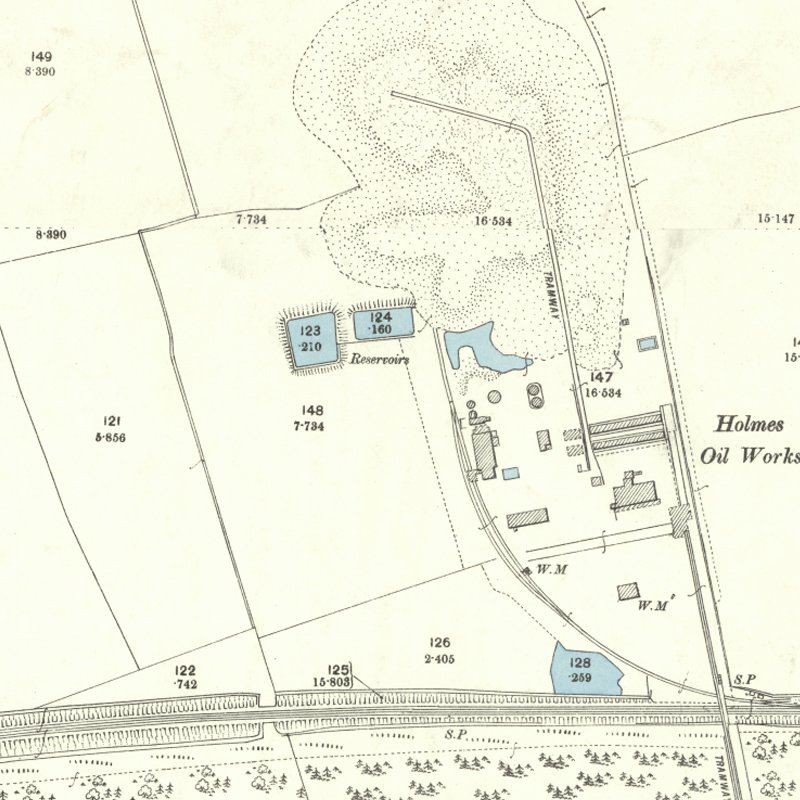 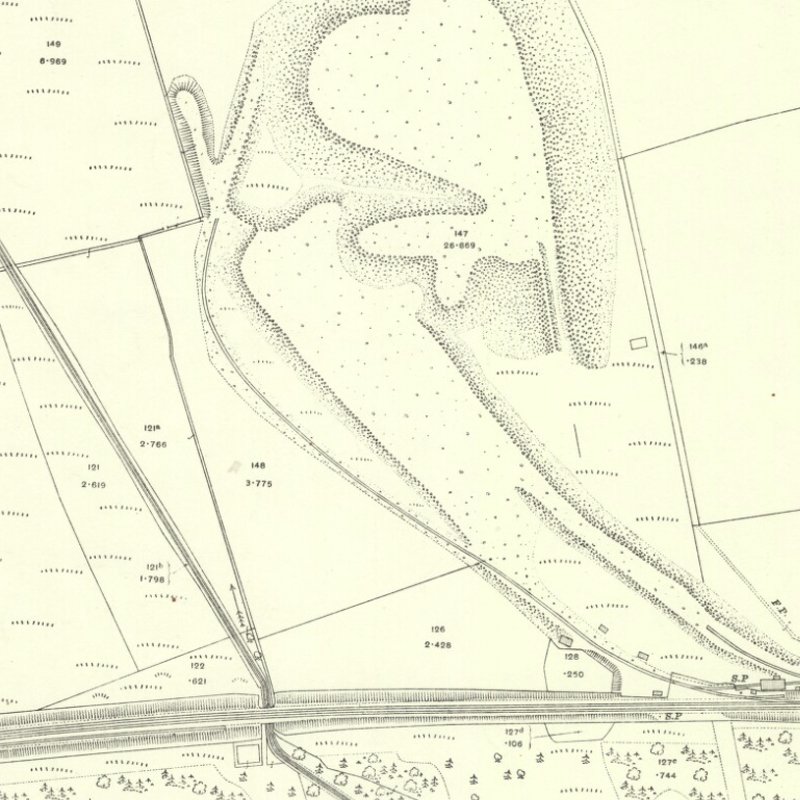 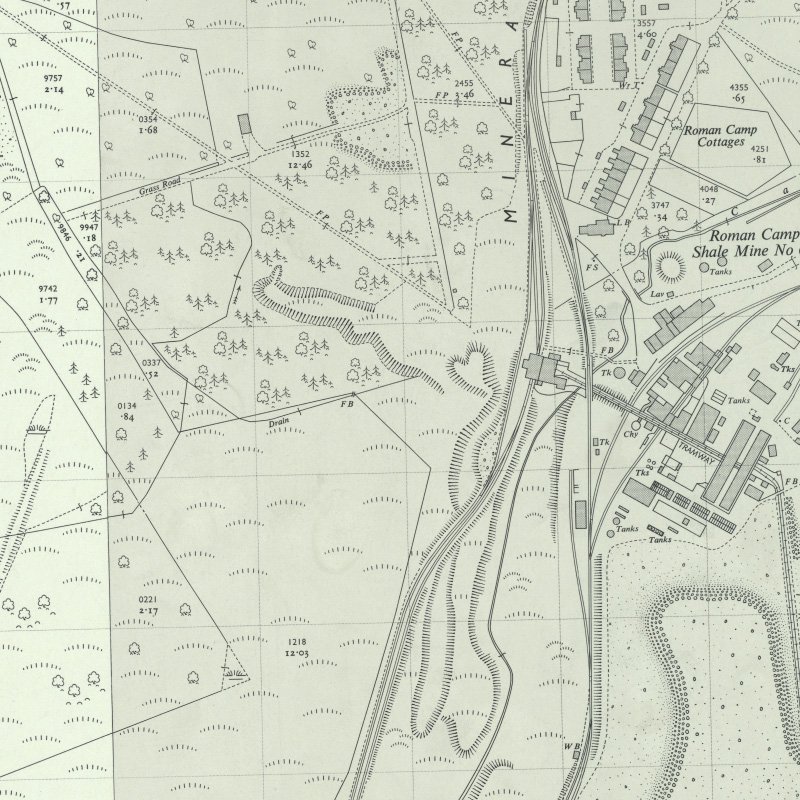 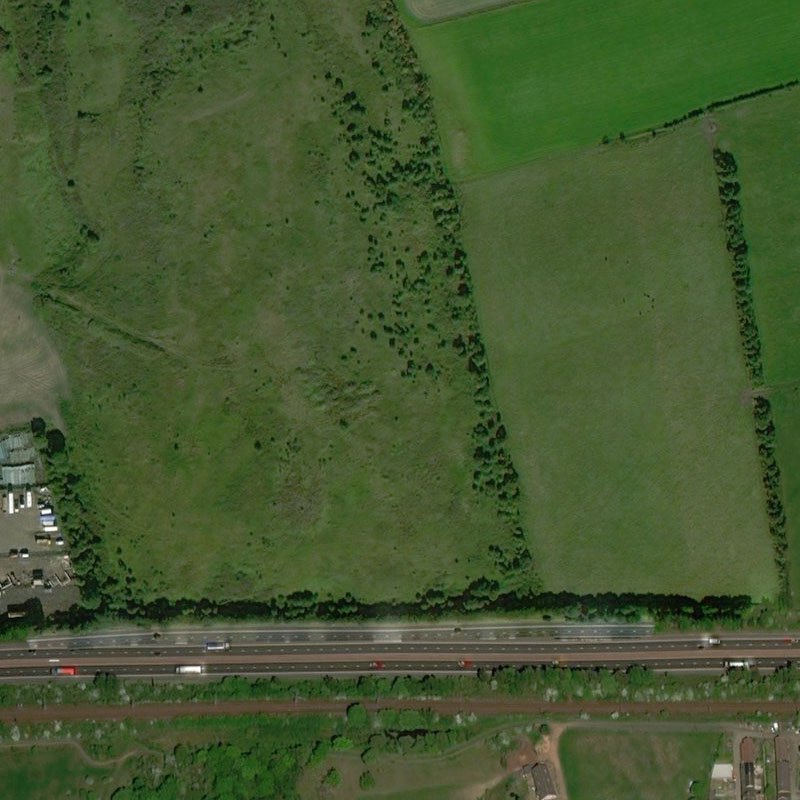 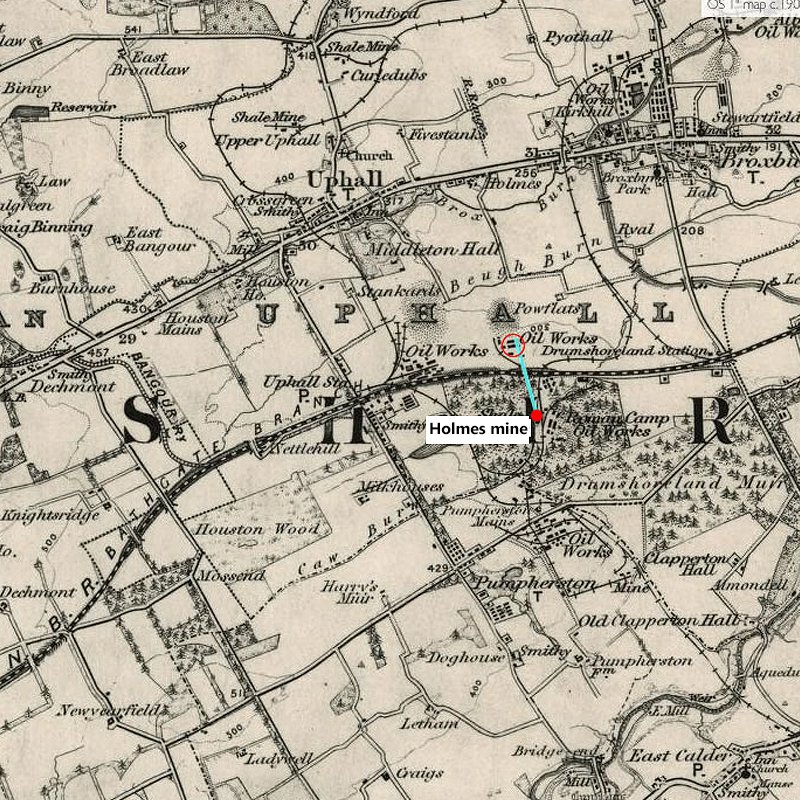 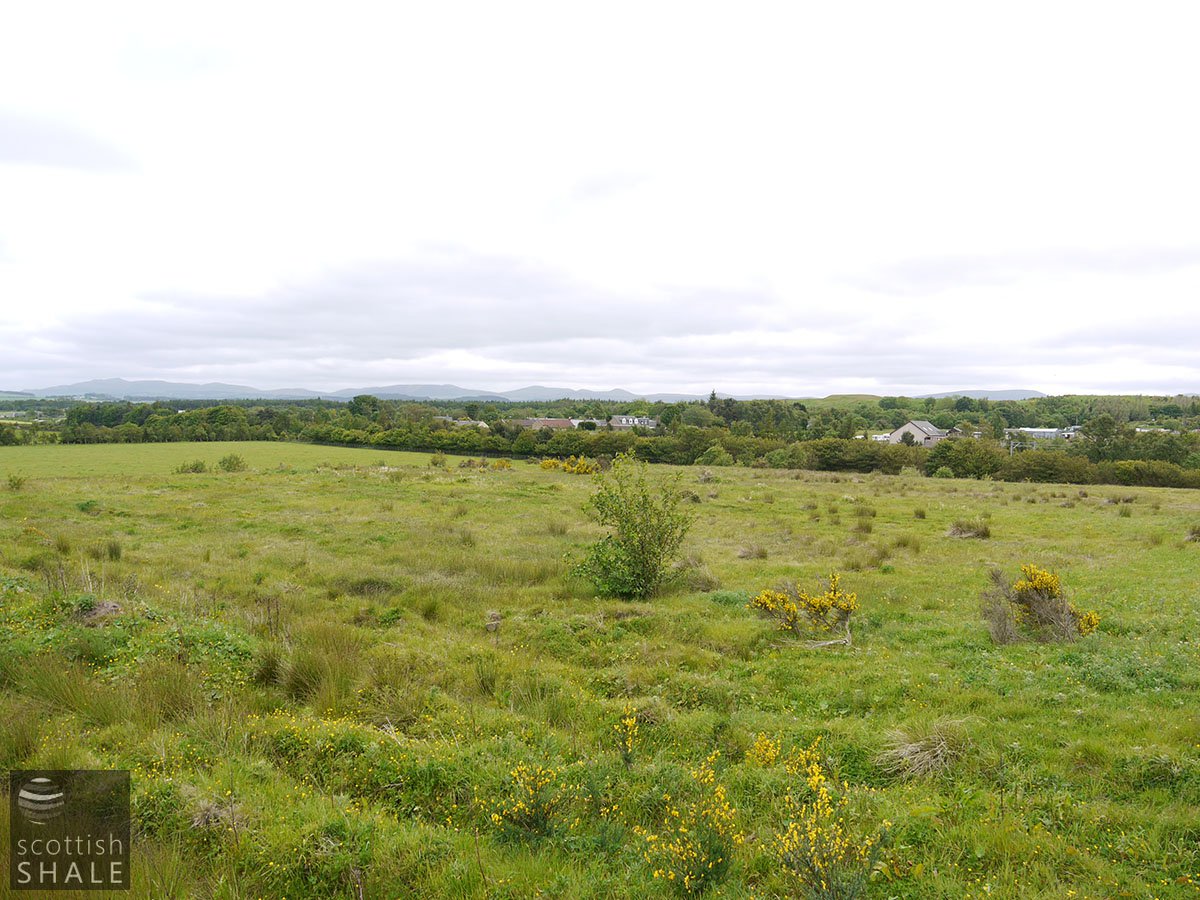 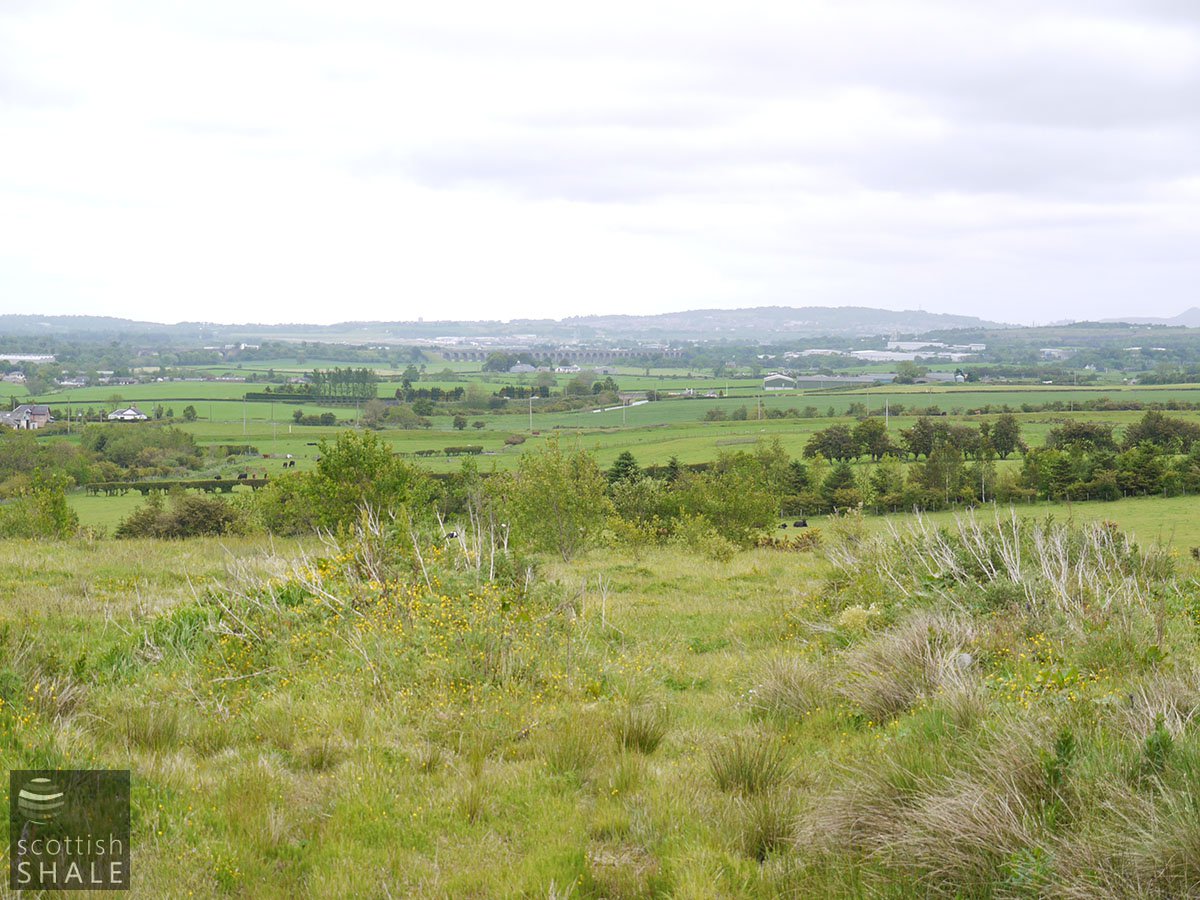 View from the oil works site towards the Almond Viaduct and Newliston. Looking east. June 2011.

Early yesterday morning a destructive fire broke out in the engine-house at Holmes Works, Broxburn, caused by the fall and.explosion of a naphtha lamp. The flames soon spread along the oil-saturated floor, caught the walls, and spread to the shalebreaker-house, completely destroying these buildings. The wooden scaffolding leading to the breaker from the mine was cut, as also the one leading to the retorts and tips. The engine and breaker were also destroyed by the fire. The works are at a complete standstill, throwing about 200 men out of employment. It is understood the damage is covered by insurance.

Work has been resumed at Holmes after a stoppage of about four months. The condition of the mines has been much improved, and the output of shale will be considerably increased as the result. Only one of the two benches of retorts has been started, but it is expected that the other will be working within a week or two.