Redwood notes that the works were operated by North British Oil & Candle Company Ltd from 1865 - 1883. Refinery only, made candles from 1866; property of Lanark Oil Company Ltd 1883.

Slater's Royal National Commercial Directory of Scotland for 1878 states "Within a short distance of the town, the North British Oil & Candle Co. Ltd. have in full operation works for distilling and refining paraffin oil, and the manufacture of candles, grease & c.

The Lanark Oil Company Ltd was established in 1883 to acquire the Lanark Refinery and develop the crude oil works at Tarbrax. Both operations were taken over by the Caledonian Mineral Oil Company Ltd following failure of the Lanark company in 1886. 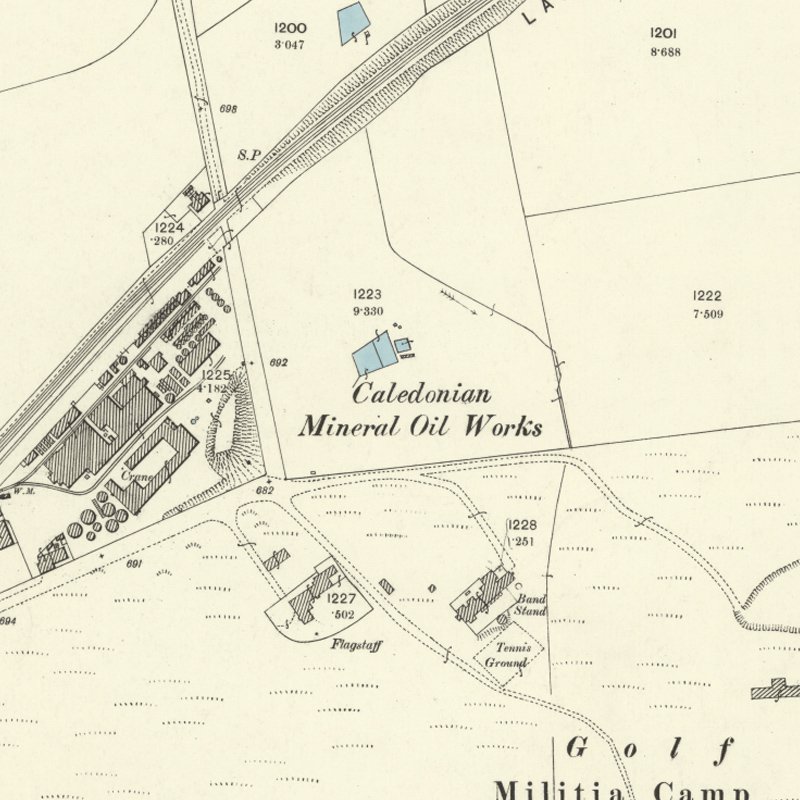 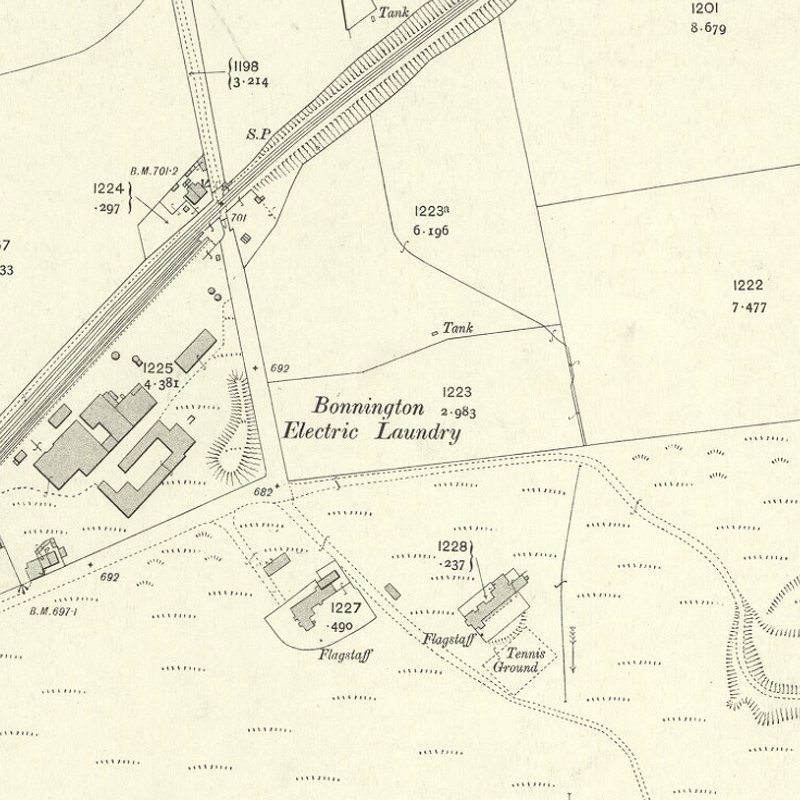 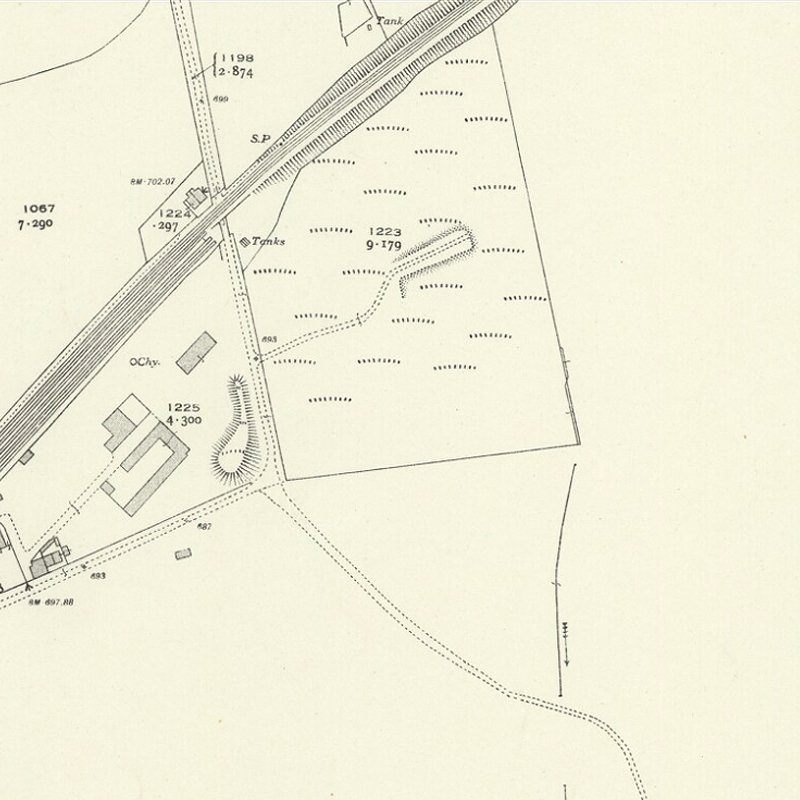 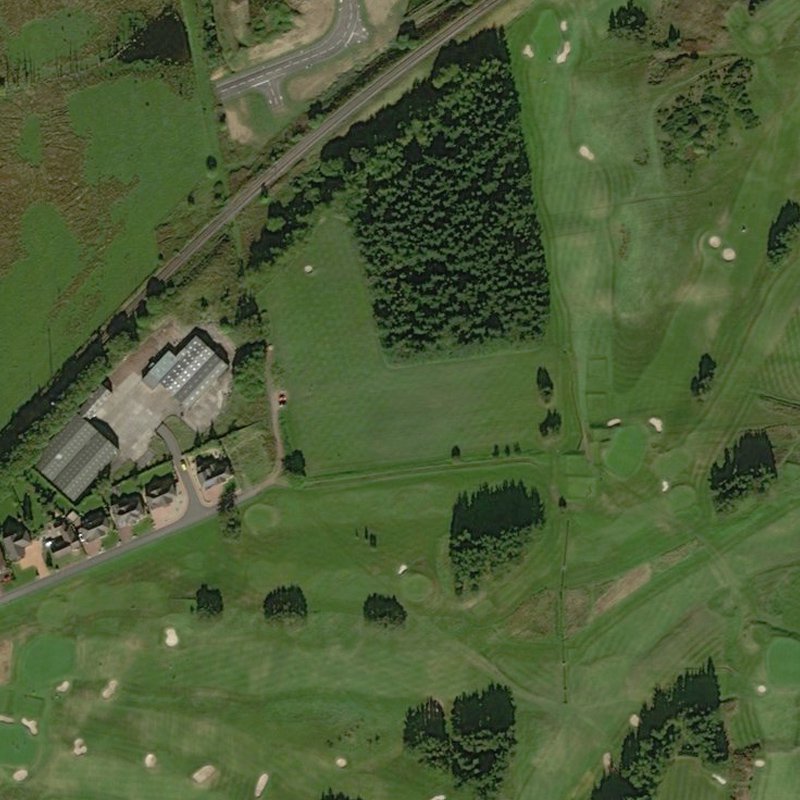 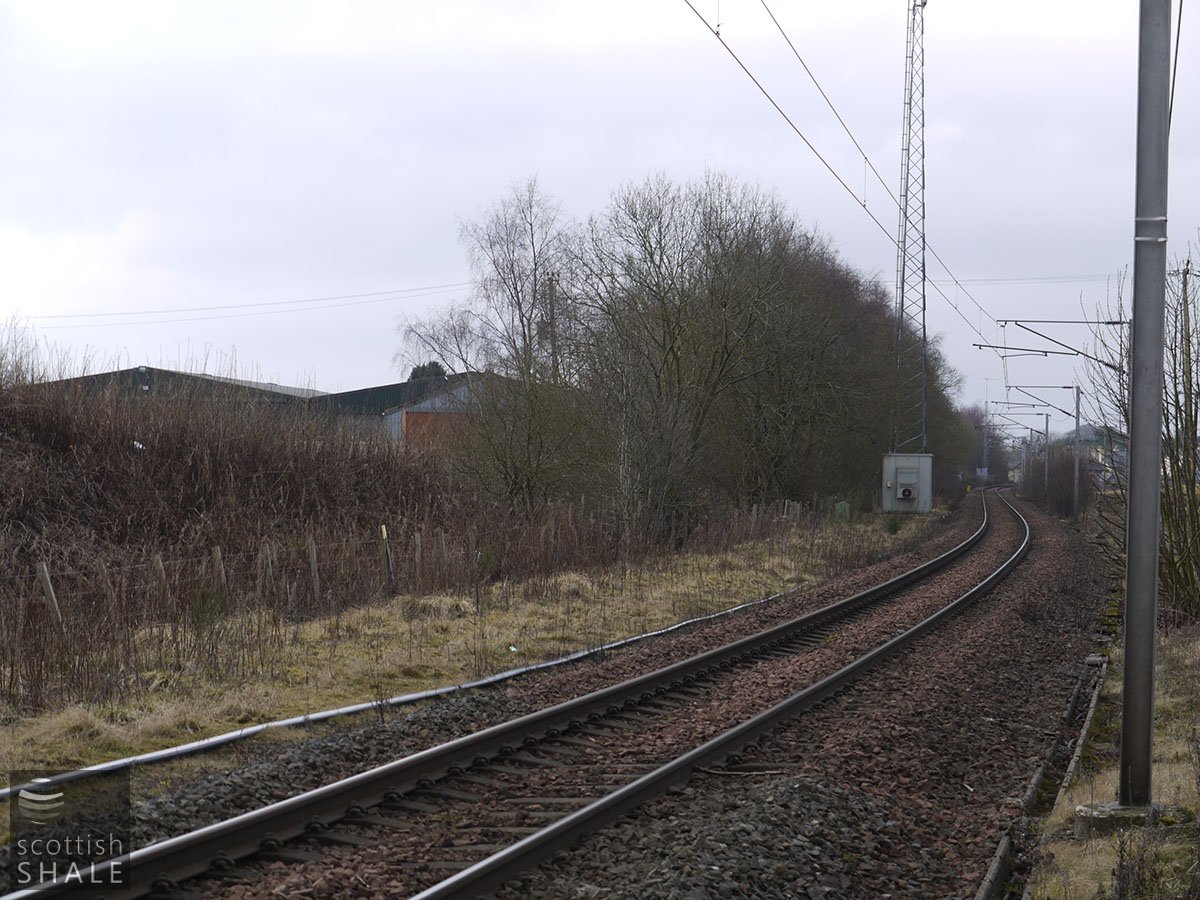 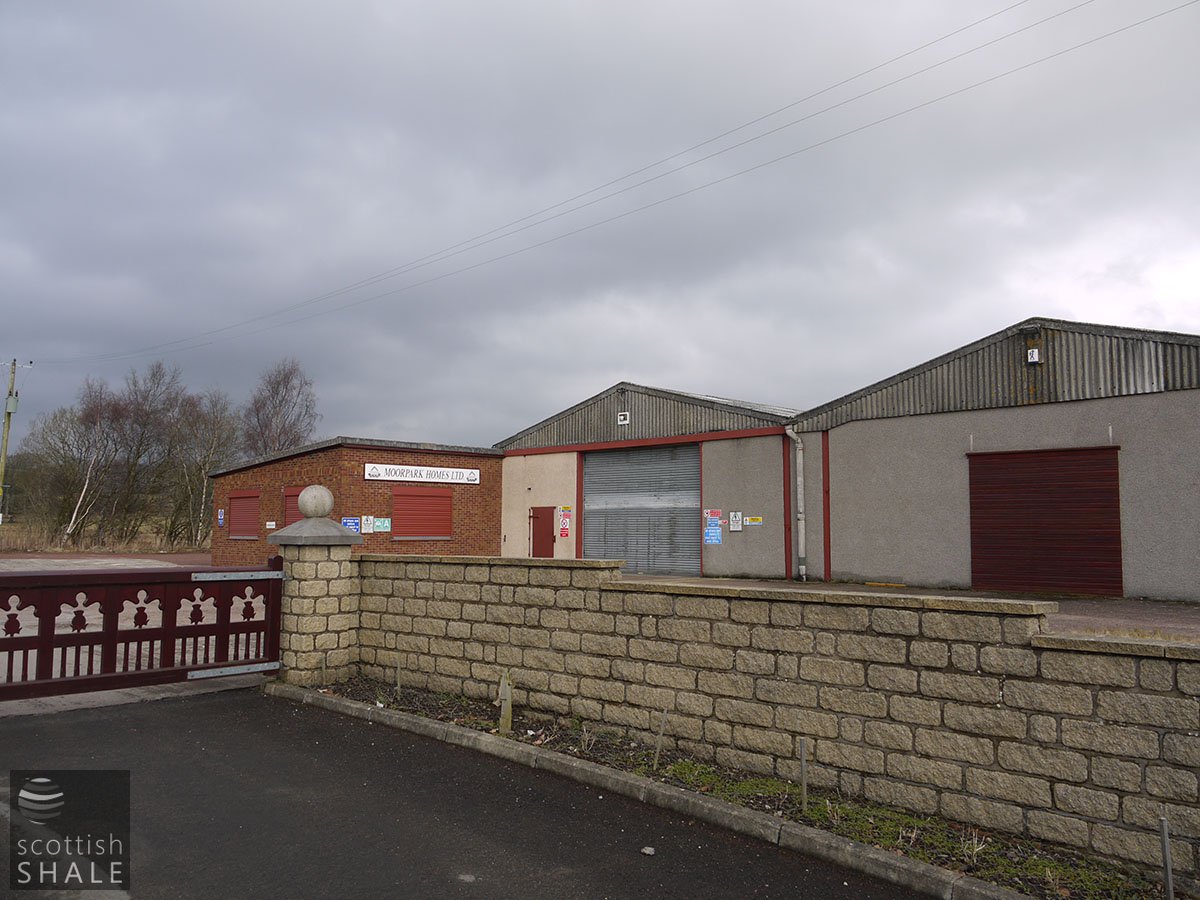 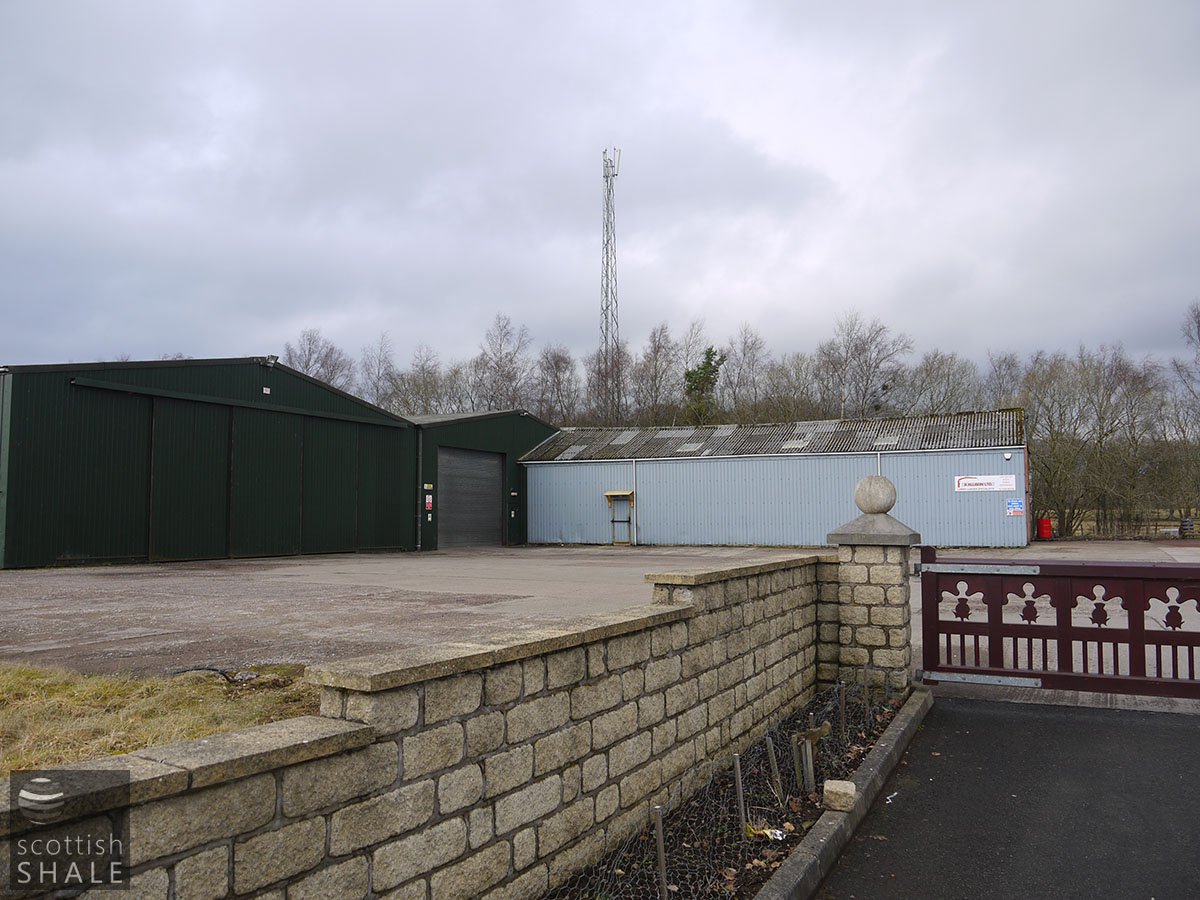 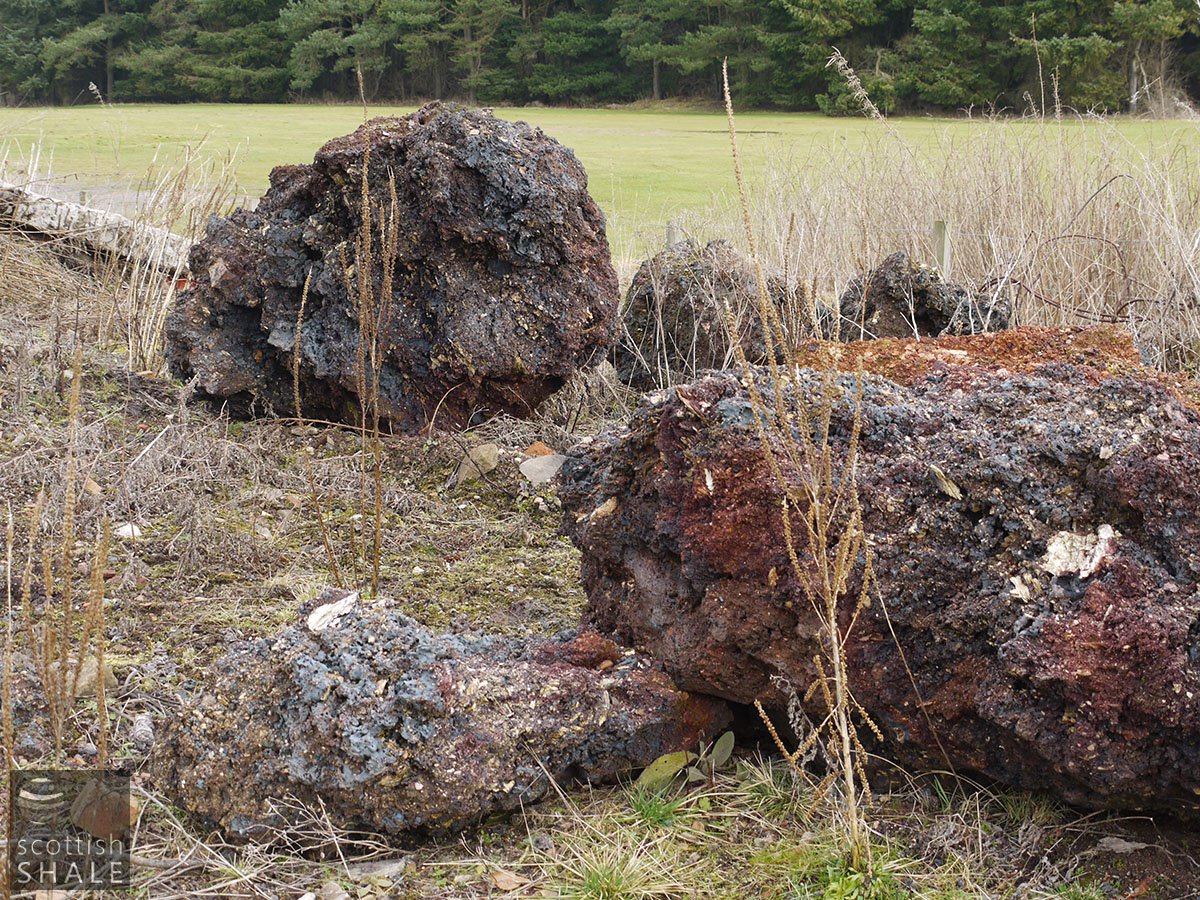 A company for the making of paraffin oil have been for sometime examining the land around Lanark for the purpose of erecting works to make Paraffin oil, &c, and they have fixed upon a spot ground in the Burgh Common, belonging to the town, and adjoining the railway lying on the south side of it. The Town Council agreed to the company's request to be allowed to lease the ground, and at a meeting resolved to expose the ground to public roup. This resolution was carried by a majority of 11, two voting against it and 13 for it.

One of the Town Councillors (Mr. Rankin) has now thought proper to try and stop the works from being proceeded with, and has written to Mr. Orr, 14 Royal Exchange, Edinburgh – the gentleman managing the affair on behalf of the oil company – a letter, threatening to interdict. In Mr. Rankin's letter, he says, "The Council, I am satisfied, will not, in the articles of roup, give permission to the company to carry the drainage into the burn or ditch, in whatever way the articles are worded. On this head the Council will take care not to involve themselves with the drainage. I have to advise you that an interdict may be put up on the day of sale against the land proposed to be put up being let at all."

We do not exactly understand where Mr. Rankin obtains the information he talks about of interdicts, and what the Town Council will do or not do. We should think that the inhabitants of Lanark would only be too glad to learn that gentlemen have offered to set up a work here; and, with the exception of Mr. Rankin, we have not heard a word against the undertaking. Before Mr. Rankin penned the epistle, trying to frighten the company, we understand that the Town Council had agreed to give them all the requisites they required as to drainage, and we anticipate that before long we shall see a flourishing work, employing nearly 100 hands, in the Burgh Common.

TO BUILDERS. TENDERS WANTED, by the NORTH BRITISH OIL AND CANDLE COMPANY (LIMITED) for the MASON and BRICK WORKS of BUILDINGS to be Erected at WHITELEES, near LANARK. Forms of Tender may be obtained and al other particulars given, on application to Mr. A.G. Southby, the resident Engineer at Lanark; or to Mr. William Baird. Architects. Airdrie; with either of whom offers must be lodged on of before the second day of June. Contractors may offer for the Mason and Brick Works together of separately, as they may think proper. The Company do not bind themselves to accept the lowest or any tender. Lanark, May 23rd. 1865.

36 HORIZONTAL RETORTS FOR SALE . There will be exposed for Sale, by Public Roup, on Friday the 28th April current, at One o'clock PM at the WORKS of the NORTH BRITISH OIL and CANDLE COMPANY (Limited), situated near Lanark, 36 HORIZONTAL CAST IRON RETORTS, with all the Condensers, Pipes, and Connections. These may be seen any day prior to Sale on application to the Manager at the Works. The Conditions of Sale are with Messrs, Hill Reid & Drummond, WS 42 Frederick Street, Edinburgh. LAWRIE & SYMINGTON Auctioneers.

The spent sulphuric acid after the first purifying process is burned ; and the spent caustic soda and tan-y matter, after the second purifying process, is partly evaporated. The soda is recovered and the solid refuse, spent coal, or shalp, is collected in a heap on our premises Use steam, 20 nominal horse-power. Consume yearly about 3,000 tons of coal ; the ashes from which are placed upon a waste heap. The excrements of our workpeople are collected in ordure closets and used for manure.

Have no suggestions to offer as to the best means of avoiding pollution in future, or as to the conservancy of rivers and streams.

Yesterday morning the works of the North British Oil and Candle Company at Lanark were almost totally destroyed by fire which broke out in the freezing-room and rapidly spread through the buildings. The loss cannot yet be estimated, but raw and manufactured paraffin to the value of £20,000 was destroyed. The damage is stated to be partly covered by insurance.

The Lanark Oil and Paraffin Refinery first erected somewhat over 20 years ago, and carried on as an oil and paraffin refinery until burned down. About five years ago they were reconstructed and thoroughly modernised. They consist of substantial buildings, stills, oil boilers, solid paraffin extracting and refining plant, refrigerators, candle factory, workshops, stock tanks, (capable of holding 300,000 gallons of oil), railway sidings, superior manager's houses, foremen's houses, offices &c., all as more fully detailed in the inventories.