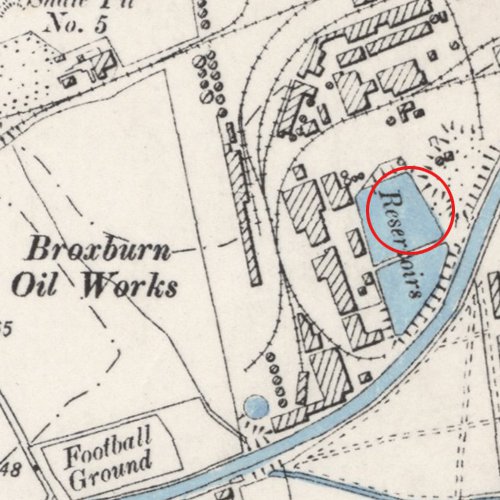 For more information on the complicated history of Broxburn's early oil works, see this overview.

Redwood notes that Liddell's works were situated; "at the West end of Broxburn", operated between 1862 and 1867, and had 30 horizontal retorts.

Primrose, in "Strathbrock or The history and antiquities of the Parish of Uphall", 1898 states:

"In 1869 Mr. James Liddell erected a crude oil work of 40 horizontal oval retorts. These works — the last of the minor enterprises — stood close to the north side of the canal about 100 yards west of Greendykes Road."

It appears that the works were constructed on the lands associated with Broxburn Hall (55.932174, -3.467635) lying north of the Union Canal. This ground was subsequently occupied by the refinery section of Broxburn Oil Works.

Redwood notes that the works were equipped with 30 horizontal retorts.

Right: 25" OS map c.1898, at which time the site lay within the Broxburn Oil Co. Ltd. refinery. The red circle marks the presumed site of the oil works. 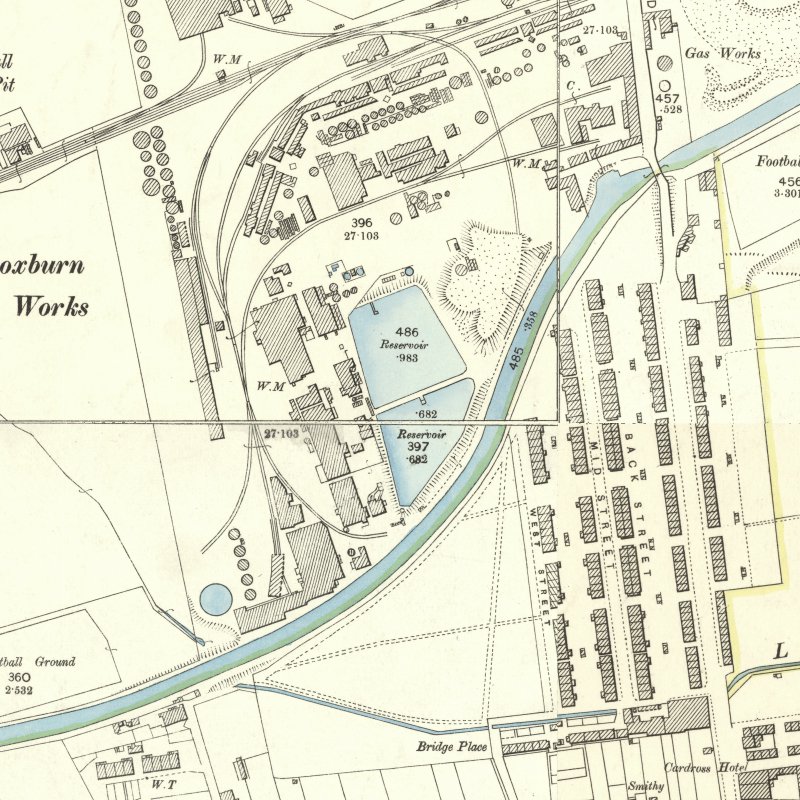 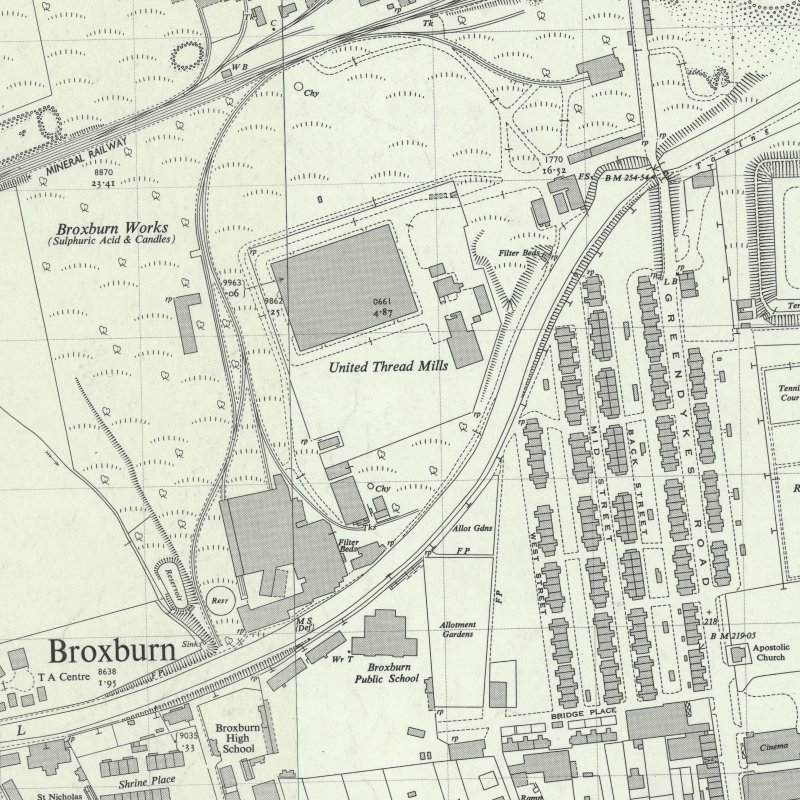 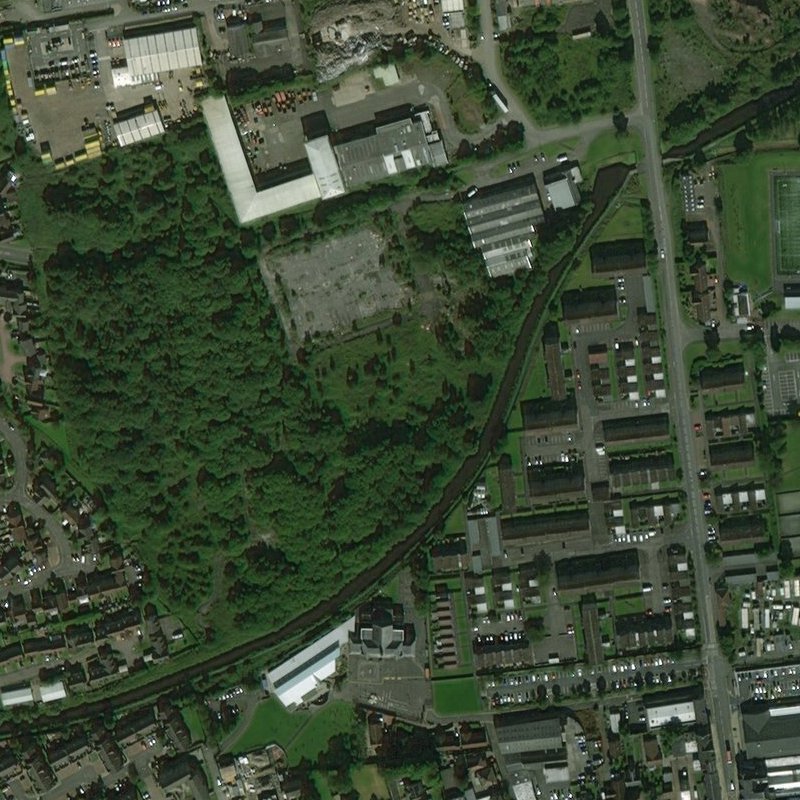 A letter was read from Messrs Jas. Liddell & Coy. dated December, Twenty Sixth, 1877, offering to hand over to the company, for the sum of Six Hundred Pounds, their whole works, property and lease of land at Broxburn. The directors decided not to accept their offer, nor in the meantime would they consider it advisable to take over the works as offered.