Not listed by Redwood. Valuation rolls detail ground occupied by shale, suggesting that crude oil was, for a period, produced on site. The business appears to have continued as a paraffin refinery, eventually being operated by William Walls & Company Ltd. 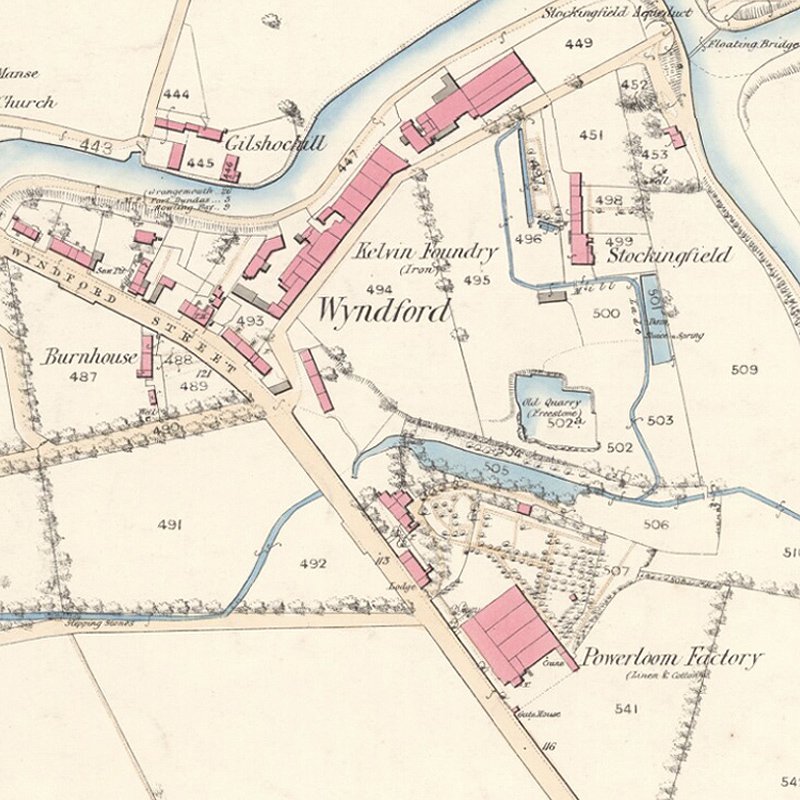 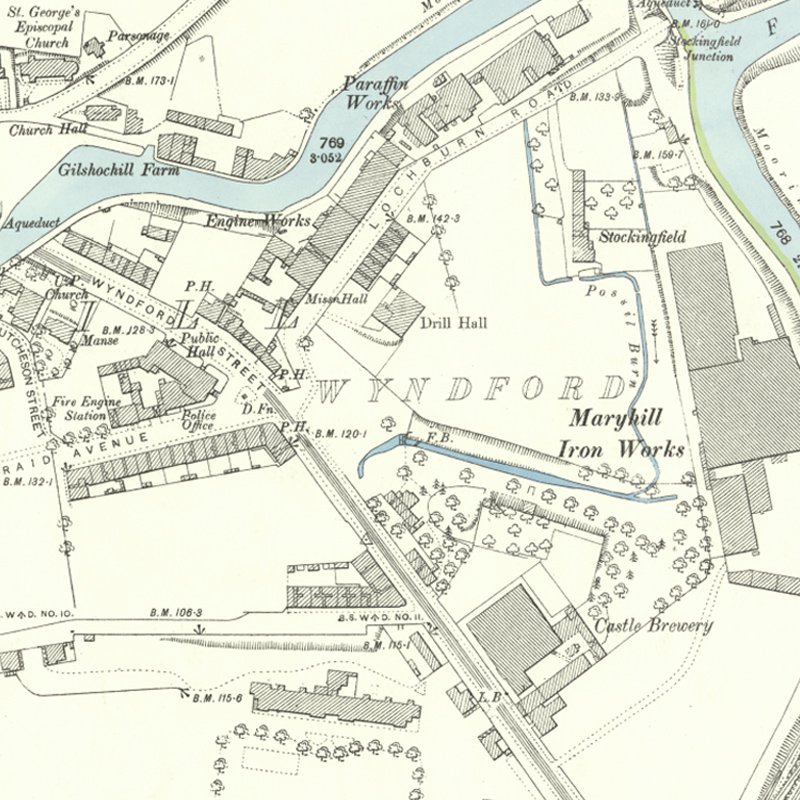 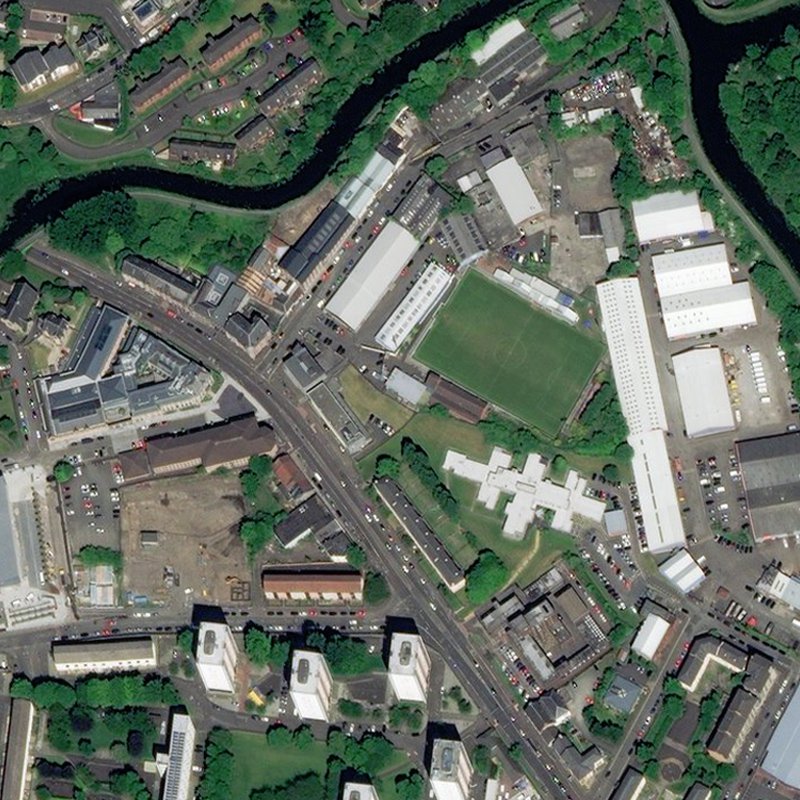 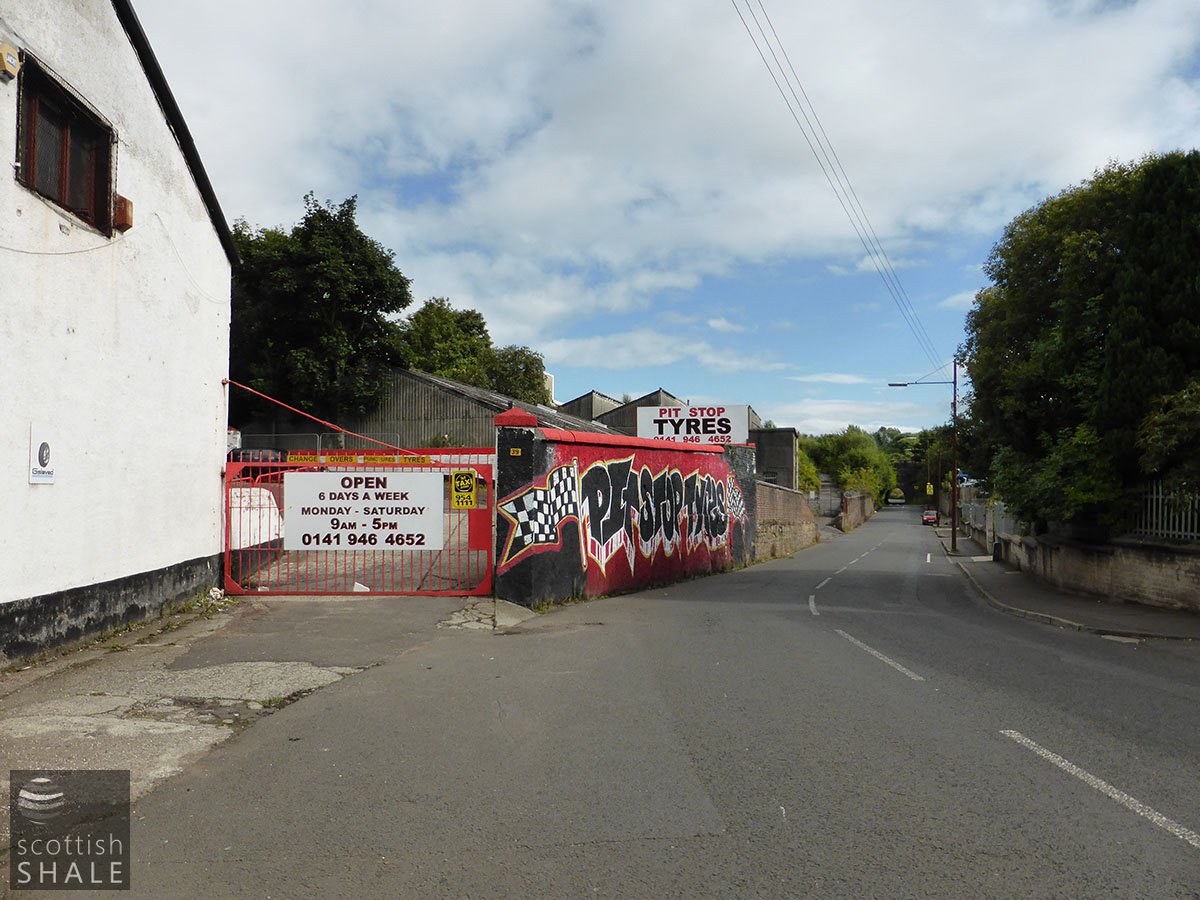 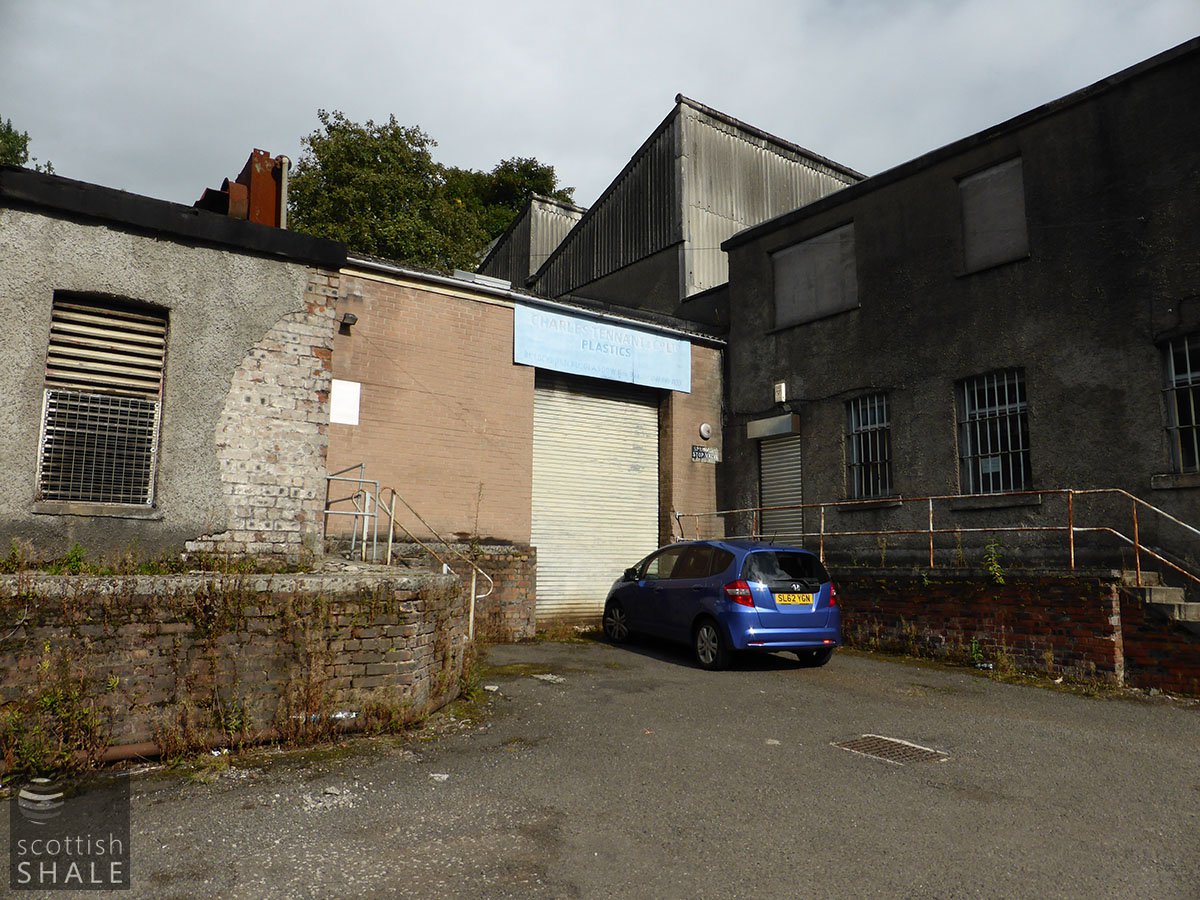 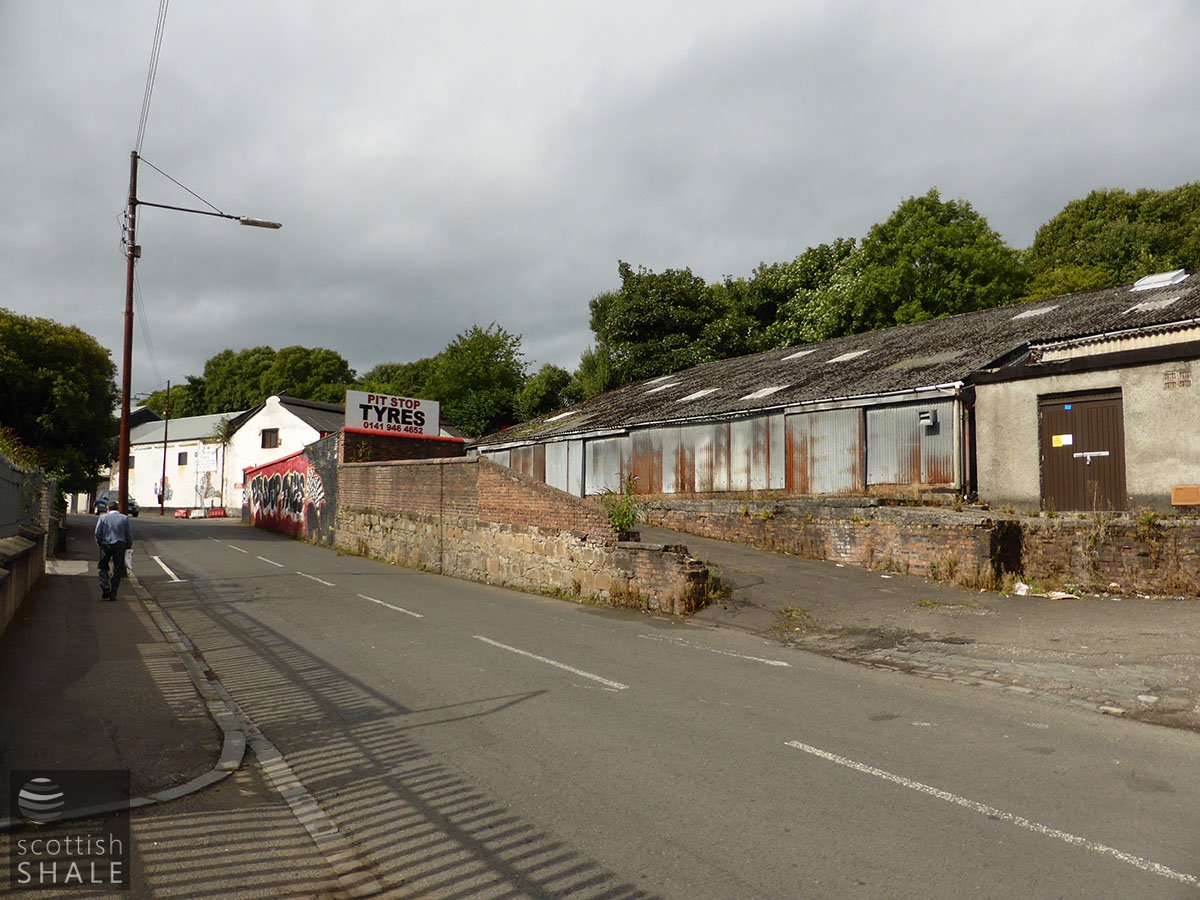 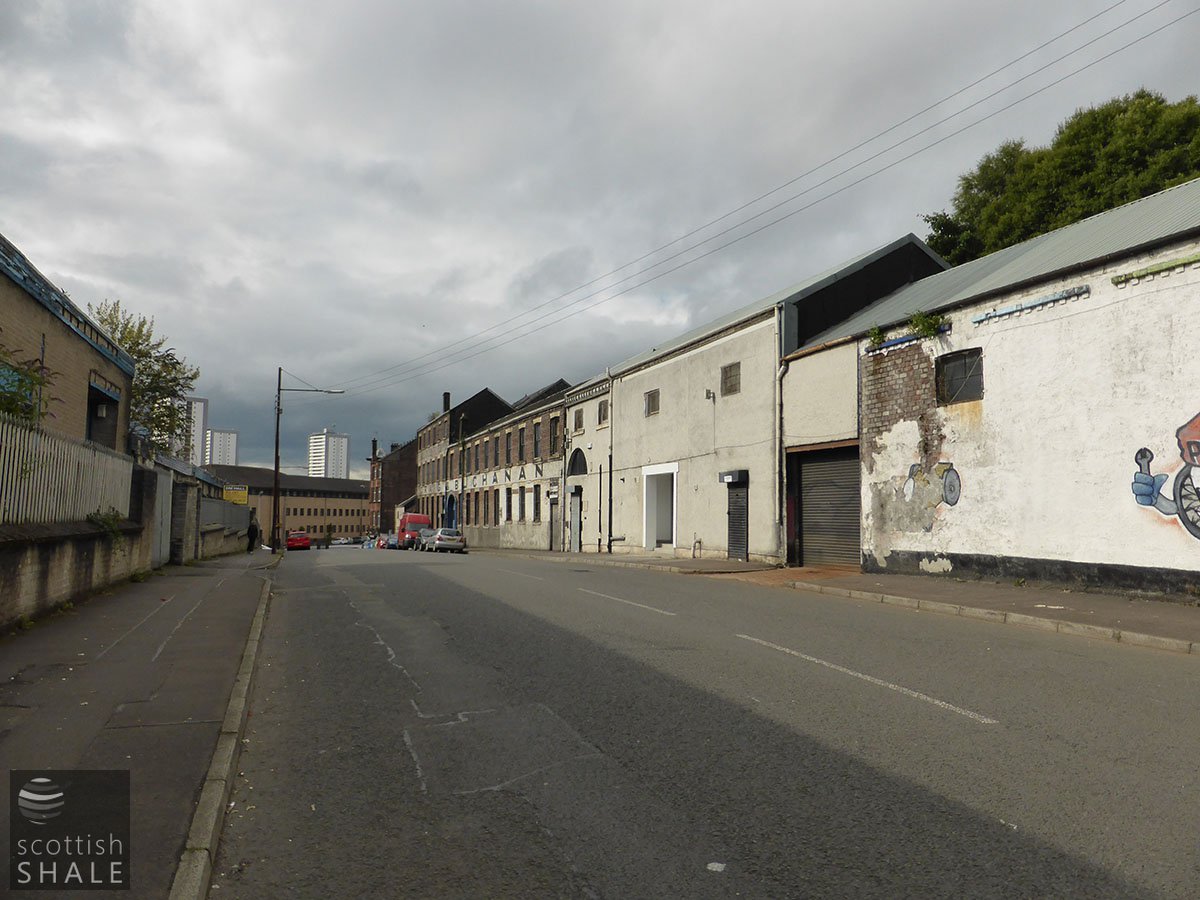 Shortly before eleven o'clock last night the extensive paraffin oil works at Lochburn, Maryhill, owned by William Walls & Co., of Glasgow, was discovered to on fire, and in the space of two hours a large portion of the building—a brick one —was totally destroyed. Shortly after the fire commenced Captain Gillon, Lieutenants Farquhar, Mansel, and Anson, of the Ist Highland Light Infantry, were on the ground, and, seeing how matters stood, they had the fire alarm sounded in the barracks, and in a very few minutes several hundreds of the infantry were at the fire, and did good service in carrying out goods from the storeroom and other places on to the road. The pioneers of the regiment were also on the ground, and once threw down the wall on the south side Lochburn Road, so that the large amount of paraffin which was in a prepared state might be safely deposited in the field opposite, and out the way of the fire.

This morning the flames were bright ever, and showed signs of abating for several hours. It was believed the whole works would be destroyed. The night watchman at the works was severely burned, and bad to be taken home. The loss must be very great, several large tanks were located in the sheds where the fire originated.

At this day’s Court—before Provost Murray, Bailies Craig and M‘Kellar—Mr, J. B. Young, of the firm of Moncrieff, Barr, Paterson, & Company, appeared behalf of William Walls & Co. in reference to the plans which were before the Court last week for the erection of additional buildings at Lochburn Oilworks, Maryhill. The case was postponed in order to see if the Roads and Bridges Act did not overrule the agreement as to the width of the roadway that was to come to with |the Barony Statute Labour Trust.

Mr. Young read the 47th section of the Act, and from it contended that the Local Authority Maryhill, which had now become the Head of Trustees, were, as the Act said, bound to implement the agreement to take upon themselves of the late Trust Mr. Foulis (the assessor) said that was quite clear, and it just depended to what legal construction they put on the agreement Mr. Young then read the agreement, which was drawn up the year 1875. Mr. Walls, who was also present in Court, said that for the strip ground referred the agreement, which runs along the whole frontage of his property, he paid the sum £120, and handed it over to the Trust. Mr. Young said he took his stand firmly on the agreement.

The Assessor, after looking over the agreement, advised the Court that they were bound by it. Successors to the Barony Statute Labour Trust, the Roads and Bridges Act made them subject its liabilities. Ultimately the plans were passed on the lines of the 1875 agreement. Mr. Walls said he was willing to bear his share of the expense of improving the level of the roadway. The Provost intimated the Works Committee met on Thursday first, when something definite in that line would be arrived at

Fire was discovered yesterday morning in the premises of Messrs William Walls & Co. (Ltd.) , general oil merchants , 81 Lochburn Road , Maryhill . It originated in a one-storey brick building with a corrugated iron roof . The Fire Brigade extinguished the fire with three lines of hose, but not before the store and contents were destroyed. The estimated damage is £ 600