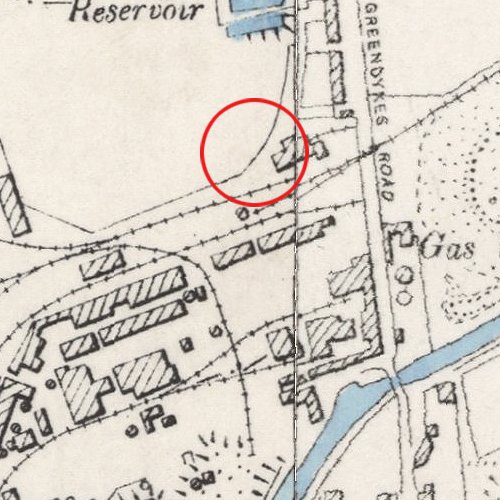 For more information on the complicated history of Broxburn's early oil works, see this overview.

Redwood lists a Hutchinson's Oil Works, which operated between 1864 and 1866, although this reference might relate to the Bishop Street Oil Manufactory in Glasgow operated by George Hutchison & Company or other oil concerns in Glasgow associated with the Hutchison family.

The firm of Thomas Hutchison & Co., based on Lothian Road, Edinburgh, is noted in valuation roles as proprietors of a "paraffine building near Broxburn". Primrose in his book Strathbrock or The history and antiquities of the Parish of Uphall, 1898 states:

"A small refinery was put up in 1863-64, and worked for several years by Mr. Thomas Hutcheson, at the west side of Greendykes Road, where the Broxburn Oil Company's workshops are situated, opposite the present gasworks."

The refinery was presumably established to refine the crude oil produced by other local manufacturers, and the site subsequent became part of the workshop and refinery section of the Broxburn Oil Works.

Right: 25" OS map c.1898, at which time the site lay within the Greendykes refinery of the Broxburn Oil Co Ltd. The red circle marks the presumed site of the oil works. 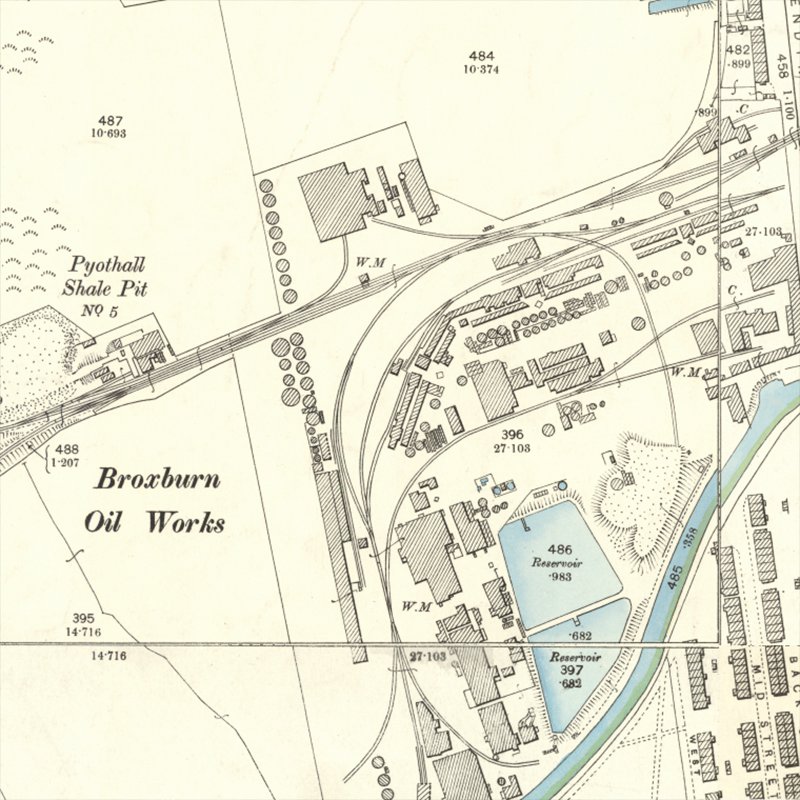 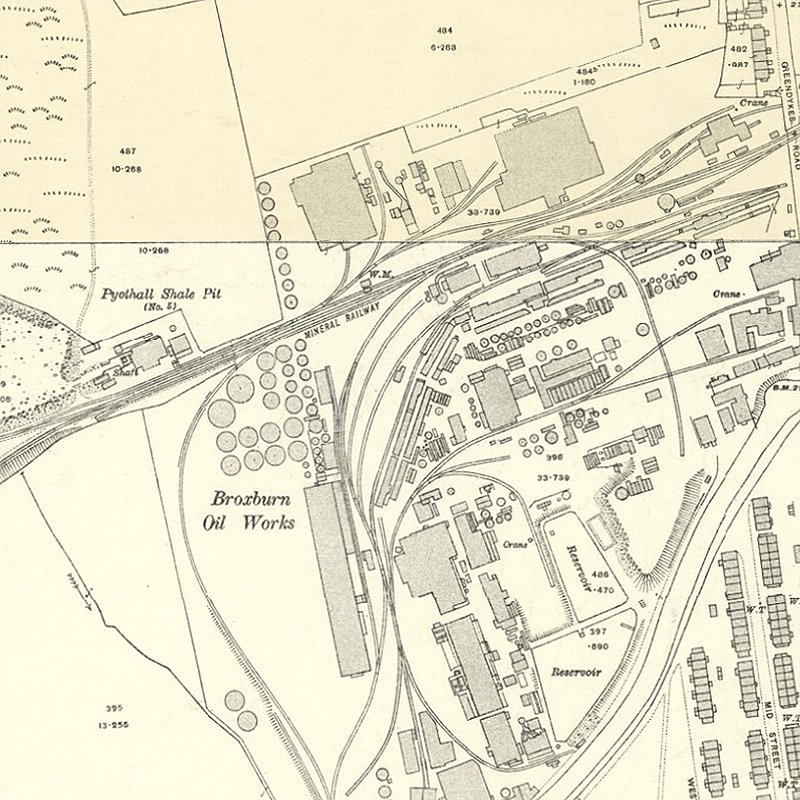 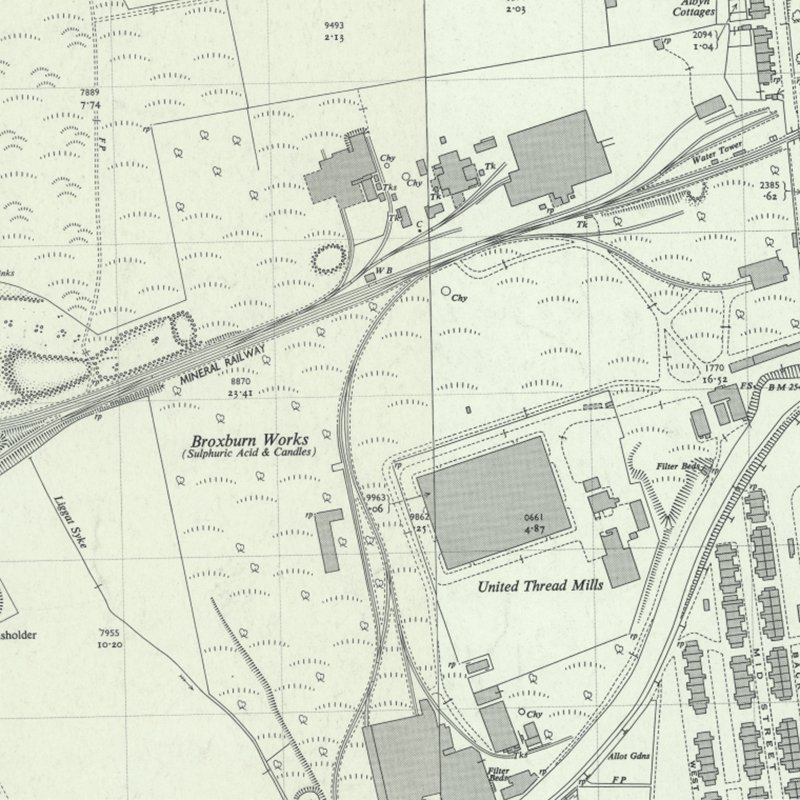 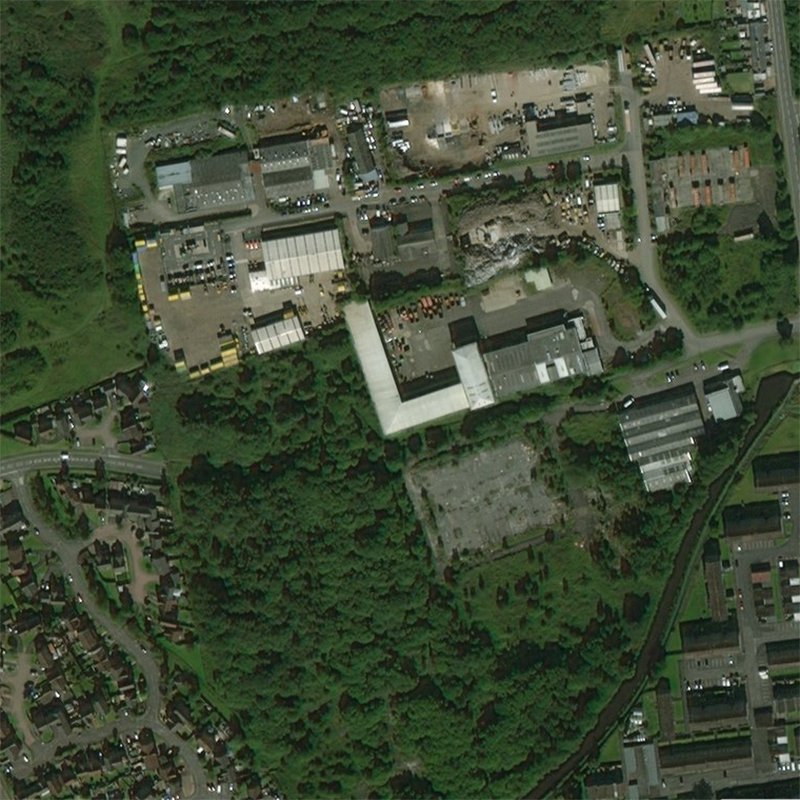 PARAFFIN OIL REFINERY. - To be SOLD or LET

The BROXBURN PARAFFIN OIL REFINERY. The Fields around supply and unlimited quantity of fine Shale of such quality as to be capable of producing a more than ordinary quantity of Superior Crude Oil. The works are in good working order, and lie on the banks of the Canal, and within a short distance of the Branch Railway now forming.