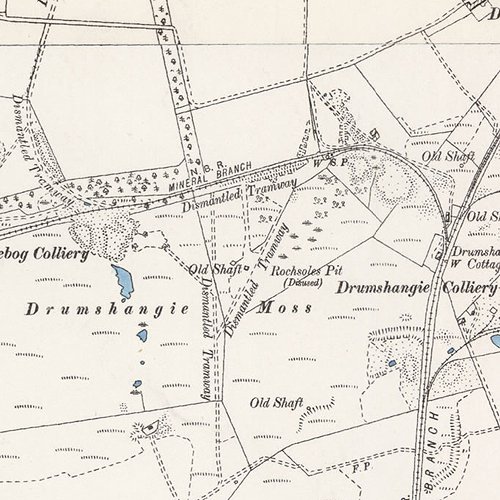 Redwood lists Roachsoles Oil Works as being located at Raebog, and operated by Law & Sons between 1864 and 1872.

The site of the oil works is uncertain, but possibly in the vicinity of Rochsoles pit, which was marked on the first edition (c.1864) and shown as disused on the second edition (c.1899). Rochsoles pit was however operated by James Struthers & Co., who were also proprietors of Stand Oil Works.

Redwood notes that the Airdrie Mineral Oil Works, Airdrie, operated between 1864 and 1874.

Rochsolloch was an industrial area between Coatbridge and Airdrie, and adjoining the Monkland Canal. Ordnance Survey maps provide no clue as to the location of the oil works.

Mapped by the Ordnance Survey of c.1899, with Rochsoles pit marked at "disused". 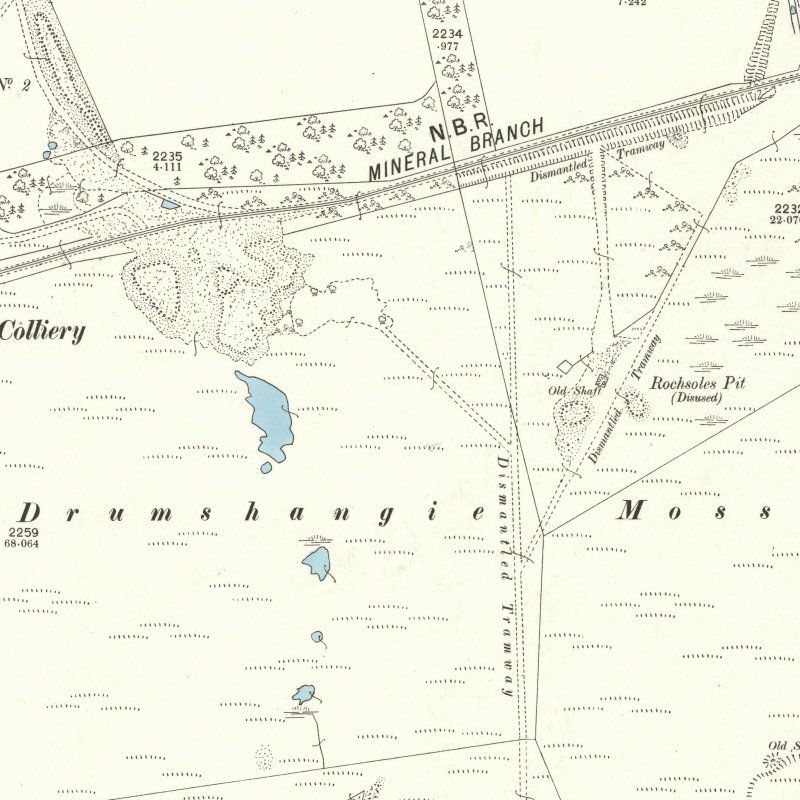 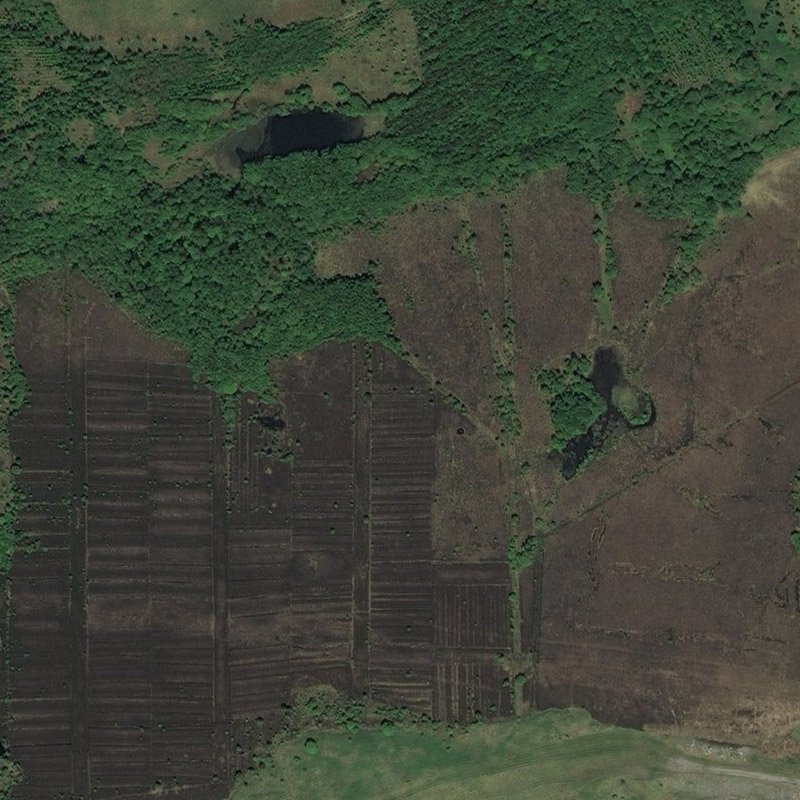 View of the Rochsoles area, looking south towards Airdrie. July 2013.

The demand for oil is increasing, and the Airdrie Oil Works, which have been standing for some time, have resumed operations.

This case was commenced yesterday. George Cowie, coalmaster, Airdrie, deceased, was the original pursuer; and the cause is now insisted in by Archibald Cowie and Richard Cowie, coalmasters, Airdrie, as his trustees.... The pursuers bore that by an agreement dated 17th, 18th & 26th April 1866, the original pursuer agreed to sell to the defenders the whole produce and output of the seams of fine gas-coal and shale contained in the seam known as the Musselband seam, and which was in connection with the Musselband ironstone at Rochsolloch... and was then being used in the district for the purpose of oil manufacture, but did not include blaize....... The late pursuer furnished to the said defenders the blaize or inferior shale and "bonnets", knowing that they were worthless. …The defenders, in consequence of this ….breach of contract on the late pursuer's part, refused to pay for the blaize or inferior shale and "bonnets", so furnished to him. After he had done so, on or about September 1866, he refused to deliver to them any more shale or coal.....the late pursuer, by withholding coal and shale, brought the defender's works to a standstill.

For SALE by Private Bargain, the OIL WORKS Erected in 1866 at ROCHSOLLOCH, near AIRDRIE, by the AIRDRIE MINERAL OIL COMPANY (LIMITED). The Works are of the best description, have been little used, and are in first-rate condition. They are well adapted for the addition of an Oil Refinery. Offers will be received by JAMES BRUCE, W.S., 2 Thistle Court, Edinburgh, till 30th September.

MINERAL OIL RETORTS, &c., for Sale at Rochsolloch, near Airdrie. - For Sale by Private Bargain, Sixty First-class Retorts, of about 10 cwt. Capacity each, with complete Condensing Apparatus. Also an Iron Tank, of 20,000 gallons capacity, One half of the Retorts have never been worked, and the remainder have been very slightly used. The whole were made and fitted up by Messrs Hanna, Donald, & Wilson, Engineers, Paisley. A transfer of the Lease of the ground on which the Retorts stand can be arranged for if desired. The subjects will be shown to intending offers by Mr JOHN McALLISTER, Rochsolloch Oil Works, and offers will be received by the subscribers, A. & J. Bruce, W.S., 14 Frederick Street, Edinburgh.