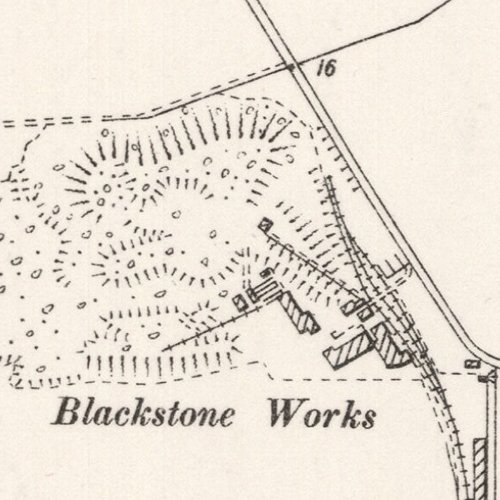 In about 1872, Airdrie coalmaster William Black and his associates acquired the mineral lease of the Blackstone estate from Thomas Speir, and set about sinking a pit to exploit coal, ironstone and shale. They formed the Blackstone Mineral Oil Company, listed in directories as "coal and ironstone masters, coal and shale oil proprietors".

The oil works seem likely to have been sited close to the Blackstone pits; the 1895 OS map, (surveyed following the dismantling of the oil works), shows a likely site slightly to the west of the shafts. Oil production seems likely to have ceased by 1880, however minerals continued to be worked at Blackstone into the first decade of the 20th century. Limestone seems also worked on site, and a brickworks was established c. 1905, presumably consuming the waste products of past mining operations. OS maps of the 1940's show the Blackstone site cleared of buildings and an aerial ropeway in operation to supply waste from the Blackstone bing to Walkinshaw brickworks.

The Blackstone oil works, operated by the Blackstone Mineral Oil Co., was an entirely separate operation from the Blackstoun Oil Works of Messrs. Allan Craig and Sons, which lay about a mile to the south west.

Mapped by the Ordnance Survey of c.1896 (6" OS), showing the works in operation. 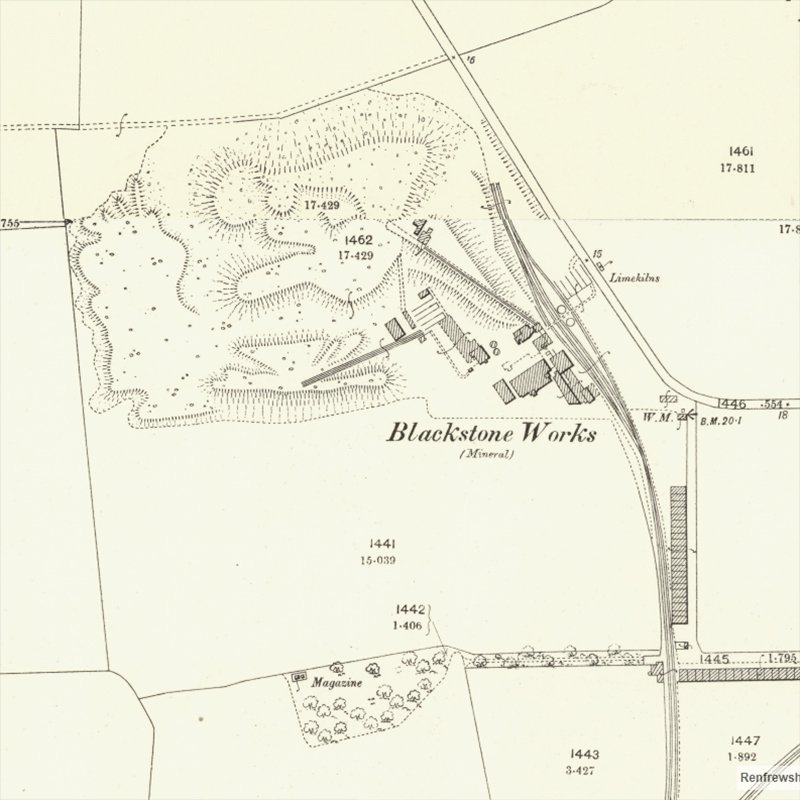 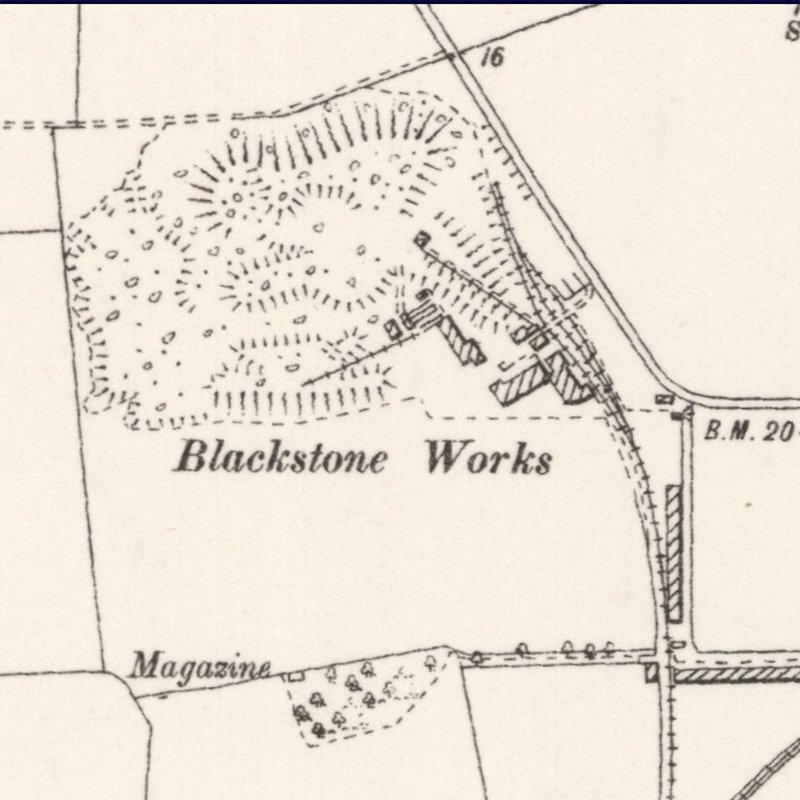 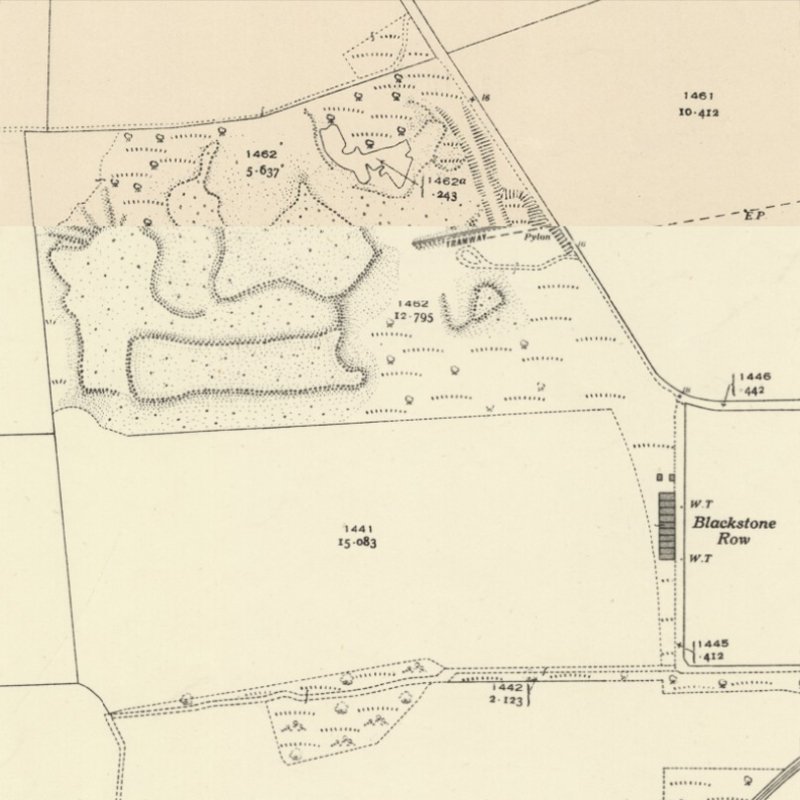 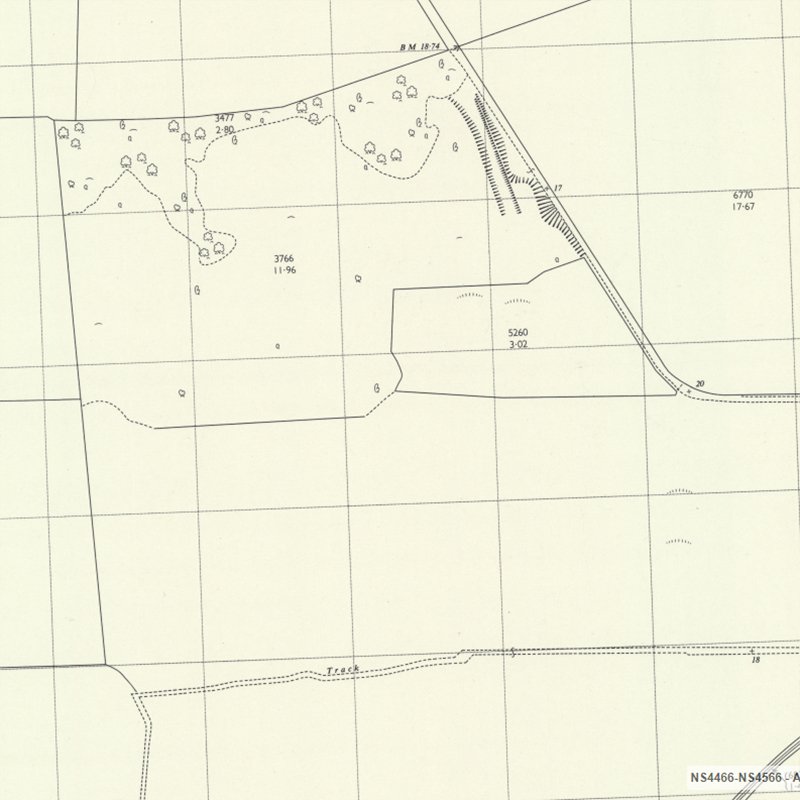 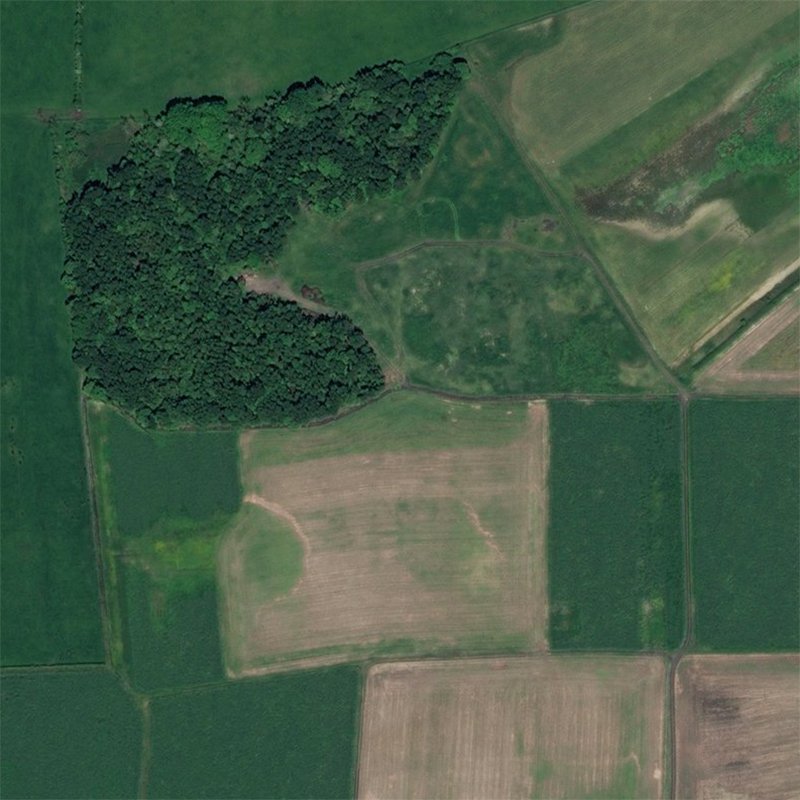 We understand that Messrs. William Black & Sons of Airdrie have leased a large extent on minerals on the Blackstoun estate from Mr. Spiers, the proprietor, embracing ironstone, shale and coal.

On Wednesday, the workers at Blackstone Work were allowed a half-day holiday and a handsome treat by the kindness of their employers, on the occasion of the marriage of Mr. Gavin Black, Stanrigg, one of the owners, Toasts were drunk with enthusiasm to the health of the newly-married couple, and prosperity to Messrs. Wm. Black & Sons. Dancing followed, which was vigorously sustained till late when all parted highly pleased with the entertainment.